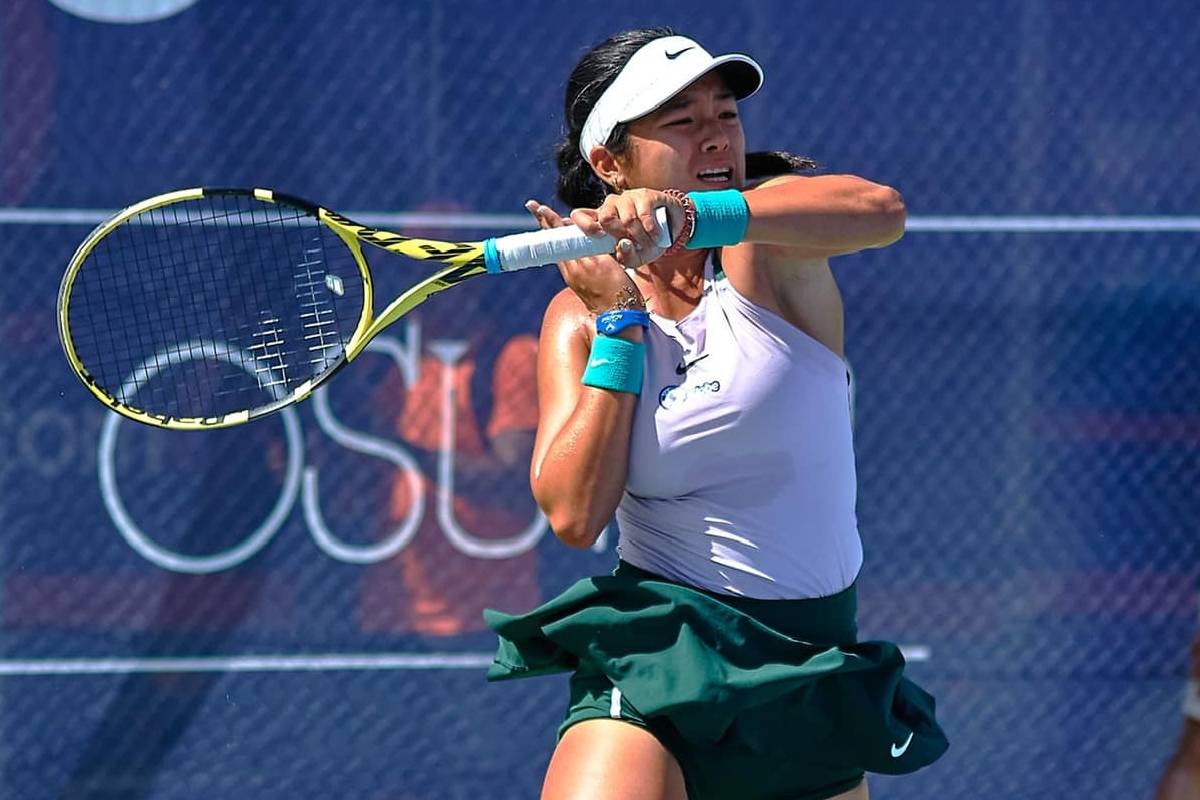 Alex Eala got off to a strong start in the W25 Open Generali Ciudad del Palma del Rio, winning her opening matches in both singles and doubles on Tuesday at the Polideportivo Municipal el Pandero in Palma del Rio, Spain.

Fresh off a runner-up finish in the W60 VIII Open ITF Arcadis Brezo Osuna at the Club Deportivo Brezo Osuna in Madrid, Spain,

Eala picked up where she left off as she continued to display her sharp form in dominating 20-year-old Jimar Geraldine Jimenez of Chile, 6-2, 6-0 in the round of 32. The 17-year-old Eala dropped her serve just once the entire match but broke Jimenez six times, thrice in each set.

The road starts getting tougher for the Filipina beginning in the Round of 16 of the $25,000 ITF event where she awaits the winner of the first-round encounter between 2nd seed Jessika Ponchet of France, ranked 222 in the world, and Valeria Savinykh who is 289th in the world.

Now ranked at a career-high 337th in the world in women’s singles, Eala came back later in the day to team up with the Spanish ace who defeated her in the Madrid ITF finals two weeks ago, Marina Bassols Ribera.

Eala and Bassols Ribera will now advance to the quarterfinals where they will be facing Ashley Lahey of the United States and Marta Huqi Espinas of Spain.