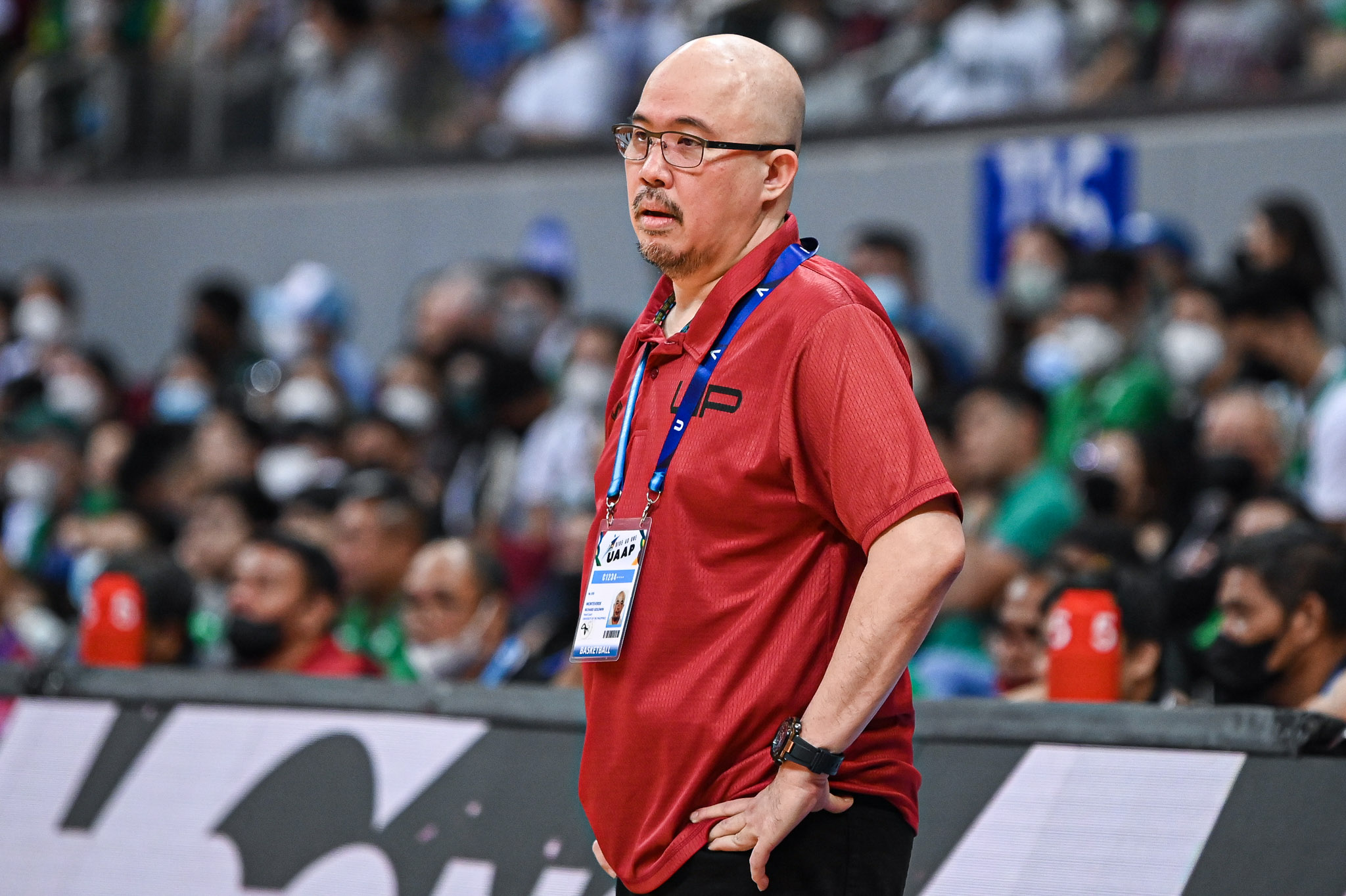 University of the Philippines earned the lovable monicker ‘Cramming Maroons’ from its fanbase early in the UAAP Season 85 men’s basketball tournament.

This was due to the Fighting Maroons’ slow start before picking it up in the latter stages of their matches. Then eventually, the team would get the hard-earned wins.

Fast forward to its 12th game, consistency is still a problem that UP cannot solve despite sitting atop the league’s standings.

And on Sunday at the packed SM Mall of Asia Arena, the defending champions’ inconsistency came back to bite them.

They saw their seven-game winning streak snapped as De La Salle University triumphed with an 82-80 escape in front of 13,092 fans.

“I guess yun pa rin. Yung consistency namin. We need to improve on it,” lamented UP coach Goldwin Monteverde after the match that dropped them to 10-2, a full game ahead of closest pursuer National University at 9-3.

Harold Alarcon, James Spencer, and Carl Tamayo opened the third frame with consecutive baskets. That then built the Fighting Maroons a 12-point advantage with 8:20 to go, 49-37.

But Mark Nonoy broke free from his personal slump and delivered 13 points in that quarter. He sparked the Green Archers’ resurgence so that they trailed by just four entering the fourth, 59-63.

Then it was Kevin Quiambao’s turn to take over, unleashing 13 of his 18 points in the payoff period. That gave La Salle the much-needed win to move them up to 5-6 along with Adamson University for the fourth spot.

UP still fought hard, pulling within two after being down by 10 with 1:13 left on the game clock through the efforts of JD Cagulangan and Zavier Lucero. 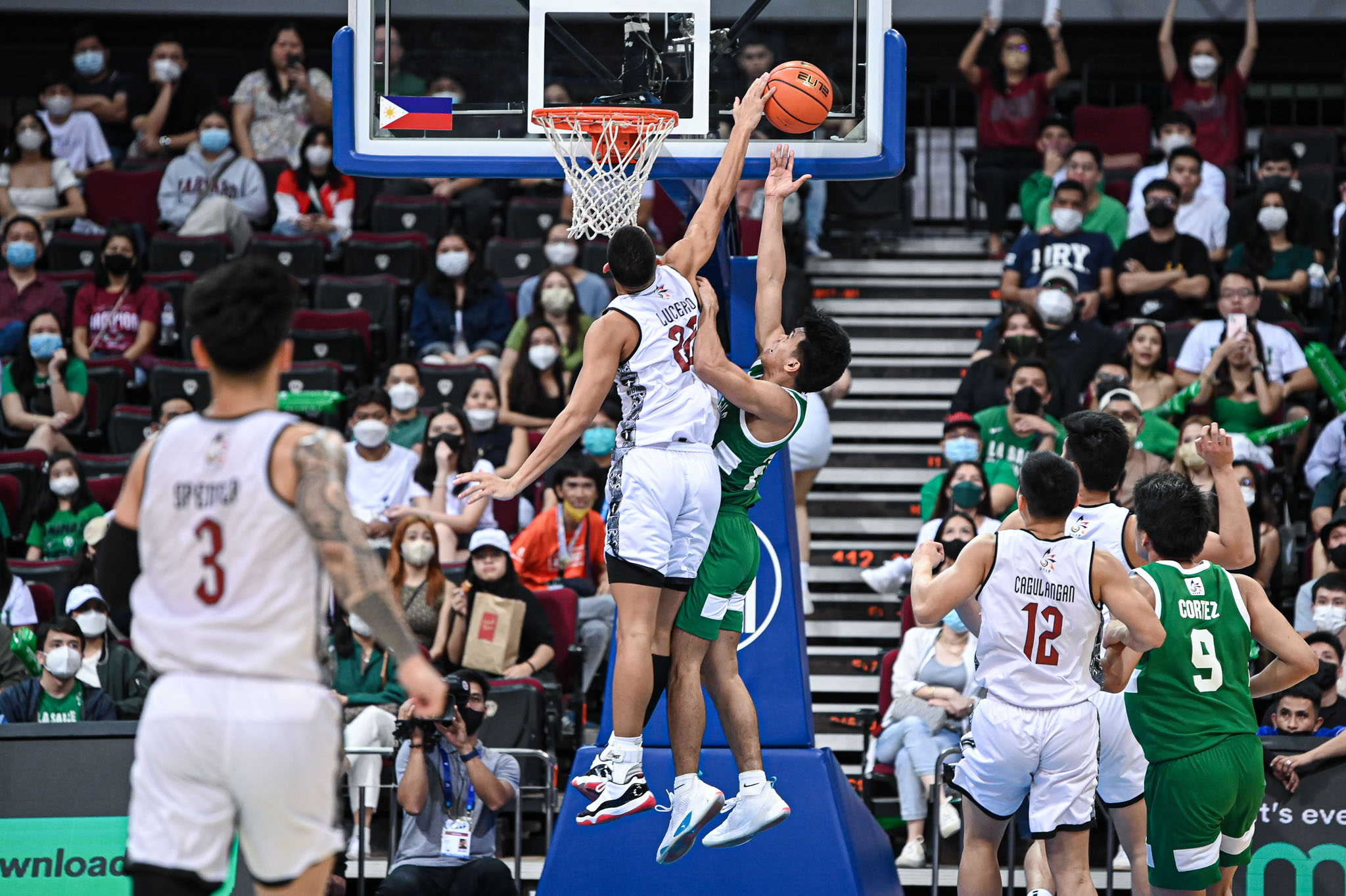 “Positive naman na they never gave up also, but we need to look at yung things na we need to improve going towards the latter part ng season. We need to learn as a team,” said Monteverde, who gave the Fighting Maroons their first men’s hoops championship in 36 years.

With UP’s defeat, the race to the Top Two – who will hold twice-to-beat advantages in the Final Four – remains wide open between them, the Bulldogs, and Ateneo de Manila University.

And in order for the Fighting Maroons to seize that incentive, Monteverde cited two things they can improve on.

“I think yung turnovers namin. I think they have 12 steals from us, so offensively, we need to have a better offense,” he shared.

“Defensively naman, I think they scored 48 points in the paint. So we need to really toughen up yung interior defense namin.”

Up next for UP is a nothing-to-lose University of Santo Tomas on Wednesday, 11:00 AM, at the same venue.