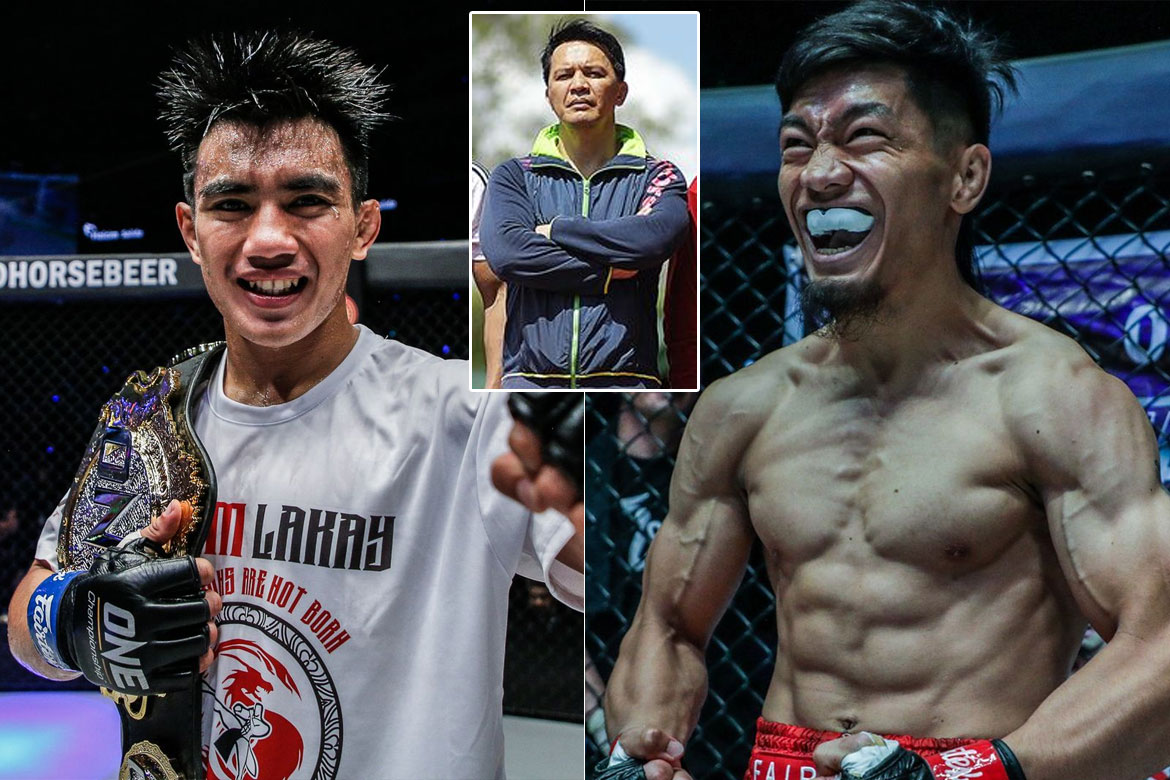 Perhaps the only drawback to having a plethora of great athletes on one team is that eventually, some of them may end up sharing the ring.

That almost happened last year when Geje “Gravity” Eustaquio earned himself a reserved spot in the ONE Flyweight World Grand Prix. It was a tournament that included his teammate, Danny “The King” Kingad.

Luckily, the two avoided clashing. Kingad went onto the finals against Demetrious “Mighty Mouse” Johnson, where he lost by split decision.

Now that ONE Championship has released its official athlete rankings, could another collision course be on the cards for two Team Lakay members?

Sitting in fifth in the strawweight rankings is the red-hot Lito “Thunder Kid” Adiwang, who took The Home Of Martial Arts by storm with two resounding first round victories. The man ruling the division is his fellow Team Lakay teammate, Joshua “The Passion” Pacio.

Team Lakay head coach Mark Sangiao is not fond of a clash between his two star pupils.

“For now, we haven’t really talked about it. I haven’t talked to Lito since the lockdown started last March,” Sangiao said.

“For me, it really depends, but like what Honorio said, a brother is a brother. For now, I haven’t heard of them talking about it.”

It is something that Sangiao did not expect when “Thunder Kid” came on board, but Adiwang’s meteoric rise in The Home Of Martial Arts fast-tracked him to success.

“I have the final say in this,” Sangiao said. “When Lito came in, the idea never really crossed my mind because he was still in OWS. But people are always going to talk about it, even in Geje and Danny’s case, because they’re in the same weight class.”

At the end of the day, Sangiao hopes to avoid this scenario, but he knows he cannot do anything about it if that is what his athletes want.

“I am a firm believer that two heads are better than one. But if it comes to that, and it’s what they want, then I can’t do anything about it.”