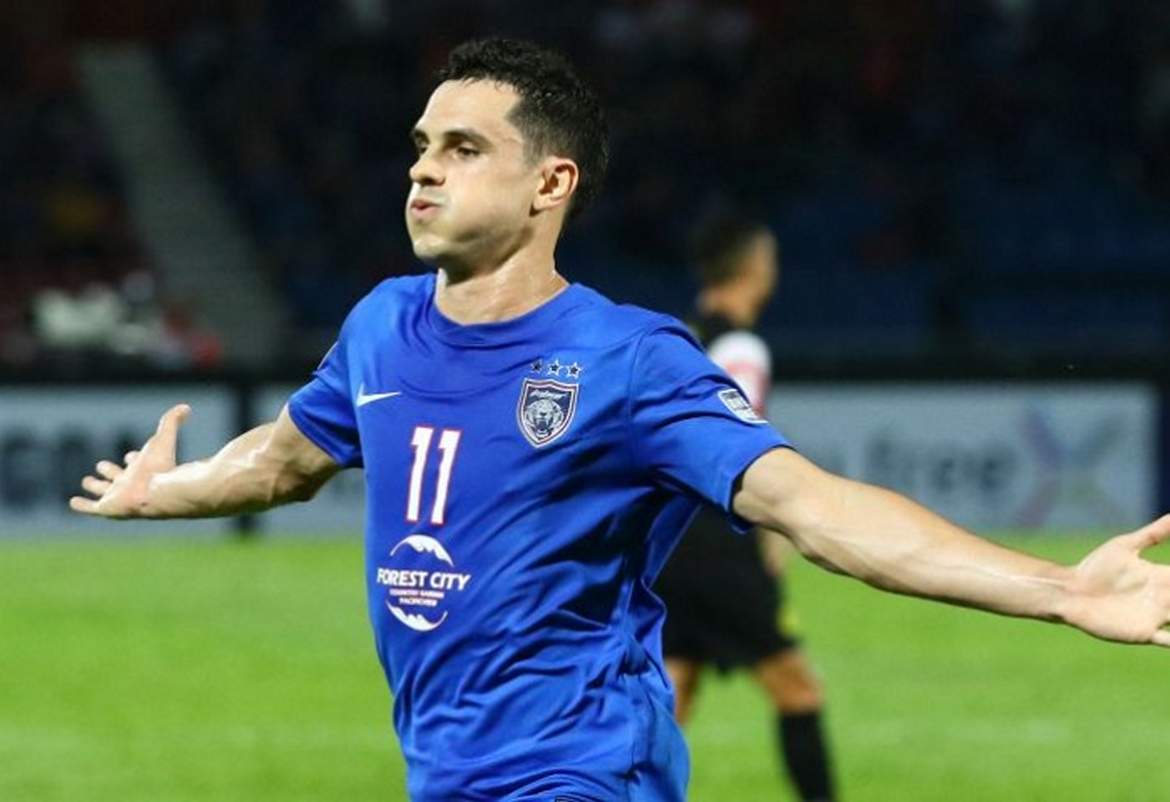 Throughout their 2017 AFC Cup campaign, Ceres-Negros faced plenty of obstacles to reach the ASEAN zonal playoffs. Yet none of those could match their latest challenge in the tournament: facing 2015 AFC Cup winners Johor Darul Takzim.

The Malaysian champions are remarkably strong at home in the continental stage and they proved it once more tonight, edging past Ceres-Negros, 3-2, at the Tan Sri Dato Haji Hassan Yunos Stadium in the Southern Malaysian town of Johor.

As far as results go, it can be considered a positive one for the Bacolod-based team given how superior JDT tend to be when playing in their backyard. Johor usually thrash opponents at home but with only a slender one-goal aggregate lead to take to Bacolod, the Southern Tigers know that the tie is far from over.

As early as the first minute, Ceres managed to string a set of passes attempting to catch the Johor defense off guard. Manny Ott had a decent look on goal within 16 seconds but his effort was not enough to bother Johor goalkeeper Mohd Farizal.

The hosts then gradually took control of the game, dictating the pace as they went for a first goal. It proved difficult to break the Ceres-Negros defense down that it took a moment of brilliance from Gonzalo Cabrera in the 18th minute to open the scoring. The Argentinean moved past his marker before taking time to beat Roland Müller with a sweet bottom corner finish.

The Malaysians’ advantage did not last long, however, as Ceres-Negros responded with a clever goal from a counterattack. OJ Porteria deftly provided a cross to Fernando Rodriguez whose header flew into the top corner in the 21st minute. Silencing the Larkin crowd, the visitors had more up their sleeves.

Four minutes after equalizing, Risto Vidakovic’s side took the lead in style with a Bienvenido Marañon strike. The competition’s leading scorer got on the end of a defence-splitting pass from Kevin Ingreso before finding the top corner to put the ball past the helpless Farizal.

There was even a chance for Ceres-Negros to pad their lead but Marañon skied another attempt high and wide moments later. It was the closest the 2016 UFL runners-up mustered in terms of inflicting more damage on the hosts as Johor looked likely to equalize before the halftime whistle sounded.

Benjamin Mora’s team plundered the Ceres-Negros defense and their hard work paid dividends just before halftime. Muhammad Fazly dipped a cross into the box for the unmarked Safiq Rahim. The Malaysian made no mistake as he nodded the ball beyond Müller’s reach to calm the nerves of the thousands in attendance at the Larkin Stadium.

Although it went on to be 2-2 at the break, the Busmen almost restored their lead a minute after Rahim’s goal. Porteria sneaked past the JDT defense to meet a loose ball inside the box and was unfortunate to miss the target.

Unsurprisingly, the second half turned out to be a more quiet affair as both teams played more cautiously after halftime. As expected, Johor continued to boss the game but in doing so also made themselves vulnerable to swift Ceres counter attacking plays just like what happened in the 54th minute. Mugging the ball off Dominic Tan, Porteria took a shot inside the box which Farizal did well to stop.

Like in the first half, the home team composed themselves as they aimed to go in front again. Knocking on the door, Johor broke the Ceres-Negros resistance midway through the second half with a fortunate Ahmad Hazwan finish. The JDT striker’s shot took a deflection which wrong footed the Ceres-Negros goalkeeper and give the home fans a massive reason to celebrate.

The Filipinos still had plenty of time to score a third away goal which would give them a huge advantage going back to Bacolod in two weeks time. With Johor still relatively in control, Ceres-Negros had limited chances to peg back the Malaysians who stood firm in protecting their proud home record in the AFC Cup.

In the end, the best they could come up with is an Iain Ramsay effort six minutes from time. The Australian-born Filipino international was in a good position to equalize but wasn’t able to hit the target from close range.

Escaping Johor with two precious away goals, Ceres-Negros will bank on solid home form in order to reverse the direction of tie. The second leg of the zonal playoff will be played at the Panaad Stadium in Bacolod, Negros Occidental on May 31.