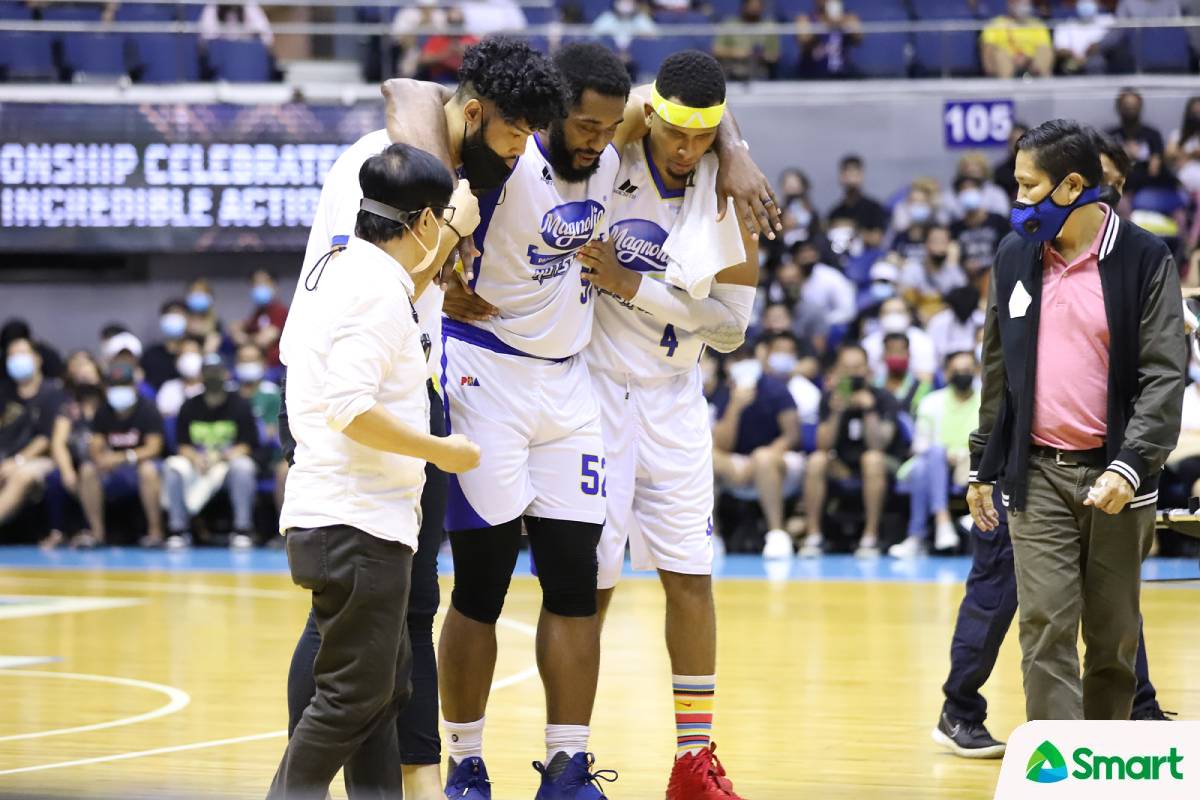 Mike Harris’ horrifying exit turned things around for the worse for Magnolia in Game Five of its PBA Governors’ Cup semis clash against Meralco, Friday.

None other than head coach Chito Victolero offered as much after the Hotshots saw the bitter end to their season by way of an 81-94 decision.

Play was stopped for a long while at the 8:55-mark of the final period when Harris fell down to the ground following a collision underneath, just before Bolts big man Raymond Almazan scored to make it a 73-67 lead for his side.

Mike Harris shaken up after that bad fall. Ian Sangalang subbed in for him @tiebreakertimes pic.twitter.com/WZ3YSR4GkV

Replays showed that the 38-year-old got inadvertently hit near the mouth by Tony Bishop, who was descending from a point-blank shot.

The former Best Import struggled to get back up. A stretcher was already brought into the playing court but he refused to be carried.
,
He was then aided by his teammates on the way to the dugout, where he was wheelchaired and was attended to by the in-venue medics.

Harris was set to be brought to the hospital but didn’t want to, and instead went back to the Hotshots bench. Some accounts reported that he insisted on checking into the game again, but the doctors did not allow him to.

So from the bench, he could only watch helplessly his team get beaten, eventually bidding their Finals aspirations goodbye.

“That’s the turning point,” said Victolero. “We were only down by six, we’re in the game, we had some runs in the third quarter, but, ‘yun.”

It was a rough night all in all for Harris, who ended up with just five points on seven shots on top of 11 rebounds in 31 minutes.

The American cager was stretchered out of the Big Dome moments after the match, and was brought to the hospital to undergo further tests.

Victolero admitted that they have yet to know the extent of Harris’ situation but is keeping his fingers crossed that everything will be fine.