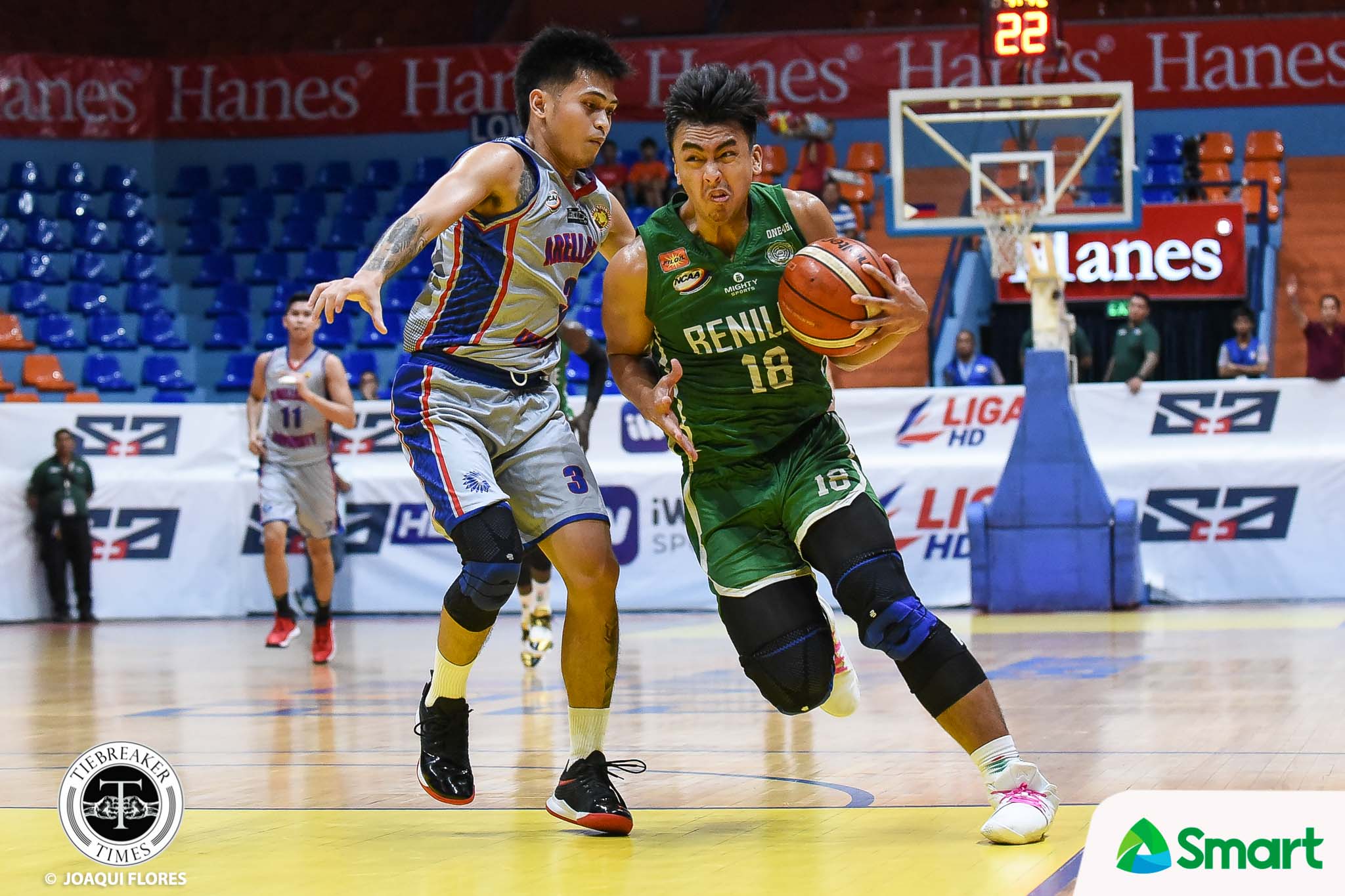 Justin Gutang made a triumphant return after an injury scare three weeks ago as the College of Saint Benilde Blazers held off the Arellano University Chiefs, 82-77, Tuesday evening at the Filoil Flying V Centre in San Juan City.

Gutang, who sprained his left MCL while bruising his right calf against Mapua last July 25, tallied 12 points, seven rebounds, five assists, two steals, and a block. He only missed one game.

With this record, the Blazers continued to have their best start in school history. But the endgame was as disappointing as it comes for Saint Benilde head coach TY Tang.

Saint Benilde was up by 15 points, 82-67, after a Justin Gutang triple with 1:49 left. However, the Chiefs’ press suddenly became unsolvable for the Blazers.

“We should be able to handle those pressures and moving the ball from our backcourt to frontcourt with anybody inside the floor. We can’t afford to make the same mistakes vs LPU,” lamented Tang.

Gelo Sablan provided the spark as Arellano forced turnover after turnover. It led to easy baskets for Marlon Espiritu, Art Oliva, and Justin Arana as suddenly the Blazers’ lead dropped to five with 18.6 seconds left.

Robi Nayve missed two free throws afterward that gave Arellano another chance to cut the lead. However, Espiritu basically handed the ball over to Unique Naboa as time expired.

“Again we wanted to try to rest some of our guys because were playing vs LPU. We need all the energy we can get for that game,” added Tang.

Clement Leutcheu had a team-high 13 points to go along with seven rebounds and three assists for the Blazers while Yankie Haruna tallied 11 points, eight boards, and three dimes.

Justin Arana’s career-high of 25 points on 9-of-12 shooting went to waste for Arellano as they went down to 1-6. Gelo Sablan and Kent Salado finished with 11 and 10 markers respectively but combined to shoot just 7-of-24 from the field.

Arellano will next face Lyceum also on Friday, August 23.