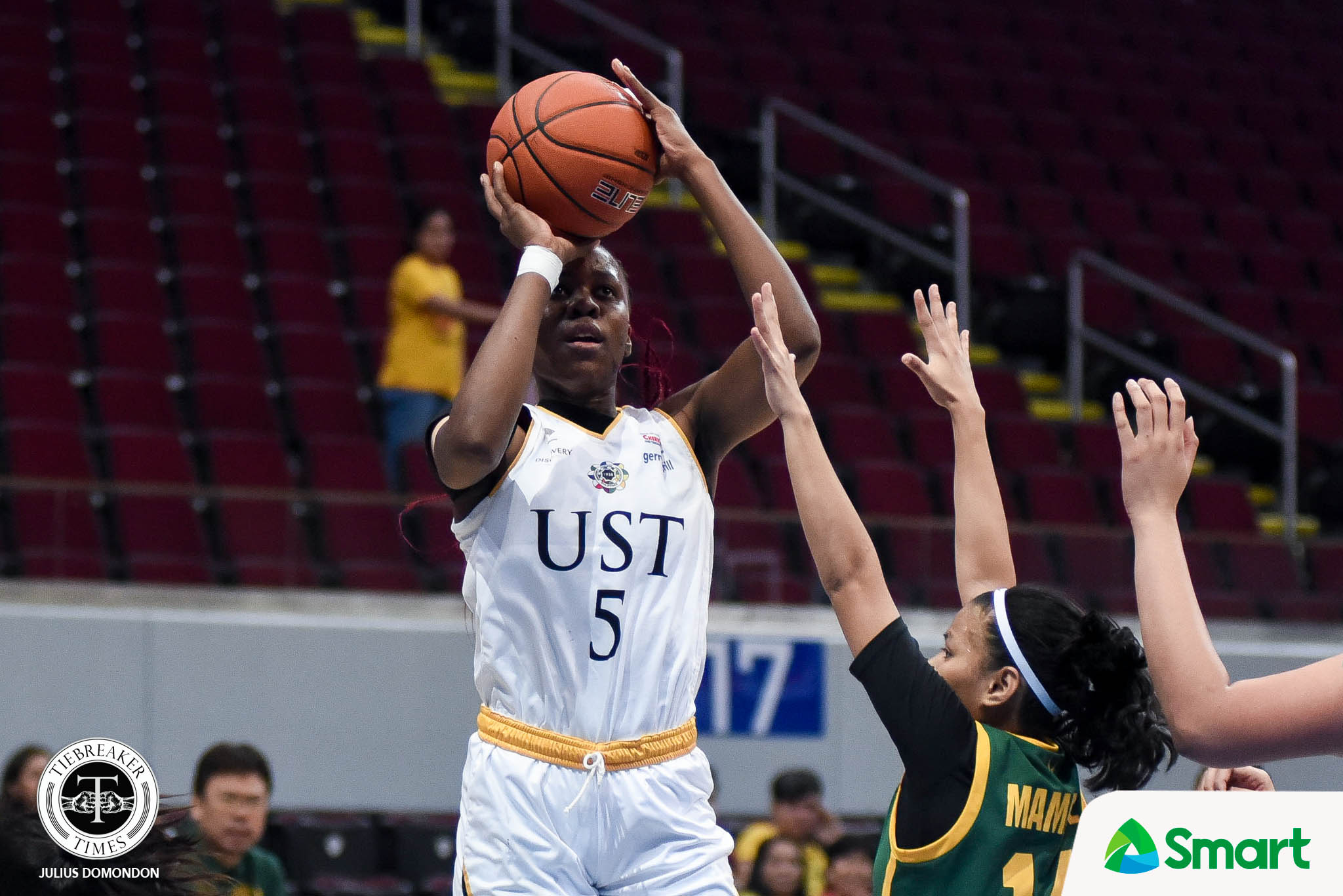 Though she tried to play through the injury, the Congolese student-athlete admitted that she just couldn’t do much with only one good shoulder.

“I tried. I made some shots, but the other shots I miss. I’m forcing, but it still hurts. I tried playing good defense but in offense… I’m still not yet ready on offense,” said Irebu, who finished the match on a 4-of-10 shooting clip.

And her struggles definitely showed. 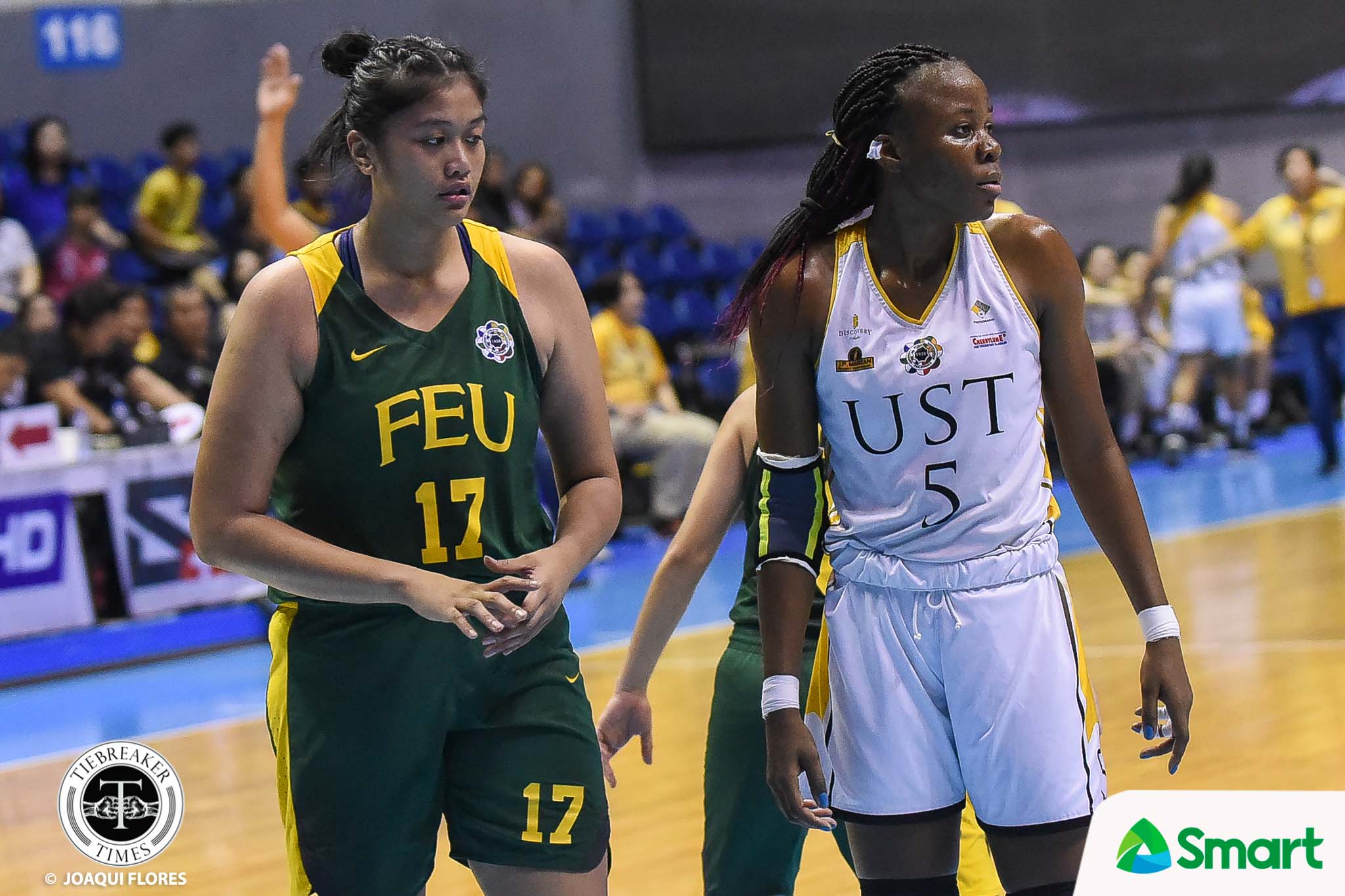 With 0.4 seconds remaining in the game, UST had the chance to steal the game from FEU. However, Irebu failed to catch an inbound pass from Ruby Portillo as time expired.

“I tried my best on offense, [but] I’m sure I will be better for the game,” she added.

With the stakes as high as ever, Irebu promises that she will be ready in time for the knockout bout. But for UST to ultimately achieve its goal, Irebu believes that the Growling Tigresses must rally together to fend off the pesky Lady Tamaraws.

Moreover, the team must halt its noise barrage against the game officials and remain focused on their respective tasks at hand.

“We’re gonna play as a team, play strong, play hard and don’t follow the refs if they’re call is a foul or not a foul. We don’t [need to] mind the refs. Just play hard — that’s all we’re gonna do on Saturday,” Irebu said.

“We [must] stay focused on the next game because it’s not yet finished. We’re gonna do our best to win that game.”