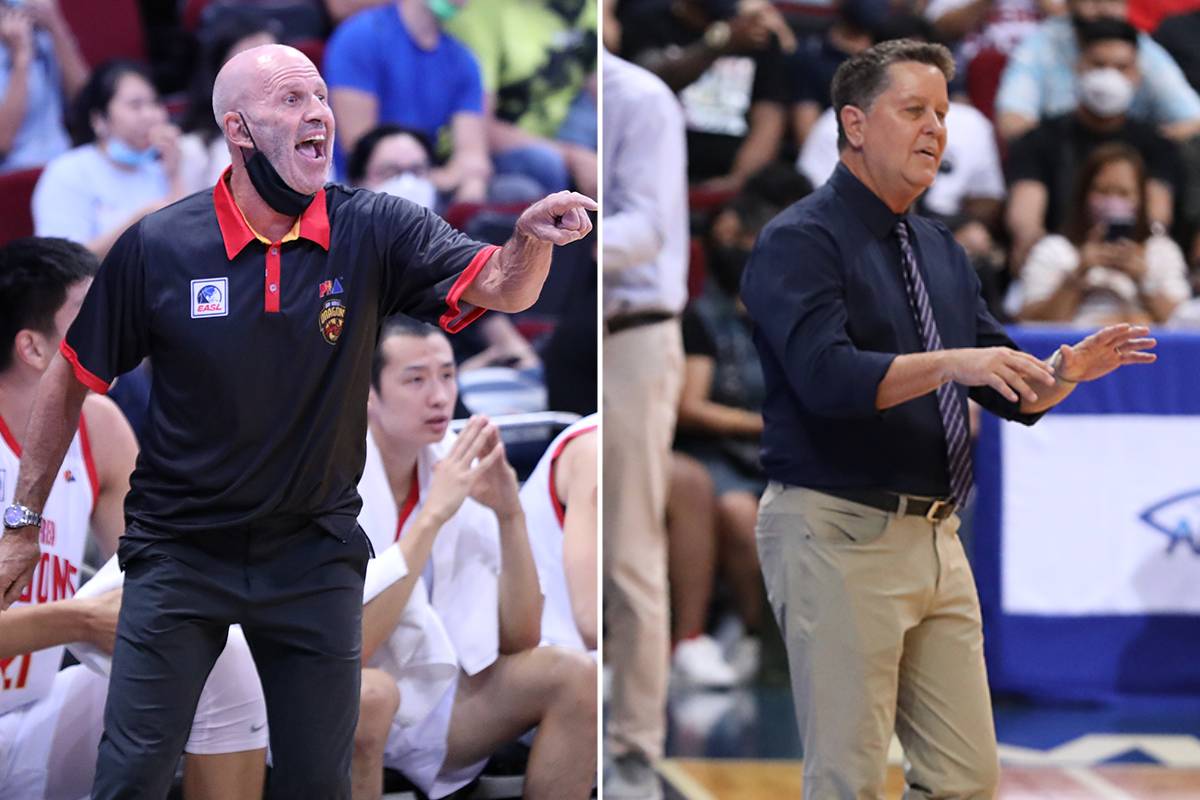 Brian Goorjian is looking forward to meeting Tim Cone as the legendary coaches square off when Bay Area battles Barangay Ginebra in a clash of PBA Commissioner’s Cup favorites on Sunday at the Philsports Arena.

The Dragons’ chief mentor only has nothing but respect for the league’s most successful bench tactician with 24 championships, and he very much welcomes sharing knowledge with him like what his counterpart hopes for.

It could be remembered that Cone hoped to talk solely about basketball with Goorjian after their 99-91 win over Meralco last Sunday, hoping to get that opportunity after crossing paths with him many times in the past.

The 69-year-old, who’s responsible for giving the Australia Boomers a bronze medal in last year’s Tokyo Olympics, is excited about that.

“We all feel the same and that’s part of this whole thing,” he said. “Tonight, I keep stressing, I know I’m the national coach for Australia and I’ve had some success, but this is a huge learning experience for me.

“We play a little bit different than the teams here and maybe we bring an element that they can grow as well. But sharing knowledge with Tim, Tab Baldwin, and coaches like tonight (Aldin Ayo), is exciting for me.”

Goorjian said as much shortly after Bay Area escaped Aldin Ayo’s Converge, 106-100, at the SMART Araneta Coliseum. It was their fourth win in as many outings, and they’ll try to stay perfect against the surging Gin Kings.

The winningest NBL coach, though, knows the challenge that lies ahead in facing the crowd darlings and, of course, Cone himself.

“Even when I was in Australia, when I went to the Summer League, he was around Miami. The reputation he has built, you hear all through Asia, all through the United States,” Goorjian said of the 64-year-old.

“He is just a very well-respected man, as a coach and as a person and as a developer of talent. As a coach, it is fantastic to get the opportunity to play against a team like that and a coach like that,” he added.

“But from our side, staff, and everybody, nothing but respect for what he has done here and what he does with his team. We know they’re the fan favorite, so it should be a great atmosphere and we just hope we can make this a contest.”