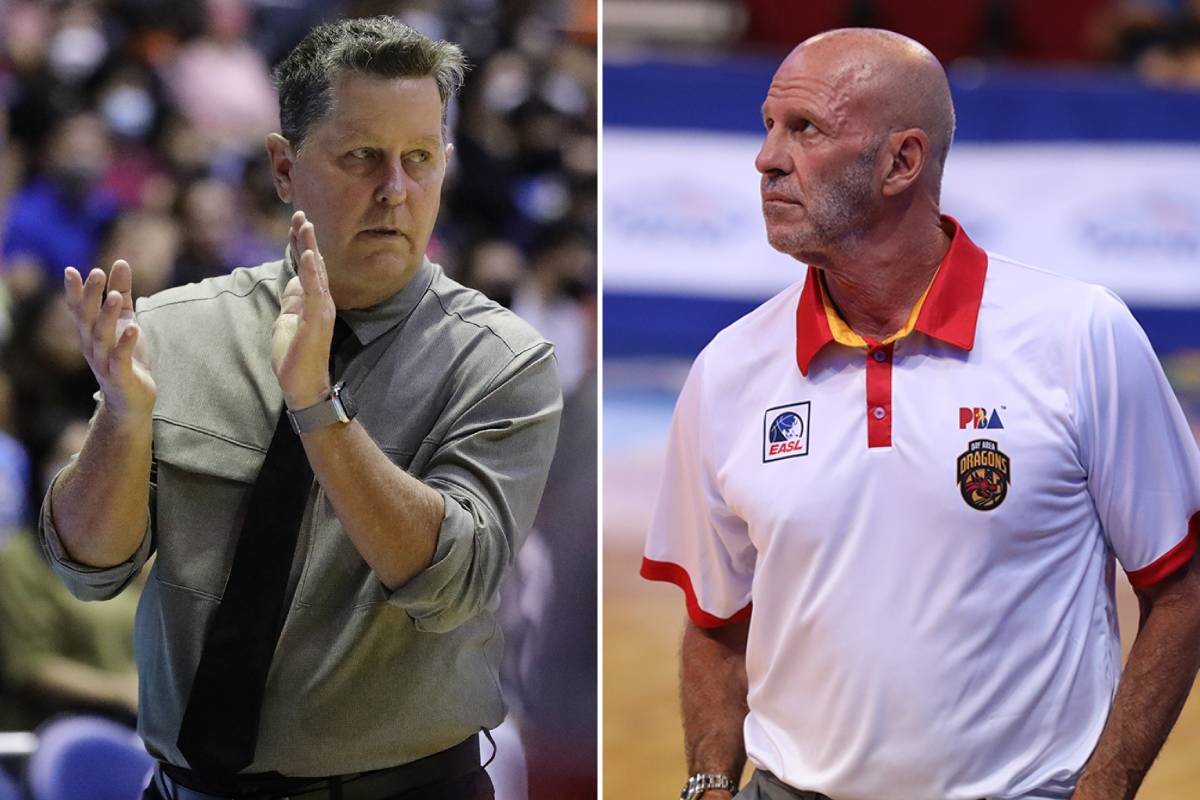 Days after being on the receiving end of a disconcerting beating at the hands of Rain or Shine to start off the 2022-23 PBA Commissioner’s Cup, Ginebra regained its bearings and performed a little closer to its most optimal form.

Meralco bore the brunt of the ire on Sunday, when a Gin Kings side bent on getting back on track handily fended off any and every attempt by the Bolts to turn the tables on their longtime rivals.

Justin Brownlee spearheaded the attack with 34 points — personally a fine bounce-back effort from the import after scoring 20 on just 7-of-25 shooting in his last outing — while Scottie Thompson narrowly missed a triple-double by collecting 15, nine rebounds, and nine assists to go along with three steals and a block.

Ginebra coach Tim Cone described the 71-93 beatdown against the Elasto Painters last Wednesday as a “stunning” loss that provided some sort of a “wake-up call” for the team.

“I was certainly stunned. I don’t think anybody had (any idea) — nobody in our locker room for sure — and I don’t think the fans realized we were going to go out there and get beat by 20 points in our opening game. So yeah, it was a little bit stunning,” the two-time Grand Slam coach expressed.

“That was something we really had to talk about. Obviously, I think, it looked like it provided a wake-up call for us.”

Cone went on to say that the Gin Kings are prone to relaxing and basking a little too much in the glory of playing for the league’s most popular franchise.

#ReadMore  Obiena to be replaced as Team PH's flagbearer in Tokyo

“I think sometimes we have a tendency to play to our reputation. We are Ginebra, and it’s easy to get caught up in the fact that you are a Ginebra. You get a little kampante, you’re kind of comfortable with your spot. Everybody loves being with Ginebra, everybody loves the adoration of the fans. It’s easy to lose your edge. The moment we lose our edge, that kind of thing can happen to us because the other teams are always ready to play,” Cone began.

“As I told the team before the game, good is not good enough for us,” the 24-time champion mentor added. “We’ve got to play great every night, because we know the other team is going to play great when they come to play Ginebra. I know that from playing against Ginebra for 26 years. I knew that our team was always ready to play Ginebra.”

A test to see whether or not they can succumb to the same pitfall awaits next Sunday, Oct. 9, where Ginebra will take on unbeaten guest team Bay Area Dragons in a heavyweight matchup.

The Dragons are currently 3-0 but will take on Converge first on Friday, Oct. 7 to try to extend a winning streak where they have beaten Blackwater, NorthPort, and Phoenix in varying capacities.

Cone says the lack of familiarity is an issue — which will be compounded once Bay Area switches from 6-foot-2 guard import Myles Powell to 6-foot-9 NBA veteran Andrew Nicholson — but it’s a matchup they have ample time to prepare for with about a week of rest before the game.

“We feel like if we play a great game, we’re going to have a chance to win any game, including the Dragons. They’re playing great, but I think we’ll be a test for them,” he added.

The highly-awaited matchup not only features a face-off between a PBA powerhouse team and a red-hot guest squad; it’s also a battle between two legendary coaches crossing paths for the first time.

Bay Area is handled by Brian Goorjian — the current Australia men’s basketball head coach who is also touted as the most successful coach of all time in the country’s National Basketball League. The 69-year-old coach was also responsible for steering the Boomers to their first-ever Olympic medal in 2020, where they won bronze

Cone, of course, is the PBA’s most decorated coach, with nine titles separating him from the late Baby Dalupan (15) for the most number of championships by any coach ever.

But Cone downplayed the matchup and spoke highly of Goorjian, whom he called a “legend” at the international level. 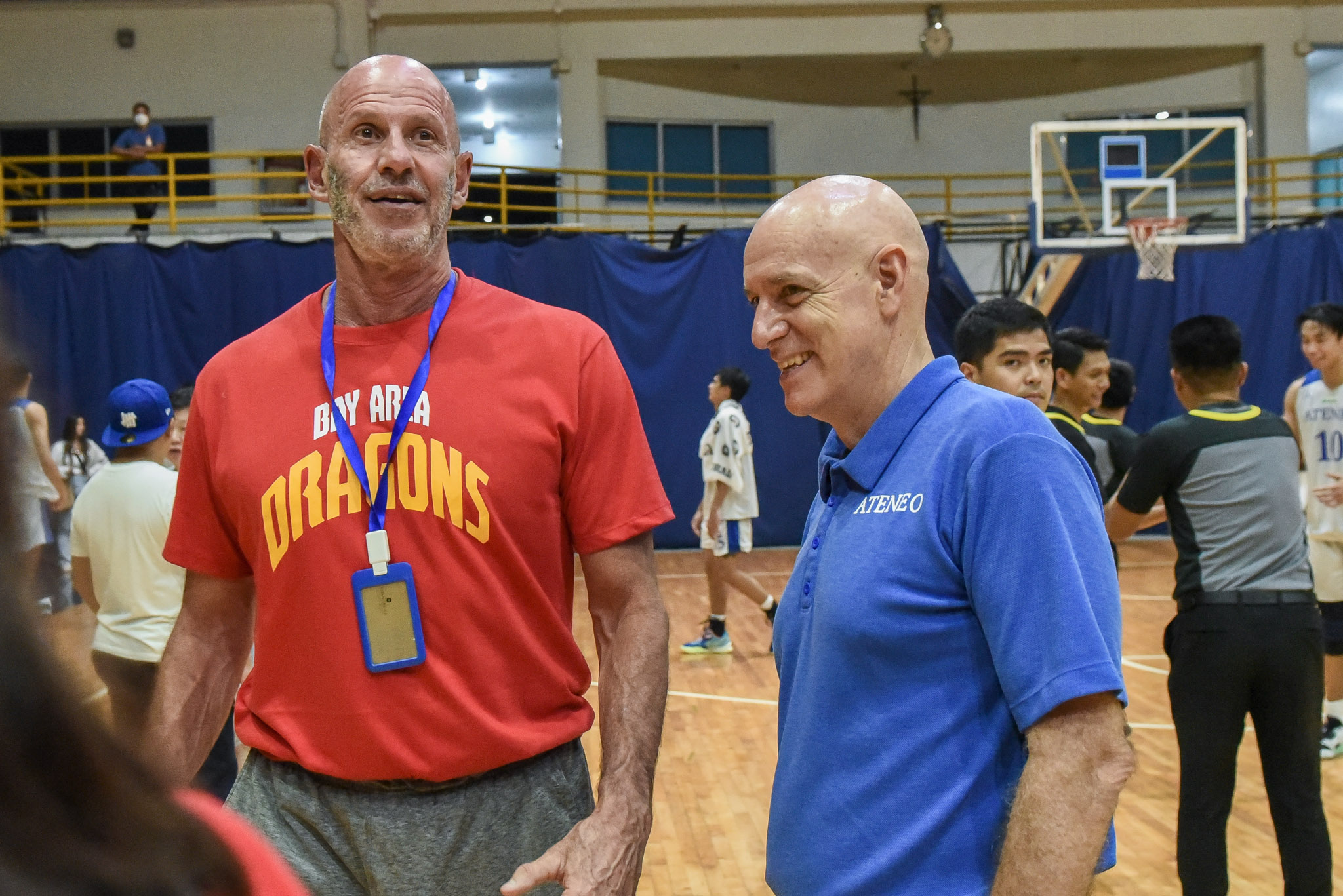 “I have fun watching their games, ’cause I feel like there are things we can pick up from watching him. He has all my respect, and I do hope to meet him one time. Maybe we can talk basketball at some point. But I’ve never had the opportunity to meet him all these years. We’ve crossed paths, but I don’t think we’ve ever met,” he closed.