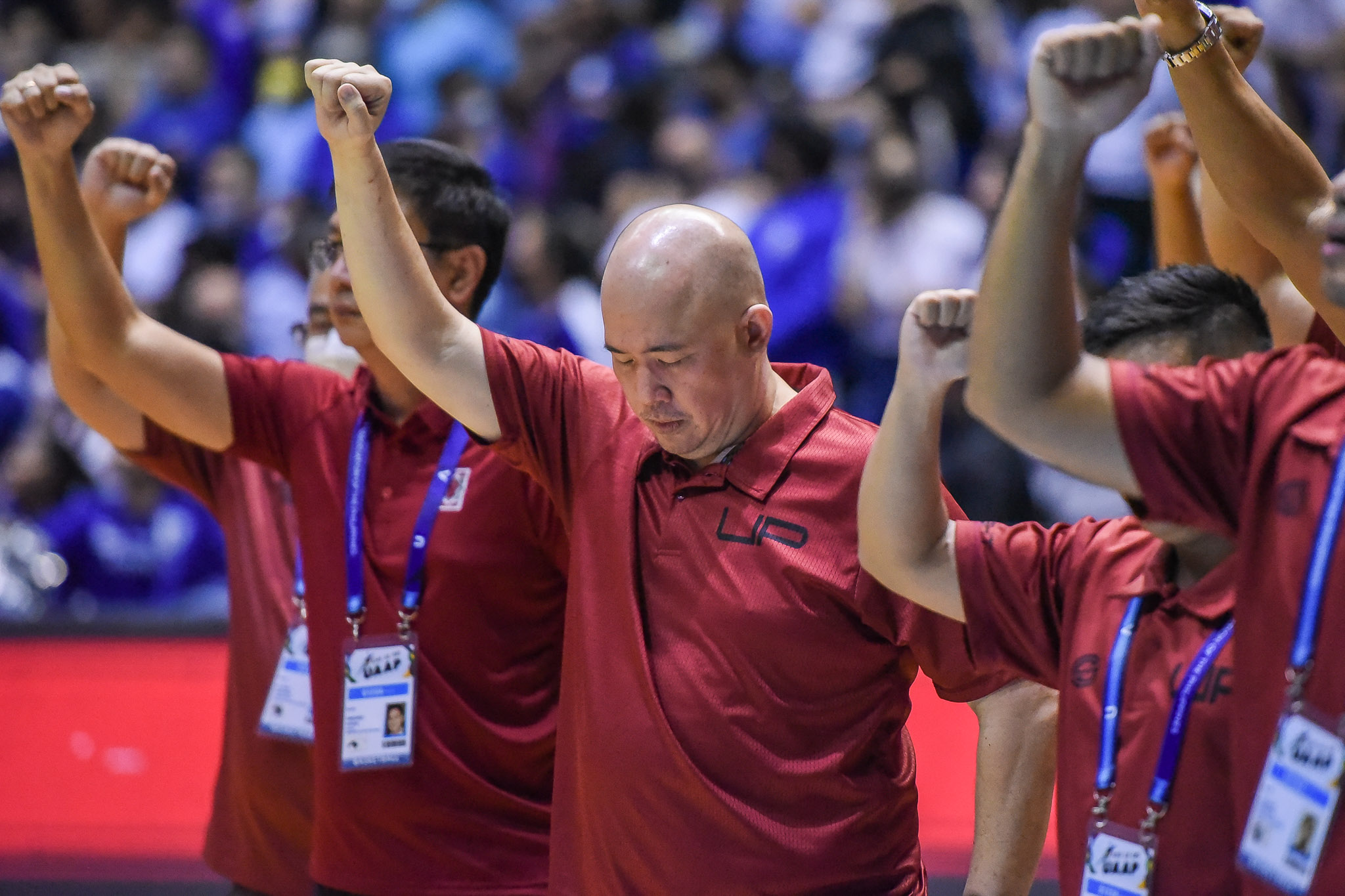 When Zavier Lucero was reported out for Game Three of the UAAP Season 85 men’s basketball finals, first thought of many was his scoring exploits would be missed.

University of the Philippines went on to succumb to Ateneo de Manila University in the decider, 75-68, on Monday at the SMART Araneta Coliseum.

But for Fighting Maroons head coach Goldwin Monteverde, Lucero’s effect on the team is more than just points.

“Zavier kasi for me sa game, ang impact niya is whether he scores big or not talagang makita mo for me one of his strong points is how he works hard. Rebounds, keeping the ball alive, giving chance pa rin sa team,” said Monteverde, who steered UP to its first title in 36 years just last May.

The 6-foot-7 do-it-all forward injured his left knee at the 8:31 mark of the fourth quarter of Game Two last Wednesday.

The Blue Eagles jumped out to an early 9-0 lead before cruising to a 30-14 first frame but Monteverde said it was not because of Lucero not around.

Slow starts have plagued the Fighting Maroons all season long until the very last match, and this time, there was no happy ending.

“Nangyari na rin siya before even with Zavier,” Monteverde on the sluggish opening period.

“Siguro it all boiled down kung paano kami mageexecute sa opensa and kanina medyo we didn’t get that rhythm offensively.”

That doesn’t mean UP just gave up though.

The likes of Carl Tamayo, Harold Alarcon, James Spencer, and Henry Galinato willed UP back into the game and even inched to within three with 20 seconds left.

However, BJ Andrade, Gab Gomez, and Sean Quitevis were steady at the line to secure Ateneo’s fourth crown in five seasons. 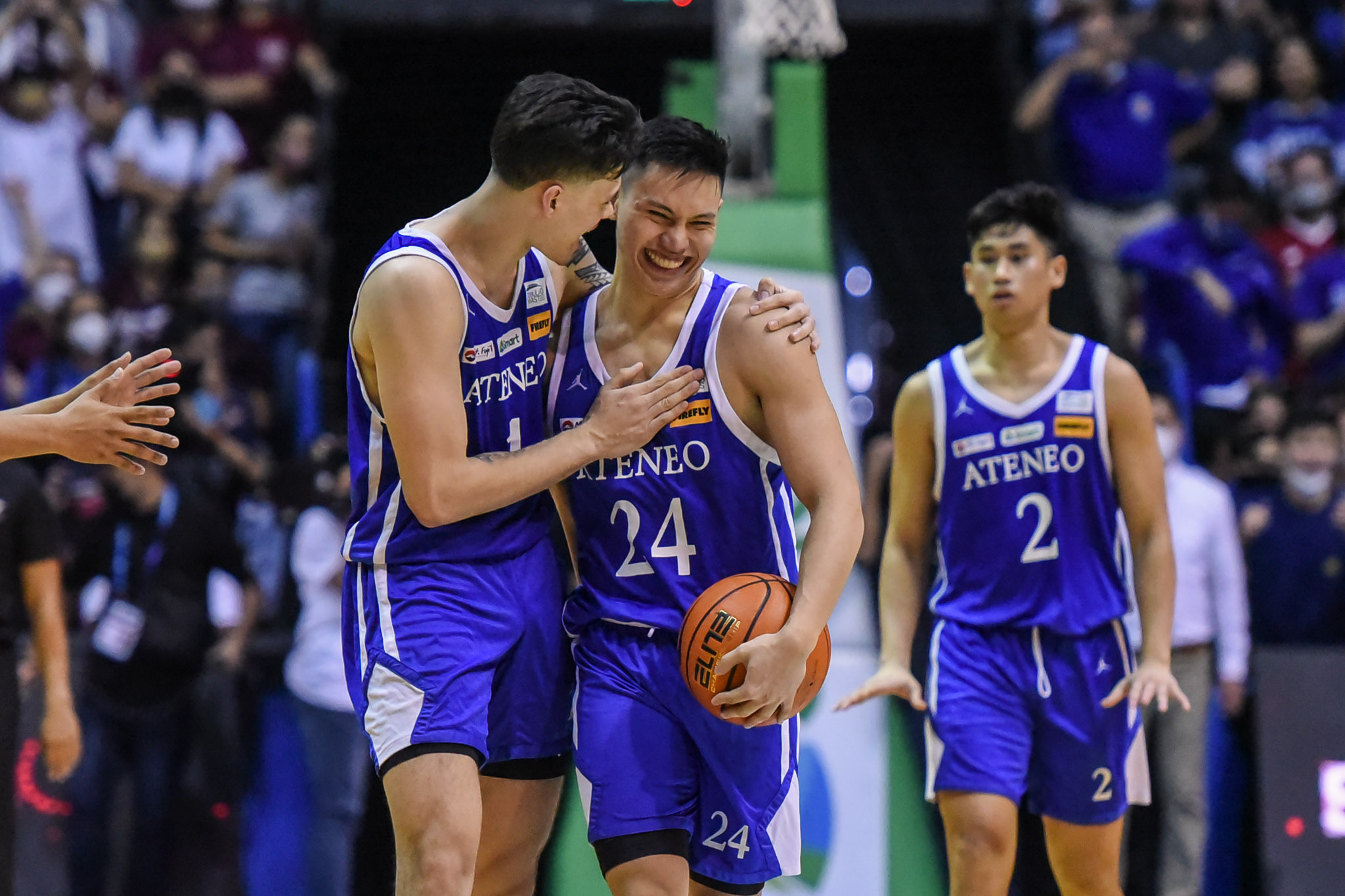 UP will enter the off-season with a lot of questions.

Who will replace the production of Lucero and Henry Galinato? Will Carl Tamayo return?

Expected to come in are a plethora of guards headed by the returning CJ Cansino and former Bullpups Reyland Torres and Janjan Felicilda.

Despite being short on the frontline, Malick Diouf, who will be playing his final year in Season 86, vows payback. 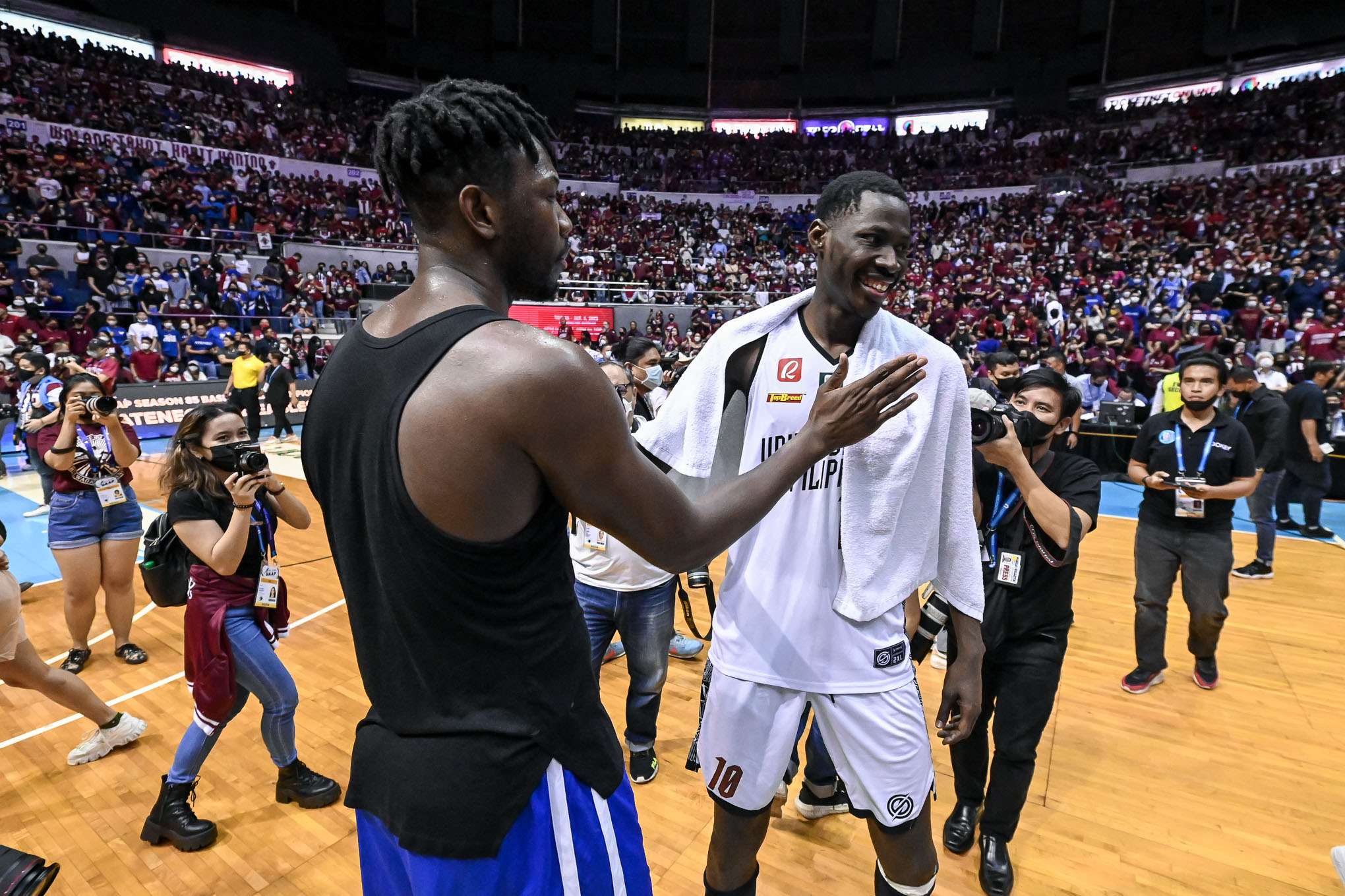 “We still have a lot of recruits. I think we can expect a lot come Season 86,” said the reigning MVP.

“We have to get our revenge.”

“You have to keep on working. Hindi tayo matatapos sa isang achievement.”