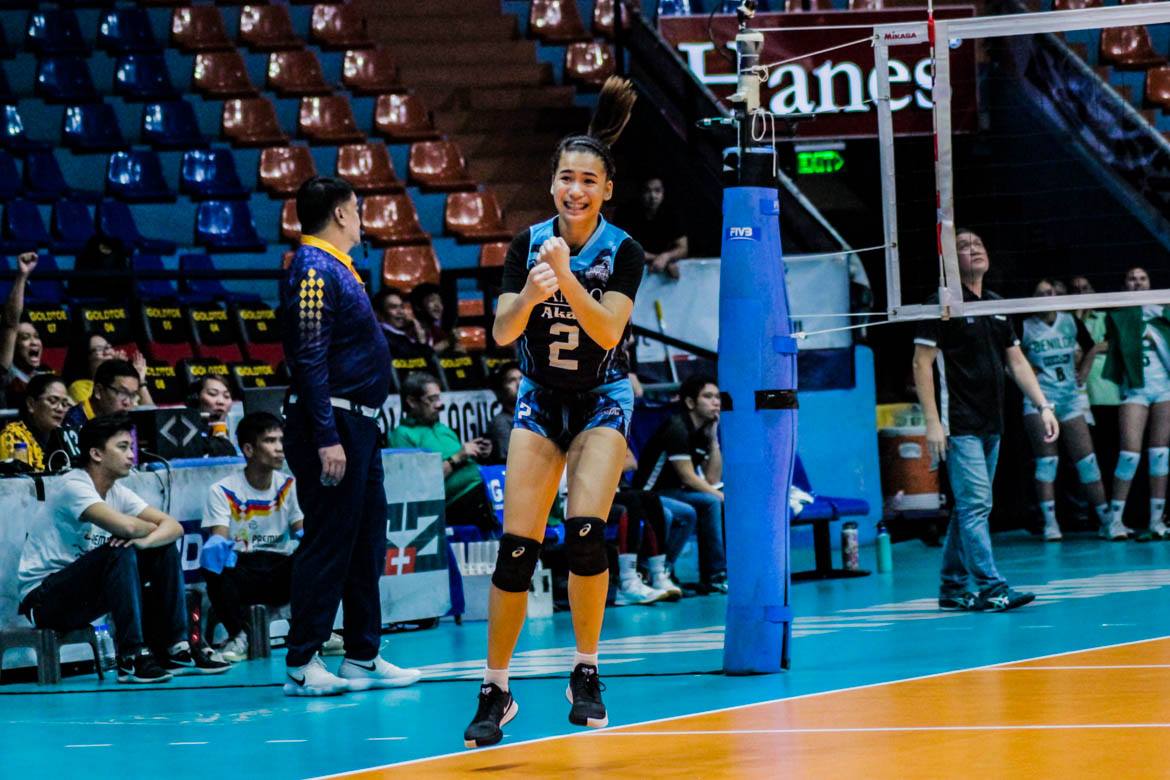 Genesis erupted for 24 points built on 21 attacks and three service aces alongside 15 excellent receptions. The Adamson sophomore took matters into her own hands in the rubber set.

When Gayle Pascual buoyed St. Benilde to an 8-6 cushion, Genesis uncorked consecutive blows to knot the count. Those differential hits sparked a blistering 7-1 — capped by a hammer from Genesis — that helped the Lady Falcons gain the upper hand, 13-9.

Pascual stopped the bleeding with cross-court hammer, but Grace Toring pounced on a free ball to put Adamson at match point, 14-11. A botched sequence from the Lady Falcons then provided a glimmer of hope for St. Benilde. But Genesis proved clutch yet again, as she nailed the kill that forged a rubber match.

Lucille Almonte and Rizza Cruz contributed 12 markers apiece. The former rained down all of her points coming from attacks laced with 10 excellent receptions. Meanwhile, Toring chimed in 11 markers anchored on a pair of blocks.

The Lady Falcons out-gunned the Lady Blazers, churning out a 69-46 attack differential. The latter, however, limited their errors down to 24, while the winning squad surrendered 39 — 11 in the crucial fourth set that St. Benilde gladly made the most out of to force a final chapter.

Abriam finished with 23 points from 21 attacks and an ace that went for naught. Pascual managed 14 markers, while Diane Venture chipped in seven points.

In the face of the hard-hitting Lady Falcons, St. Benilde badly missed the services of Mycah Go, who was a defensive force in the series opener with 44 excellent receptions. She sustained a hamstring injury during training last Monday.

Game Three is on Sunday, October 6, at the same venue.