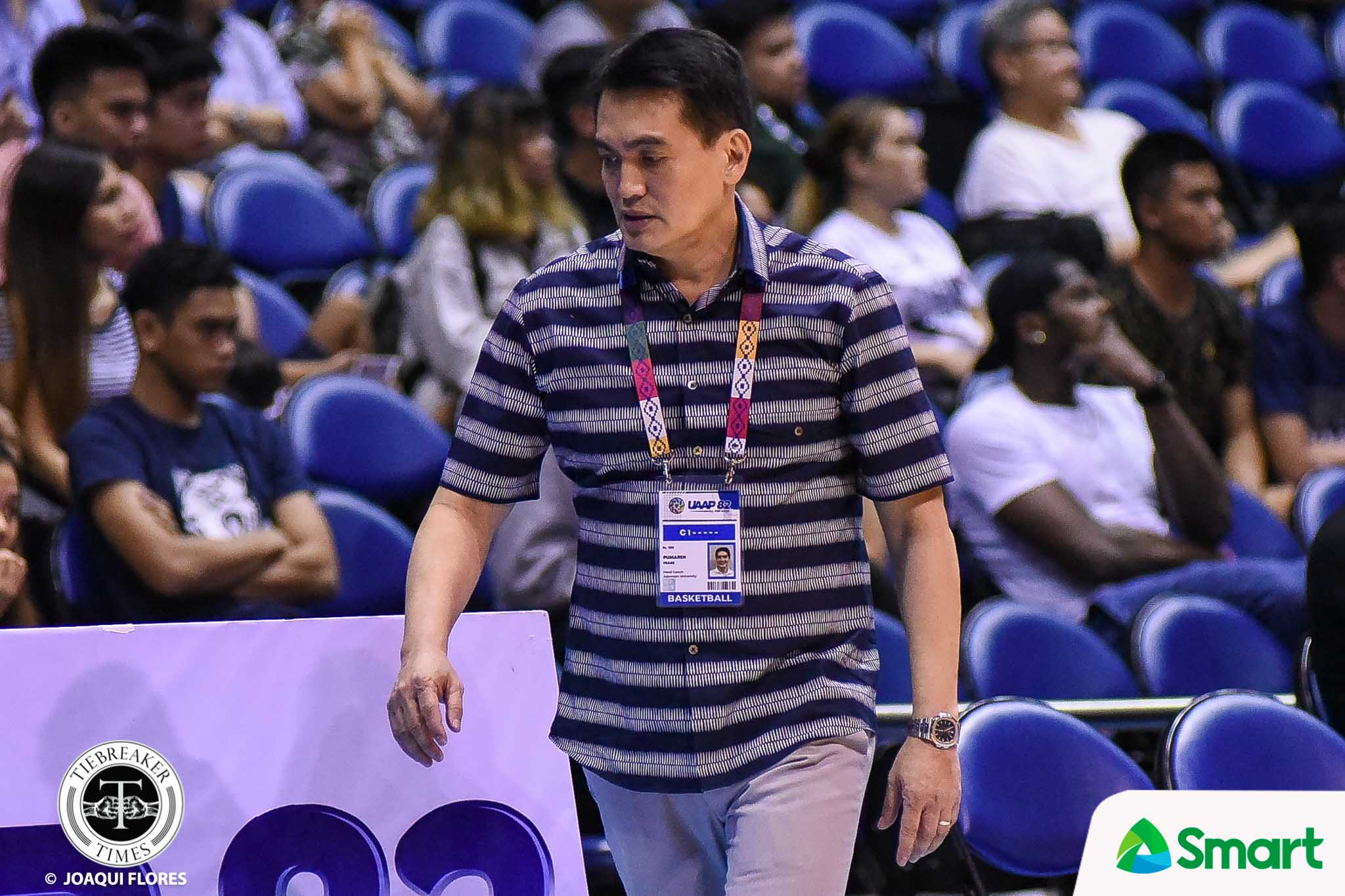 Prior to the tip-off of the game pitting Ateneo against Adamson, Blue Eagles head coach Tab Baldwin made sure to talk to his Soaring Falcons counterpart and good pal Franz Pumaren.

This, because Pumaren is fresh from surgery.

“Obviously I don’t think you guys know our prayers should be with Coach Franz.

“He had a tough night in the hospital. I think he had a minor surgery. He’s fine. I don’t want to raise any alarm bells, he’s fine. But it was a very courageous effort on his part today to be even at the game,” shared Baldwin

When the 55-year-old mentor headed to Adamson’s practice facility at the Gatorade Hoops Gym in Shaw Boulevard on Tuesday, he felt severe pain in his abdomen.

“It happened yesterday. Actually, I was on my way to practice then all of a sudden, I felt different eh. I couldn’t bear the pain,” Pumaren shared.

He immediately rushed himself to VRP Medical Center in Mandaluyong. The doctors decided that they needed to perform emergency surgery on Pumaren to remove stones from his kidney.

Recovery from this kind of procedure normally takes several days,  but Pumaren did not follow his doctor’s advice.

“The main thrust is to show the team that I won’t leave them in the heat of the battle.”

Adamson were down by as much as 15 points early in the final frame of their game against Ateneo. But instead of rolling over, the Soaring Falcons fought back, cutting the lead down to three with just 10 ticks remaining.

However, their rally fell short, and they lost, 74-80 to suffer their fourth straight defeat.

Still, Pumaren lauded his troops for playing inspired basketball for him.

“Maybe at the back of their mind, me, the head coach, made an effort just to be here when in fact I’m supposed to be on medical leave,” he said. “As a true leader, I don’t want to leave them.

“For as long as I can walk, I’ll be showing up in games and practices.”

For now, Pumaren will have to go back to his doctor and assess his situation. One thing is for sure though — he will defy his doctor’s orders once more if he asks him to be absent during their games this weekend.

Troy Rosario steps up when TNT needed him most