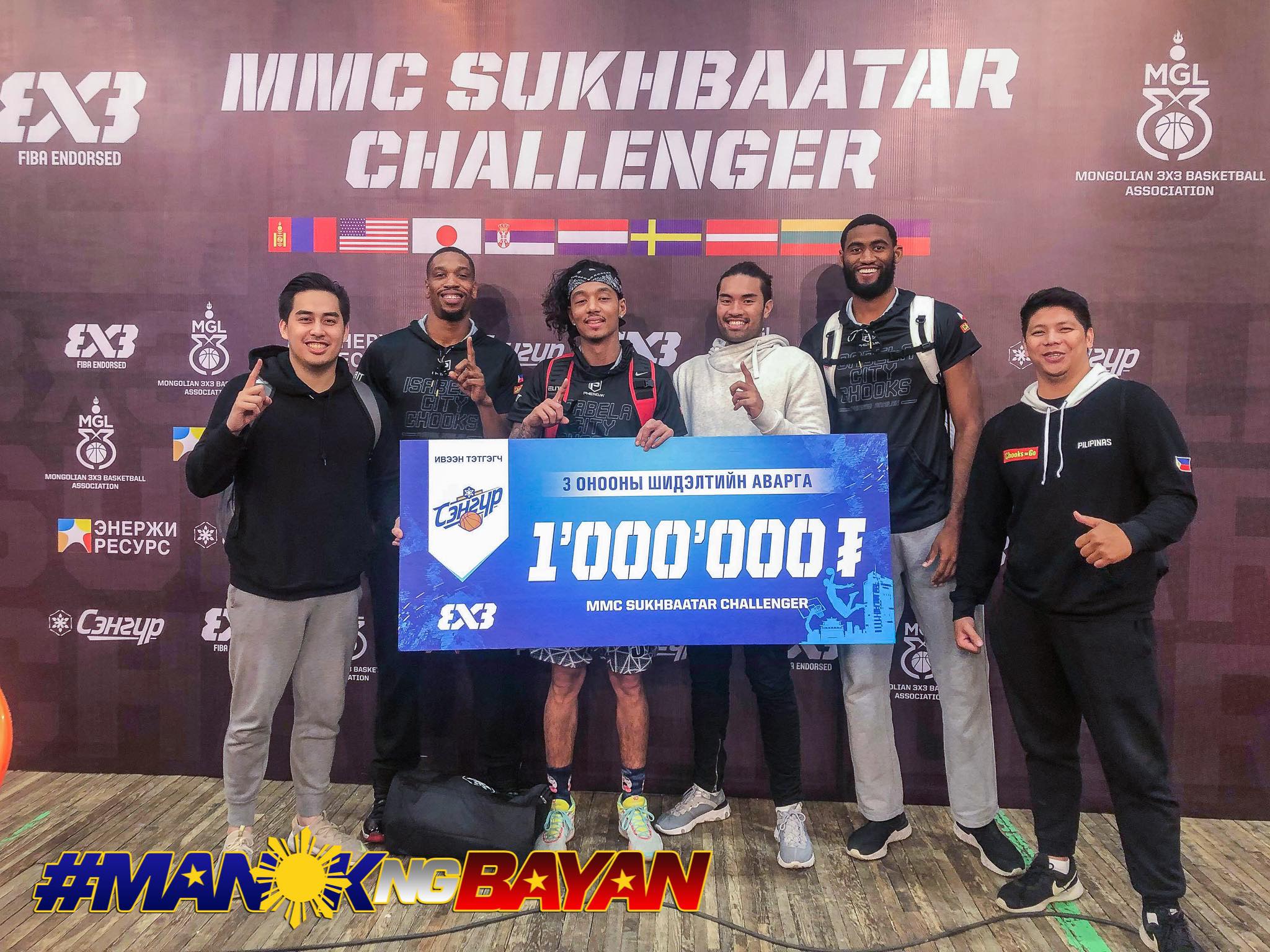 Despite failing to reach the knockout playoffs of the 2019 Sukhbaatar Challenger, a member of Isabela City Chooks-to-Go was still able to bring home gold.

This is the first time a Filipino has won the two-point shootout event in a Challenger.

Besides the historic feat, the Filipino-American guard — who traces his roots to Ilocos del Sur — pocketed MNT (Mongolian Tugrik) 1,000,000.

Isabela City managed to figure in a three-way tie in the stacked Pool A of the tournament’s main draw.

However, both Novi Sad and Ventspils Ghetto totaled 40 points in their two games played to advance to the playoffs on Saturday. Isabela City only ended up with 35 in this tournament, which serves as a qualifier for the 2019 Jeddah Masters.

Isabela City Chooks will earn 60 points for the fourth leg of the 2019 Chooks-to-Go Pilipinas 3×3 Magiting Cup, presented by Coca-Cola.