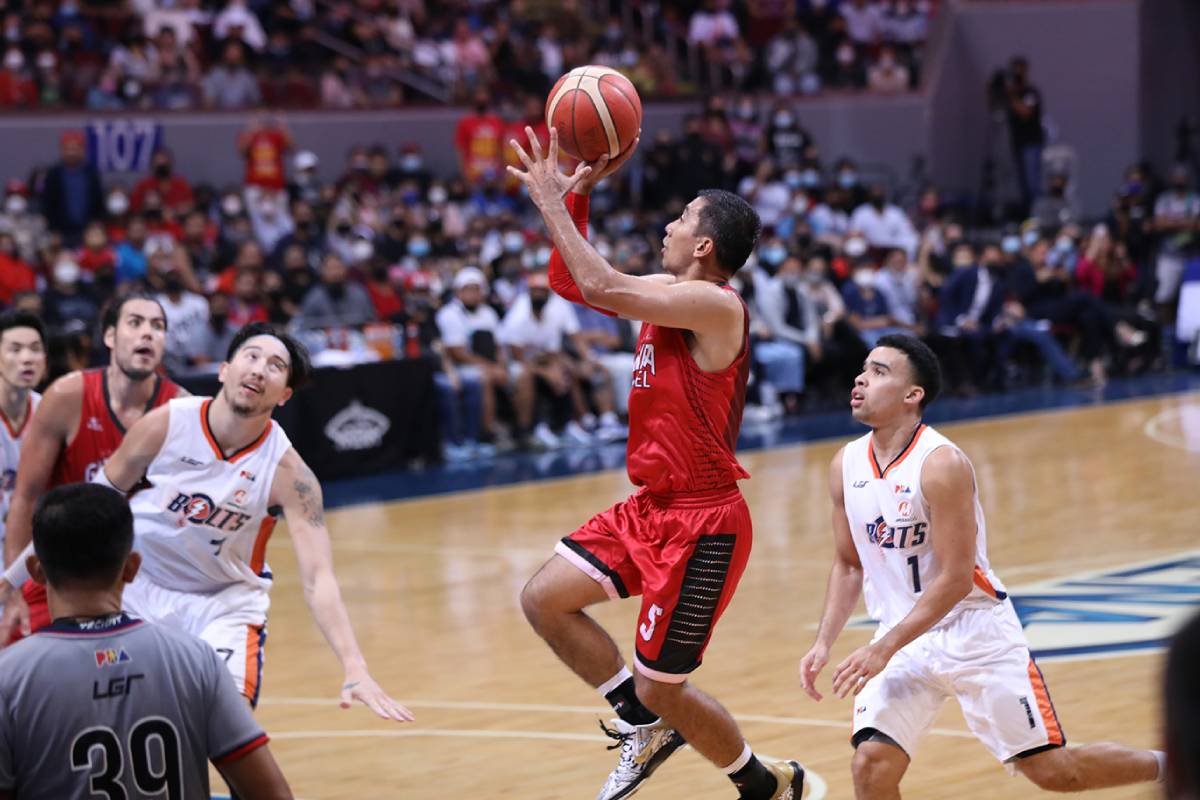 LA Tenorio has been slapped with a P20,0000 fine for statements detrimental to the league, which he made after Ginebra got eliminated by rival Meralco in the 2022 PBA Philippine Cup quarterfinals last Sunday.

The veteran guard expressed disappointment with the officiating, particularly with the charging foul called against Scottie Thompson with 10 seconds left to play that saw him go on an outburst right in front of referee Peter Balao.

He then approached the table officials afterward, which is prohibited by the league. The 38-year-old declined interviews after the 106-104 defeat at the Mall of Asia Arena in Pasay but didn’t hide his disappointment.

“Siya nag-decide ng laro … ang ganda-ganda ng laro, e,” expressed Tenorio then as he made his way out of the dugout.

Commissioner Willie Marcial said that he has already spoken to the multiple-time champion about the matter and was apologetic about it.

Meanwhile, the PBA has also fined Franky Johnson P20,000 as well for throwing the ball to Christian Standhardinger during their commotion prior to Game Two of the Ginebra-Meralco series last Friday in San Juan.

The Fil-Am guard was able to air his side after not being able to do so last Sunday as he got stuck in traffic on the way to MoA.

Standhardinger, on the other hand, was not slapped with any fine.

His fellow Gin King Prince Caperal, however, will have to pay a total of P15,000 for incurring an F1 infraction in back-to-back games.

The former Most Improved Player was already assessed with an F1 on Chris Newsome back in Game Two, and then got called for another last game on Alvin Pasaol just moments after checking in late in the first quarter.