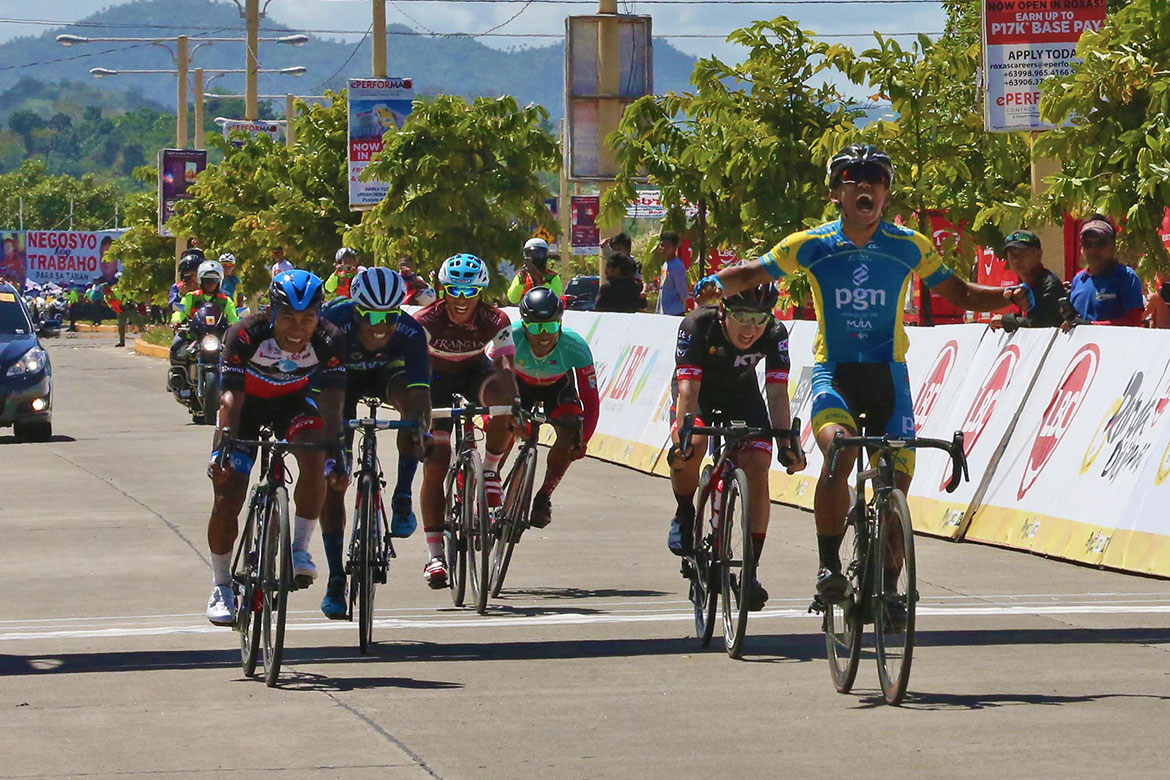 Tour de France veteran Francisco Mancebo Perez of Matrix Powertag Japan stuck with his closest pursuers in Stage Four, which was topped by Jamalidin Novardianto of PGN Road Cycling Team, Monday. He remains on top with a lap to go in the LBC Ronda Pilipinas 2019 at the El Pueblo grounds in Roxas City.

Perez, 42, intelligently kept defending champion Ronald Oranza of Navy-Standard Insurance and Dominic Perez of 7Eleven Cliqq-Air 21 by Roadbike Philippines, in sight, and finished with the peloton that checked in 42 seconds behind stage winner Novardianto, who clocked three hours and 37.53 minutes.

Mancebo – whose best finish in Tour de France was fourth, in 2005 – keeps his stranglehold of the individual general classification lead with a total time of 16:01:21, or a whopping 3:52 ahead of Oranza and 3:55 lead over Perez.

Peralta was the biggest gainer of the day after finishing third in the first of two intermediate sprints and second in the stage mountain classification. He catapults from No. 17 the stage before, to the top 10, where he supplanted teammate Marcelo Felipe, who slipped to No. 13.

With the massive time advantage, the Spanish conquistador thus reduced today’s fifth and final stage – a 148.9km lap that will start in Roxas City and end in Pandan, Antique – into his coronation lap.

But Mancebo refused to believe it’s over, saying a lot of things could happen in the final stage.

“The last stage will be like today. Everybody will want to take the red jersey from me,” said Mancebo, who seized the massive lead following an exhilarating performance in the Iloilo-Iloilo Stage One Friday.

“I’m a little bit tired. There’s one more stage to go and we’ll try to keep the jersey. I feel good, but you’ll never know; we have to be careful,” he added.

While Mancebo’s lead looked comfortable, his team’s lead over 7Eleven and Navy isn’t as safe.

After four stages, Matrix had an aggregate time of 48:15:52. But its three-minute lead from the day before was trimmed down to just 2:05 over 7Eleven and 2:49 over Navy.

And expect the 7Eleven riders and the Navymen to give Mancebo and Matrix a big chase.

The stage result marked the first time that no Filipino riders made it to the podium, as Mohd Shahrul Mat Amin of Terengganu and Korail Korea’s Joo Kangeun checked in second and third, respectively, behind Novardianto.

Oranza and Perez finished second and third behind Mancebo in Stage One while five of the six podium finishers in the next two stages were Filipinos including Felipe and Morales, who reigned supreme in Stage Two and Three.

Navy’s Rudy Roque had a chance to save the day for the Phl bets, but wound up only fourth in the frantic finish.