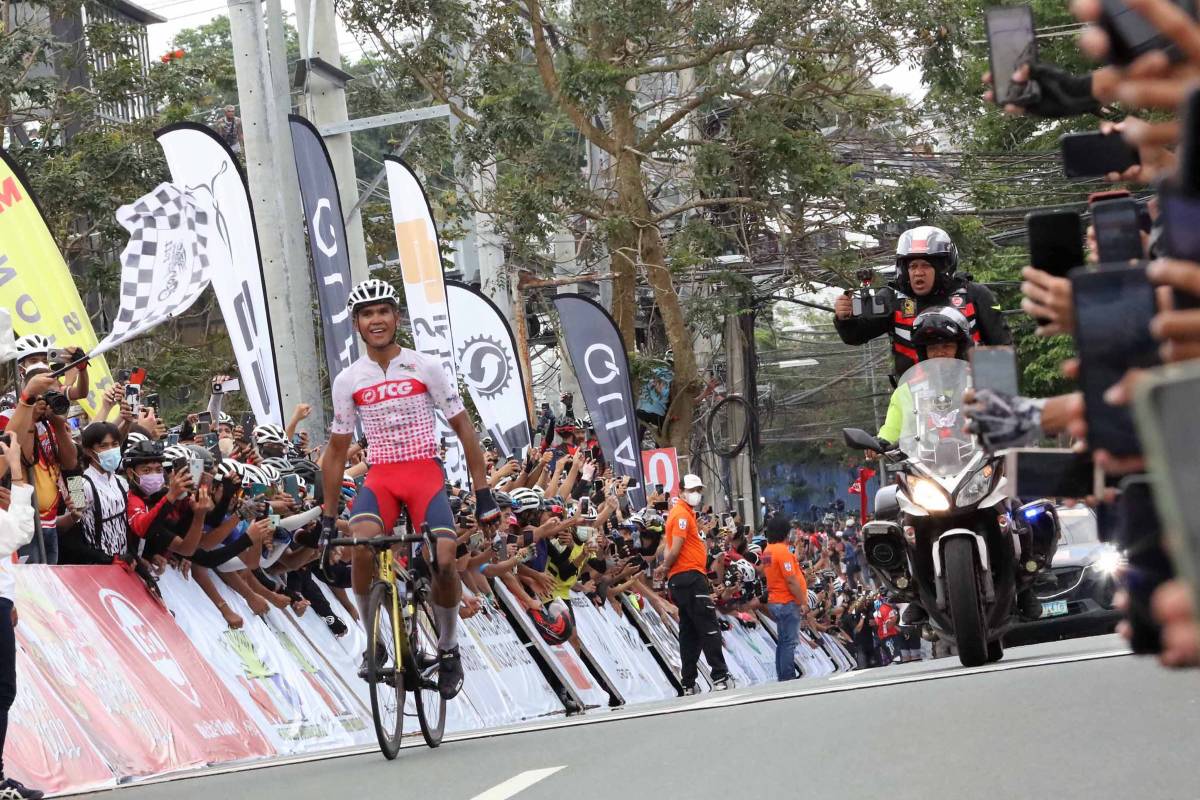 Ronald Oranza of Navy Standard Insurance unleashed his dormant mountain-climbing skills as he topped Stage Six to wrest the overall individual lead from Jonel Carcueva of Go for Gold in the 11th LBC Ronda Pilipinas, Tuesday in Tagaytay City.

Oranza conquered the dreaded Talisay-Tagaytay Road—a difficult 11.7-kilometer uphill climb consisting of 10 hairpins—to rule the 148.3-kilometer stage that started in Lucena and ended in front of the Praying Hands here in three hours, 40 minutes and 45 seconds.

The 2018 Ronda king raised his arms in jubilation after checking in at the finish where he was welcomed by a huge, cheering crowd that chanted and shouted his name.

The 29-year-old Villasis, Pangasinan native then fell to the ground as he suffered leg cramps on both his legs and was carried by two security men straight to their team tent where he was met by his emotional coach Reinhard Gorrantes, who hugged and cried with him in jubilation.

“I didn’t expect I would take the red jersey, but I’m glad I did,” said Oranza.

The Herculean effort catapulted Oranza from No. 6 in the individual general classification race to the top in 18:46:04 while bumping Carcueva, who timed in 3:46:09 in the stage, down to third in 18:49:01.

Oranza also endured a flat tire in Cuenca, Batangas but got a spare in time to rally back to the lead. 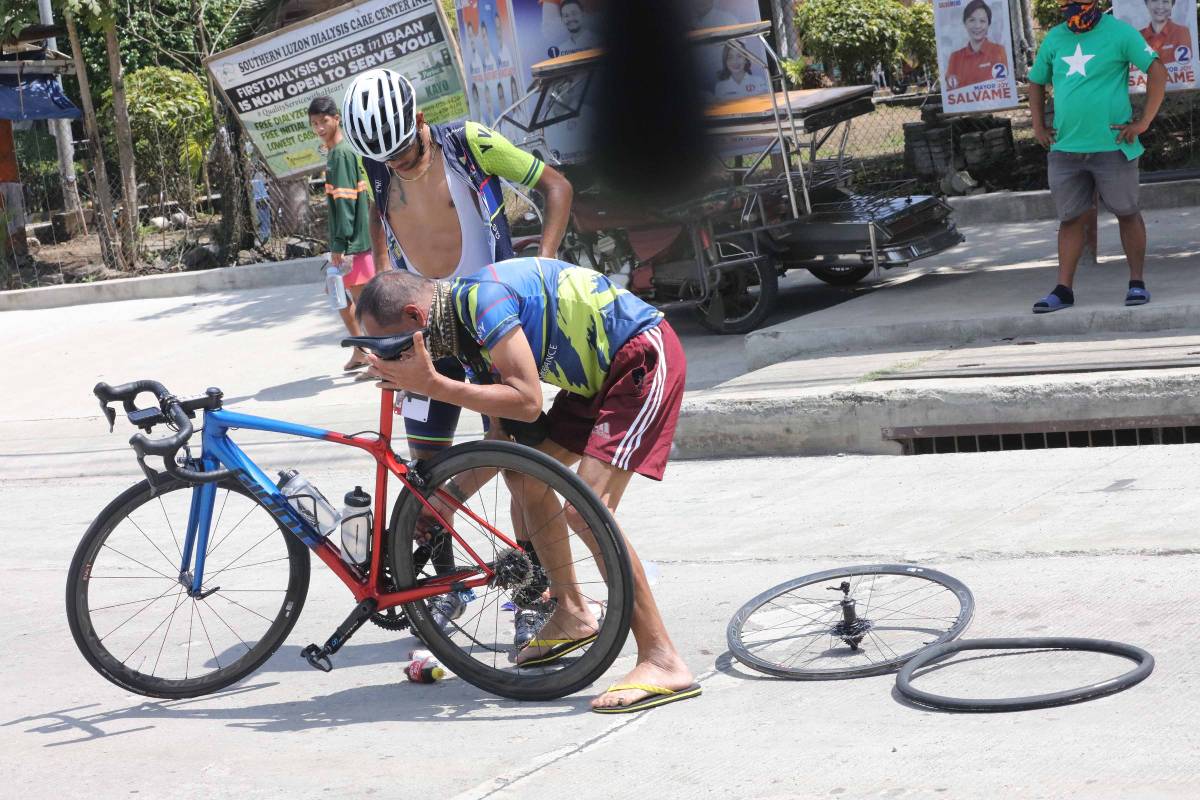 Defending champion George Oconer continued his descent as he sputtered in the climb and wound up 88th in the stage and 42nd overall, or a whopping 36 minutes off the pace.

Oranza and the Navy men’s recent feats also solidified their stranglehold of the overall team lead with an aggregate time of 53:41:57, or more than eight minutes ahead of Excellent Noodles (54:00:28) and more than 18 minutes atop Go for Gold (54:29:24).

This 10-stage race will take a much-needed respite in Tarlac on Wednesday before resuming tomorrow for a 180.4km Tarlac-Baler Stage Seven.