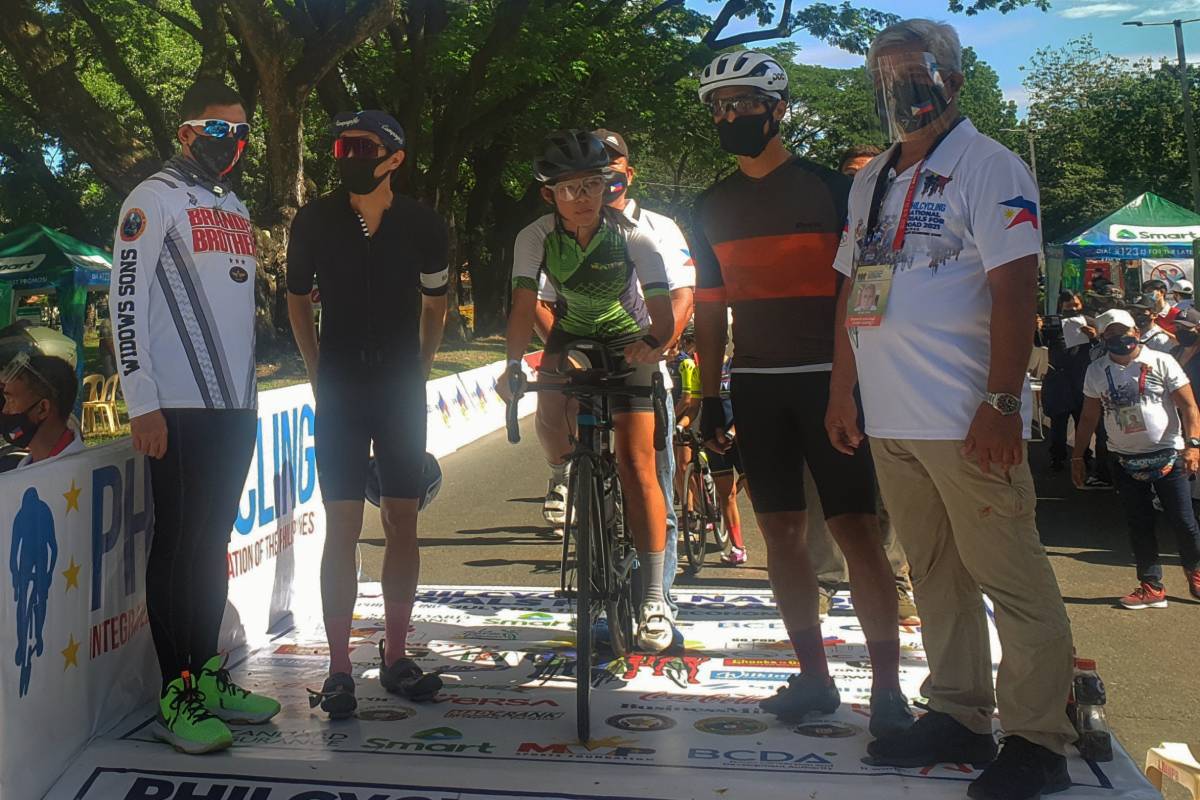 Mark John Lexer Galedo proved aged doesn’t matter and Kate Jasmine Velasco provided a peek of the future in Day 1 of the PhilCycling National Trials for Road on Saturday at the Clark Freeport Zone.

Galedo, 35, was in his best in the men’s individual time trial (ITT), winning the gold medal in 32 minutes and 2.2 seconds over the 24.60-km course that started and finished at the Clark Parade Grounds.

Velasco, on the other hand, made the Philippine Navy-Standard Insurance team proud with her gold medal-clinching ride in women’s ITT, ruling the 17.1-km race in 27:52.814.

The 21-year-old Velasco beat teammate Marianne Dacumos, who finished 22.187 seconds behind for the silver medal and Maura Delos Reyes settled for third with 00:28:35.452.

Galedo, riding for 7-Eleven Roadbike Philippines and gold medalist in the Myanmar 2013 Southeast Asian Games, however, missed a golden double after overshooting a sharp right-hand bend in the men’s criterium raced at the 2-3-km perimeter of the Clark Parade Grounds in the afternoon.

Go For Gold’s Dominic Perez ruled the double points final 20th lap to pile up 13 points for the criterium gold medal of the event also presented by Smart and MVP Sports Foundation.

Mathilda Krog, 19, also made her young presence felt in the women’s criterium, and with Velasco, made it 1-2 for Philippine Navy-Standard Insurance with 23 and 17 points, respectively. Avegail Rombaon of Devel was third with six points.