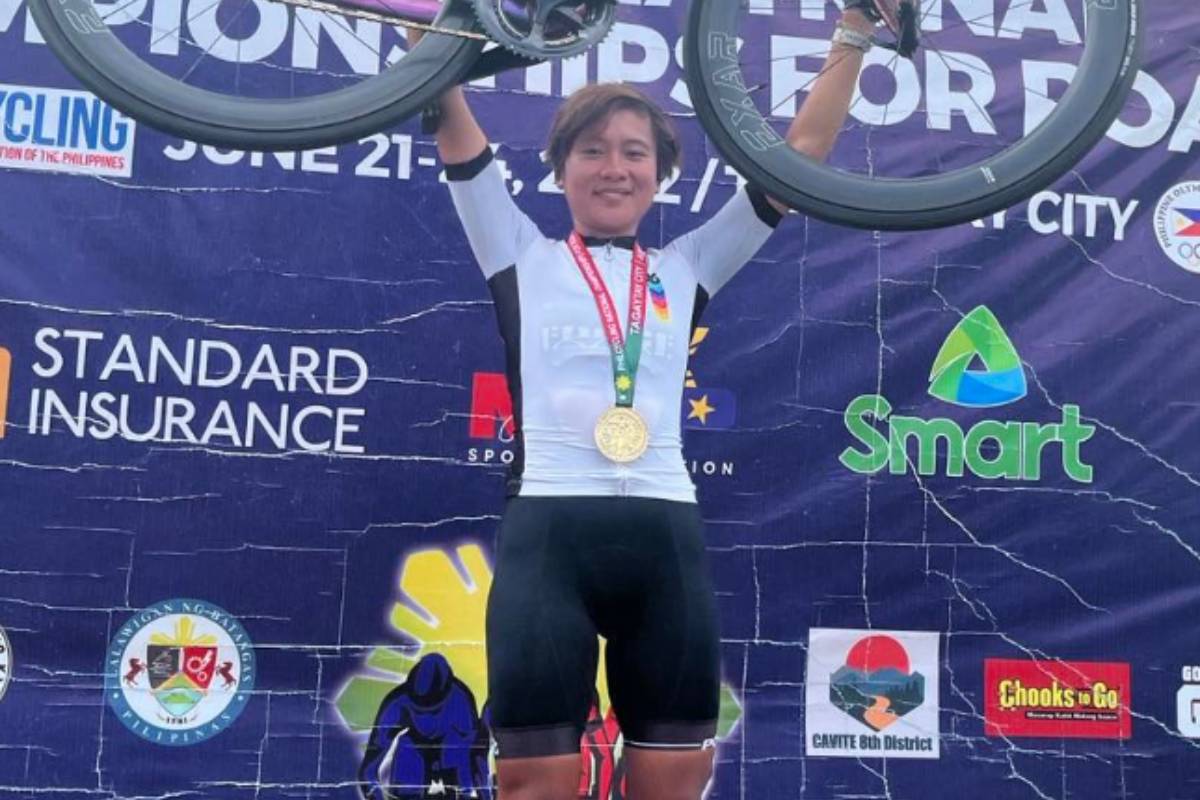 Nichol Pareja topped the Elite class and Jonel Carcueva ruled the Under 23 category of the grueling men’s road race of the PhilCycling National Championships for Road 2022 on Friday.

What started as an easy ride for the 123 riders—79 of them Elite—turned into an enormous as they took on two strength-sapping climbs—first a 9 % challenge 400 meters straight on that splintered the peloton in Agoncillo and second, the short but cruel Sungay Road separating Talisay in Batangas and this resort city sitting on a ridge with a fantastic view of fickle Taal Volcano.

“When I saw the opportunity, I didn’t let it slip away,” said Pareja, riding for 7-Eleven Roadbike Philippines who finished the 137-km grind that started and finished at the Praying Hands Monument here in three hours, 19 minutes and 54 seconds.

Pareja’s teammate, veteran Marcelo Felipe, kept him company most of the Sungay climb but had to settle for the silver medal after crossing the finish in front of an enthusiastic crowd 14 seconds later.

It was a glorious four days for Jermyn Prado in this event that was held for the first time in the pandemic.

Prado was a cut above the rest and Mathilda Krog was a gem in the rough in the criterium races.

Prado, a national team mainstay and Southeast Asia’s former queen of cycling, gained a lap over the Women Elite field in the criterium raced under a points format to win the gold medal unmolested with full 20-point performance.

“I trained hard for the championships and I really wanted to win this one,” said Prado, who topped the individual time trial and was second in massed start (road) at the 2019 Southeast Asian Games Tagaytay City hosted 2019.

Ma. Mhay Ann Lina clinched silver with 10 points and Avegail Rombaon also of Philippine Navy-Standard Insurance bagged bronze with eight points in the 16-lap criterium that offered 5-1-3-2-1 points in the intermediate sprints at the fourth, eighth, 12th and 16th laps.

Go For Gold’s Boots Ryan Cayubit pulled off a strong surge in the double points 20th lap for 11 points to steal the gold medal in the Men’s Criterium that was raced under the rain later Tuesday.

Mark John Galedo and, again, Prado were a class act in the individual time trial (UTT) races on Day 2.

Galedo, the most veteran in the field, clocked 52 minutes and 43.10 seconds to win gold in men’s ITT raced over 30 km from Nasugbu to the Praying Hands Monument here, reiterating that at 37, he still packs the legs that made him a former Southeast Asian Games winner and many time domestic tour champions.

“I prepared hard because these are the national championships,” Galedo, riding for 7-Eleven Roadbike Philippines said. “I still feel them in my legs and I’ll go on riding.”

Nichol Pareja (7-Eleven Roadbike Philippines) topped the Men’s Under-23 and also raced over 30 km in 55:49.20, followed by Macryan Lago (Go For Gold) 14 seconds behind and Arvin Duanne Digap close to six minutes behind.

After ruling the criterium with impunity—she gained a lap on her opponents—on Tuesday, she came back smoking anew the day after to dominate the 20-km women’s ITT in 39 minutes and 14.20 seconds.

Two Philippine Navy-Standard Insurance riders completed the podium—Marianne Grace Dacumos (2:30 behind) and Avegail Rombaon (2:39 behind) in the championships that went down in Philippine cycling history as the most attended with close to 600 riders registering across two genders and four categories.

Prado rode a calculated and lethal race to pedal away to her third gold medal on Day 3.

With the road race (massed start) for Women Elite tracing the same route as that of the 2019 Southeast Asian Games, Prado, 27, pedaled patiently in the flats and took her own sweet time before she attacked in the climb back to the Praying Hands Monument with the up-and-coming Mathilda Krogg.

They went on a controlled pace to the finish of the 114-km race with Prado prevailing in a friendly sprint to win her third gold medal after the criterium on Tuesday and individual time trial on Wednesday.

“As I said, I don’t stop training,” said Prado, who clocked three hours, 21 minutes, and 23 seconds, the same time as the 19-year-old Krogg who settled for the silver medal, in the 114-km race that finished with a climb.

Krogg, however, emerged the Women’s Under-23 champion, her second gold after the criterium, in the championships. 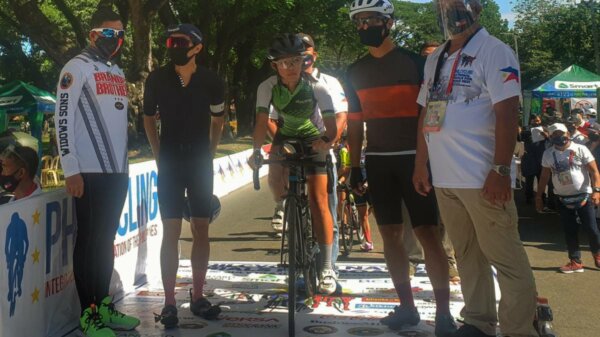 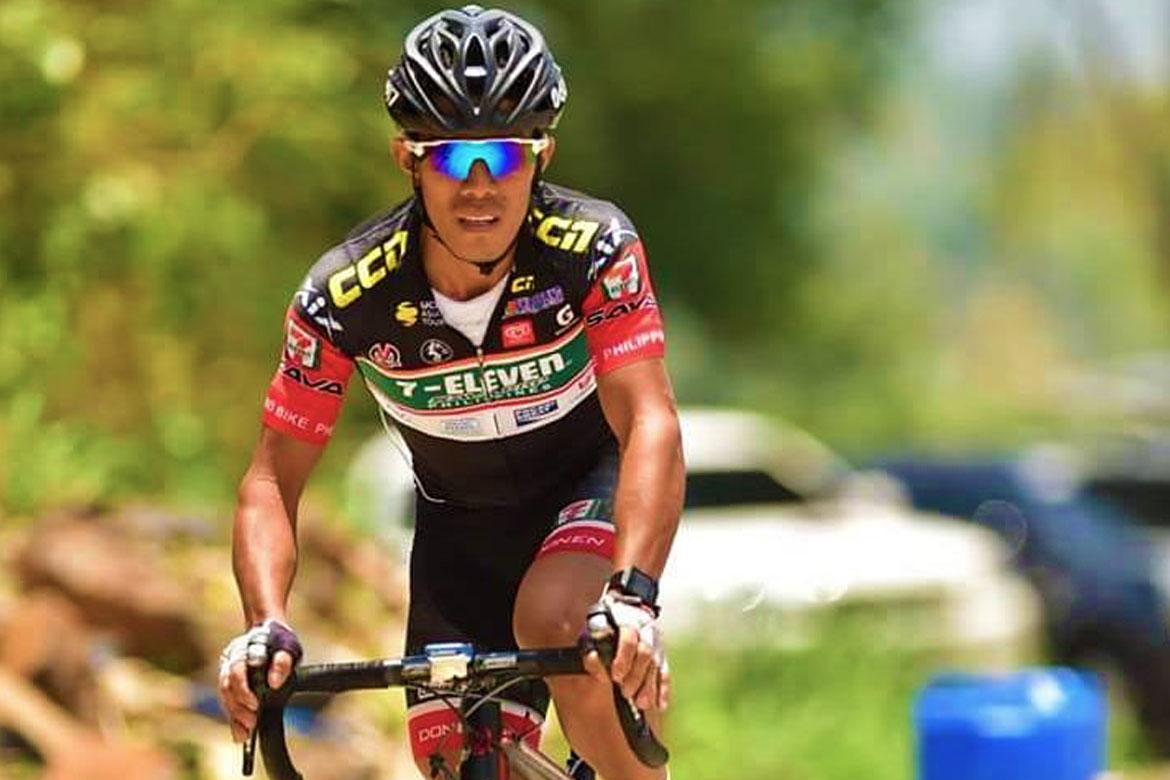 Mark Galedo and 7Eleven Cliqq-Air21 by Roadbike Philippines will make a much-awaited return, looking to reclaim their dominance in the LBC Ronda Pilipinas 10th... 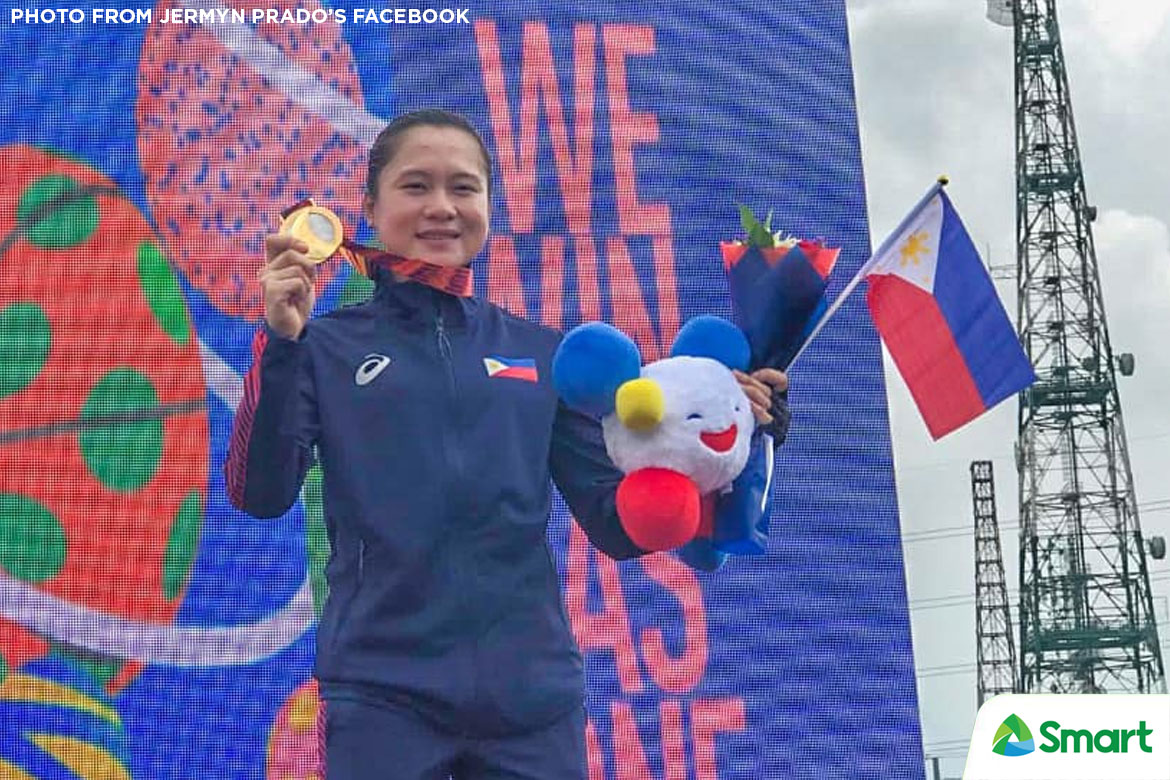