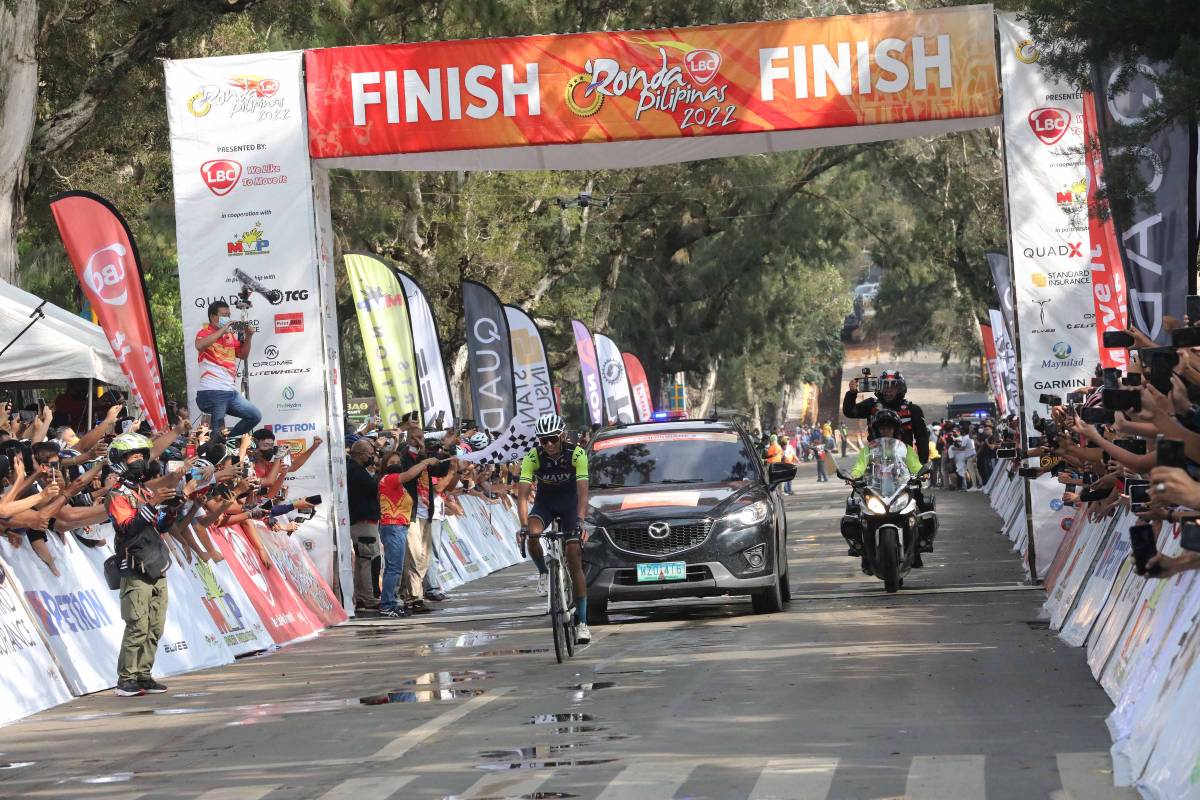 Ronald Lomotos of Navy Standard Insurance delivered the race of his life as he topped the tough Stage Nine on Saturday to snatch the overall lead from teammate Ronald Oranza and possibly the 11th LBC Ronda Pilipinas title with a stage to go.

Lomotos, 26, conquered the feared mountains of Kayapa in Nueva Vizcaya and arrived alone at the finish line in Burnham Park with a clocking of six hours, five minutes, and four seconds to claim the 174.4-kilometer stage and snatch the red LBC jersey from Oranza.

It was a performance to remember for the San Felipe, Zambales native, who overhauled a nine-minute deficit after the Baler-Echague Stage Eight Friday to zoom to the top with an aggregate time of 34:13:48, or 21 seconds ahead of Oranza.

Oranza, the 2018 Ronda champion, came in fourth in the stage in 6:14:22 which sent him sliding down to second in 34:14:09 after occupying the top spot following a Stage Six triumph in Tagaytay Tuesday.

While anything can still happen between Lomotos and Oranza in Sunday’s final 3.1km Stage 10 criterium, one thing is inevitable—a rider named Ronald will emerge as champion in this year’s edition of the annual cycling spectacle.

“I long dreamed of this and I thank the Lord he gave me this opportunity,” said Lomotos, who took up the sport when his father Nicholas died when he was still seven years old.

Lomotos was already shedding tears of joy after learning he already secured the leader’s jersey and possibly claim the top purse worth P1 million and the bragging rights as the new Ronda king.

“I took up cycling to help my mom (Zenaida), who was making ends meet as a caregiver,” he added.

Joshua Pascual and Joshua Mari Bonifacio of Excellent Noodles ended up second and third in the stage with identical times of 6:13:31 that catapulted them straight to the top 10 with the latter at No. 5 in 34:34:25 and the former at No. 8 in 34:38:58.

Excellent Noodles’ Jan Paul Morales, the overall leader in the early stages, succumbed in the ascents and slipped from No. 2 to No. 7 in 34:37:33 and kissed his title chances goodbye.