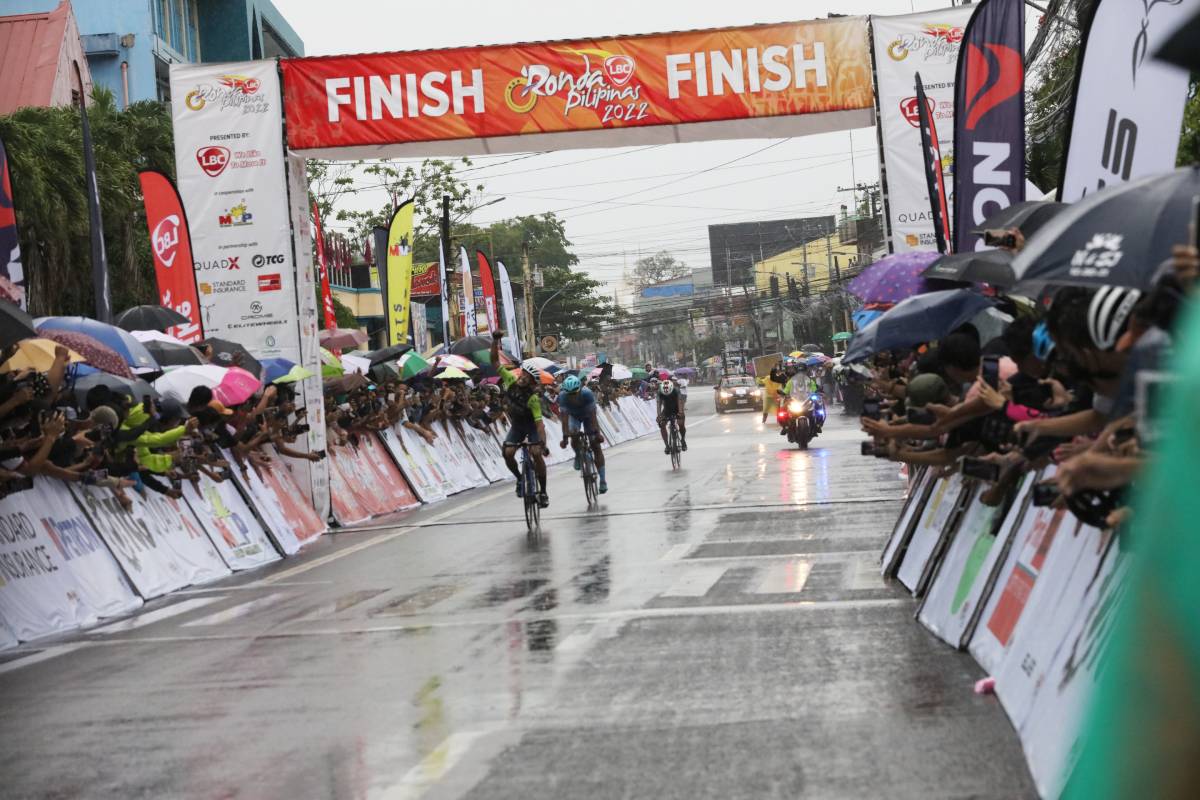 Defending champion George Oconer and 2018 winner Ronald Oranza of Navy Standard Insurance made their presences felt after a slow start and bounced back strong in the 179.8-kilometer Stage Four of the 11th LBC Ronda Pilipinas at the Provincial Capitol, Sunday in Daet, Camarines Norte.

Oconer unleashed his full might in a wet and wild finish that saw him claim his first stage win this year with a clocking of four hours, 10 minutes, and 12 seconds while catapulting him straight to the top 10 from 13th.

Oconer, the 29-year-old new Navy skipper, likewise made his move in the overall race as he leapfrogged from No. 7 to No. 4 after he paced the nine-man pack that checked in at fifth in 4:10:38 in the stage that was hit by heavy rains in most parts of the province.

And because of their Herculean efforts, there were now two Navy men in the top 10 instead of one going into the final six stages.

“I’m just warming up,” said Oconer, who bested Excellent Noodles’ Mervin Corpuz and Drey’s Arjay Peralta—the other podium finishers with times of 4:10:12 and 4:10:14.

“It’s still too early and a lot of things could still happen,” said Oranza.

Red LBC jersey holder Jan Paul Morales of Excellent Noodles was with Oranza’s group to keep the GC lead in 9:42:37 ahead of teammates Corpuz, who zoomed to No. 2 from No. 4 following his second straight second-place finish in 9:42:57, and Ryan Tugawin, who has 9:43:15.

#ReadMore  Navy's Oranza, Morales out to have blazing start in 2020 Ronda Pilipinas

There were no changes in the overall team race as Excellent Noodles remained unflappable at the helm with an aggregate clocking of 26:37:41 followed by Go for Gold’s 26:40:03 and Navy Standard Insurance’s 26:40:47.

Navy Standard Insurance also lost climber Junrey Navarra, who was taken out of the race in the Sorsogon-Legazpi Stage Three Saturday after complaining of breathing problems and will no longer return.

But Navy coach Reinhard Gorrantes said they were prepared for the worse.

“He (Navarra) is still recovering from tuberculosis and we asked him if he still wants to ride. He said he will,” said Gorrantes. “But we have already planned for a contingency because we knew this could happen.”

The 212.5km Stage Five is set on Monday from Daet to Lucena City.