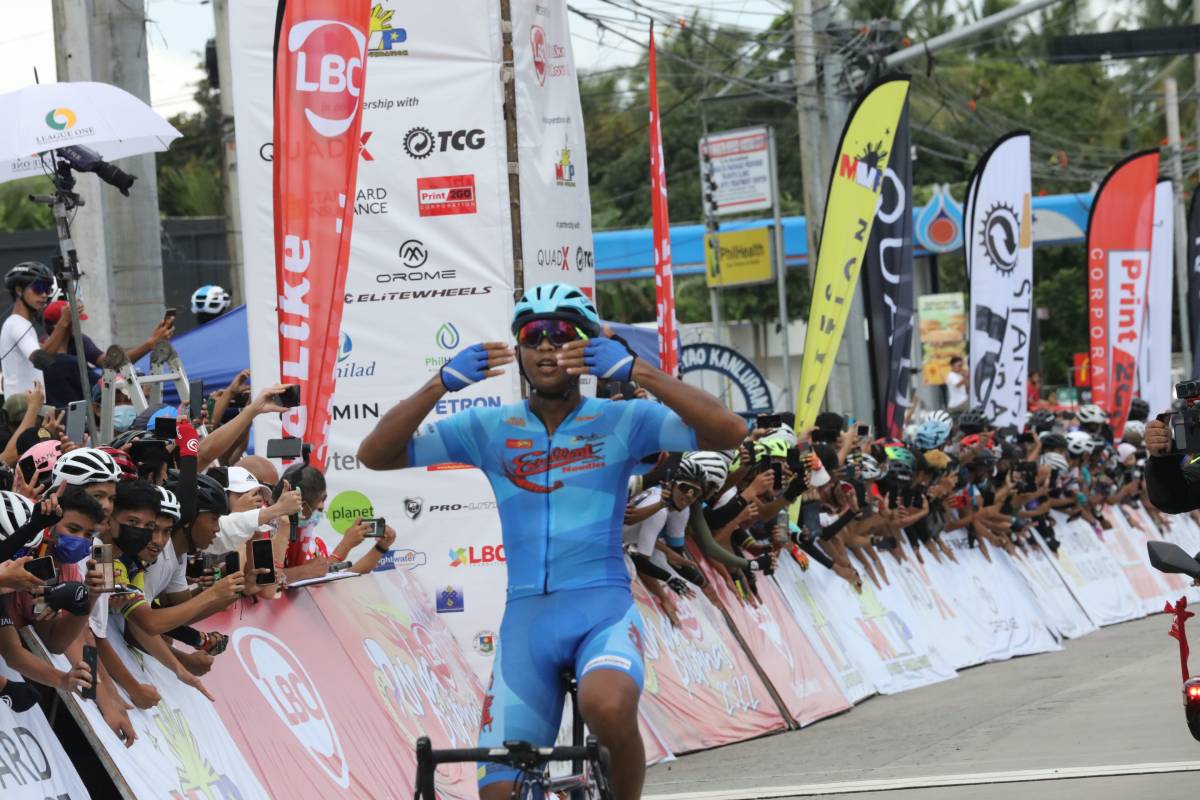 Jonel Carcueva of Go for Gold came through with a ride of his life as he finished seventh in Stage Five to supplant Jan Paul Morales of Excellent Noodles from the top in the 11th LBC Ronda Pilipinas in Lucena City, Monday.

The effort by the Mendenilla, Cebu native shook up the overall individual general classification that was highlighted by him leapfrogging to the top with an aggregate time of 15:02:52 while shoving Morales down to second with a 15:04:09 after wearing the red LBC jersey in the first four stages.

“Being a mountain biker taught me tricks in riding downhill and this experience helped me today,” said Carcueva, whose best finish was sixth overall four years ago.

Bonifacio, formerly of Go for Gold, stole some of the thunder as came through with the first stage victory of his young and promising career.

Another Go for Gold bet, Ronnilan Quita was third in 5:17:44 for his second podium finish after also winding up third in the Stage One Individual Time Trial in Sorsogon City Friday.

“I preserved my energy for that climb in the mountain,” said Bonifacio referring to the Atimonan Zigzag Park, or “Tatlong Eme.”

Morales, for his part, said he was okay but just couldn’t extricate himself out of his rivals who made sure he was contained.

#ReadMore  AVC: Philippines U18 could not sustain strong start, bows to India in opener

There was also a major shakeup in the overall team race as seven-time winner Navy Standard Insurance snatched the lead from Excellent Noodles with a total time of 42:32:26.

The race resumes on Tuesday with the 157.4km Lucena-Tagaytay Stage Six.