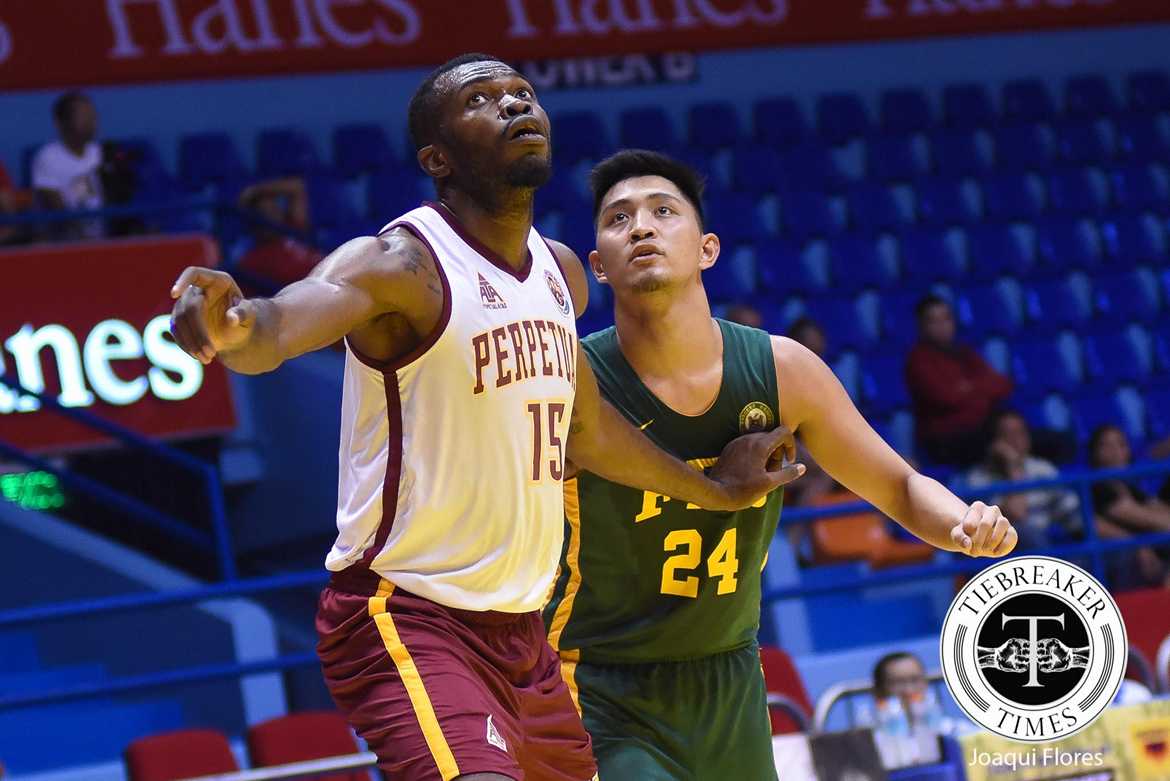 After three embarrassing losses, the Far Eastern University Tamaraws, even without big men Ken Holmqvist and Reymar Jose, were able to lockdown the paint and hand the University of Perpetual Help System DALTA Altas their first loss in the 2016 Filoil Flying V Premier Cup, 62-57, Thursday afternoon in San Juan City.

Rey Bienes led the 14 Tamaraws lined up for this game in scoring ten markers on 5 for 6 shooting in the game. The backcourt combination of Steve Holmqvist and Wendell Comboy scored eight apiece while Prince Orizu grabbed eight boards in the win.

The younger Holmqvist and Jose did not play in this game due to serving National duties. The loss of the two big men though inspired the Tamaraws as they were able to limit the foreign student-athlete combination of Prince Eze and Bright Akhuetie to just seven markers and eight boards in the first half. Moreover, Richard Escoto, Steve Holmqvist, and Orizu were able to help FEU gain a 28-22 lead in the first half.

The Perpetual rally came in the final period with the Altas going on a 16-6 surge behind Akhuetie’s six points to cut the lead to just four, 55-51, with 3:05 remaining. A fader by Holmqvist and a three-point play by Orizu halted the Perpetual rally but the latter fouled out that fired up Akhuetie.

A split on the stripe by Eze and a three by Gab Dagangon cut the lead to just five, 60-55, with 34 ticks to go while a turnover by Allen Delos Santos led to a layup by AJ Coronel with 18 seconds to go. However, time was not on Perpetual’s side while two free throws by Holqvist sealed the game for FEU.

Coronel led the Altas with 13 points while Dagangon was limited to just 12 markers. Eze and Akhuetie combined for just 15 points and 12 boards in the loss.