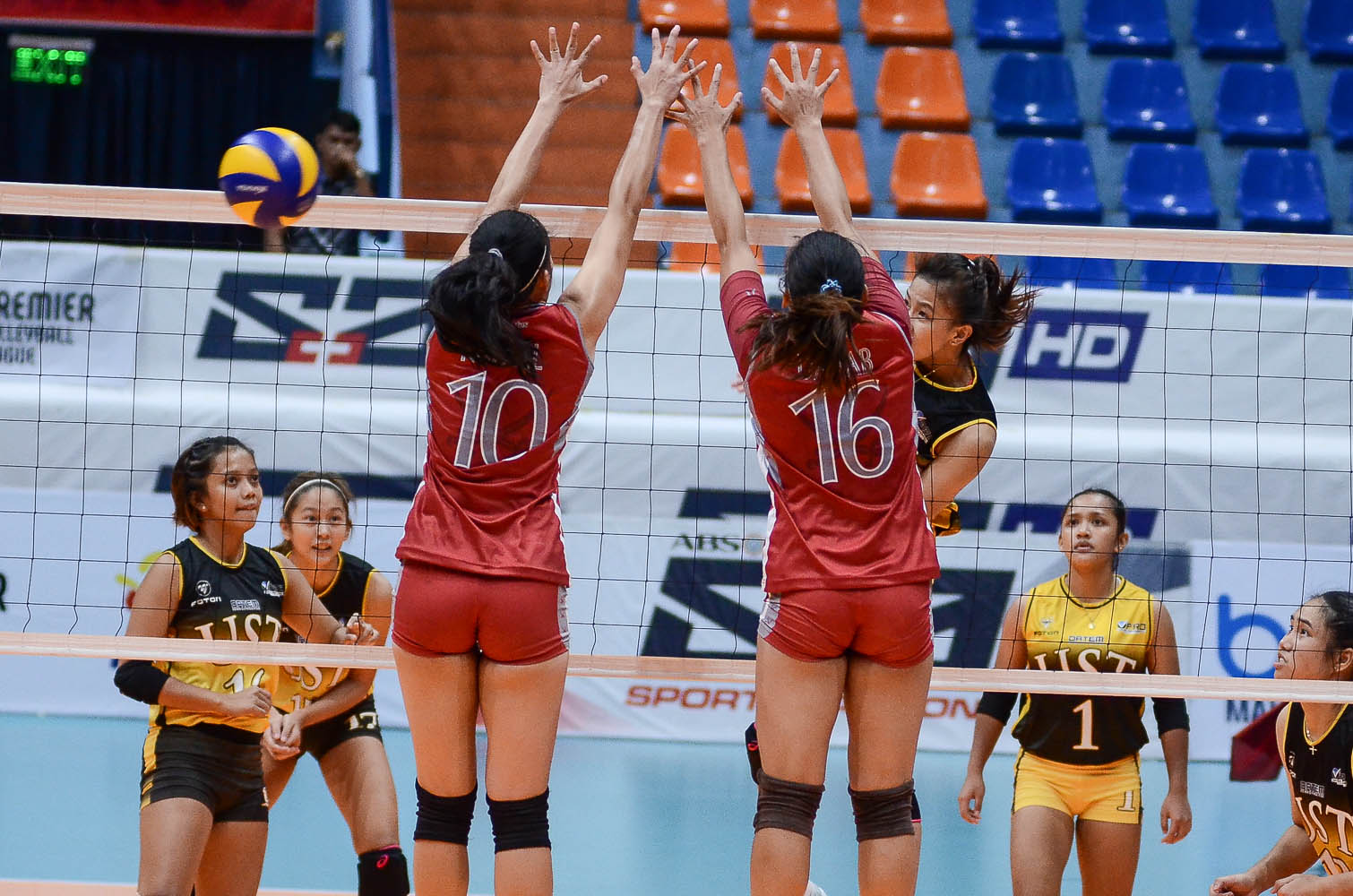 Behind a balanced attack, the University of Santo Tomas Golden Tigresses made short work of the Lyceum of the Philippines University Lady Pirates, 25-18, 25-13, 25-21, in the 2019 PVL Collegiate Conference at the FilOil Flying V Centre, Sunday.

The Golden Tigresses unleashed a balanced arsenal as UST head coach Kungfu Reyes fielded all of his players in the straight-set, 73-minute victory.

With momentum on their side following a huge surge in the second set, the Growling Tigresses thought they were out of danger zone as they sat at a 22-18 cushion.

However, the Lady Pirates roamed fiercely above the net, denying UST on a string of scoring opportunities. Lyceum then knocked to within a point after scoring thrice in consecutive manner.

But errors doomed the Lady Pirates after they committed a setting error. Janna Torres then pushed UST at match-point.

EJ Laure, who had only scored a point via an ace, netted her second and last point in the match to ice the game for good.

Imee Hernandez spearheaded the Tigresses in scoring. She uncorked nine points — built on five attacks, three blocks, and an ace.

Torres had eight points, three of which coming from the blocking department, while KC Galdones contributed five markers and six excellent digs.

Laure made a successful return from a two-year hiatus. Aside from her two points, she also had five excellent digs and a pair of excellent receptions.

UST tries to make it two in a row when it faces St. Benilde on Sunday next week while Lyceum will take on Arellano the day before. Both matches will be played at the same venue.