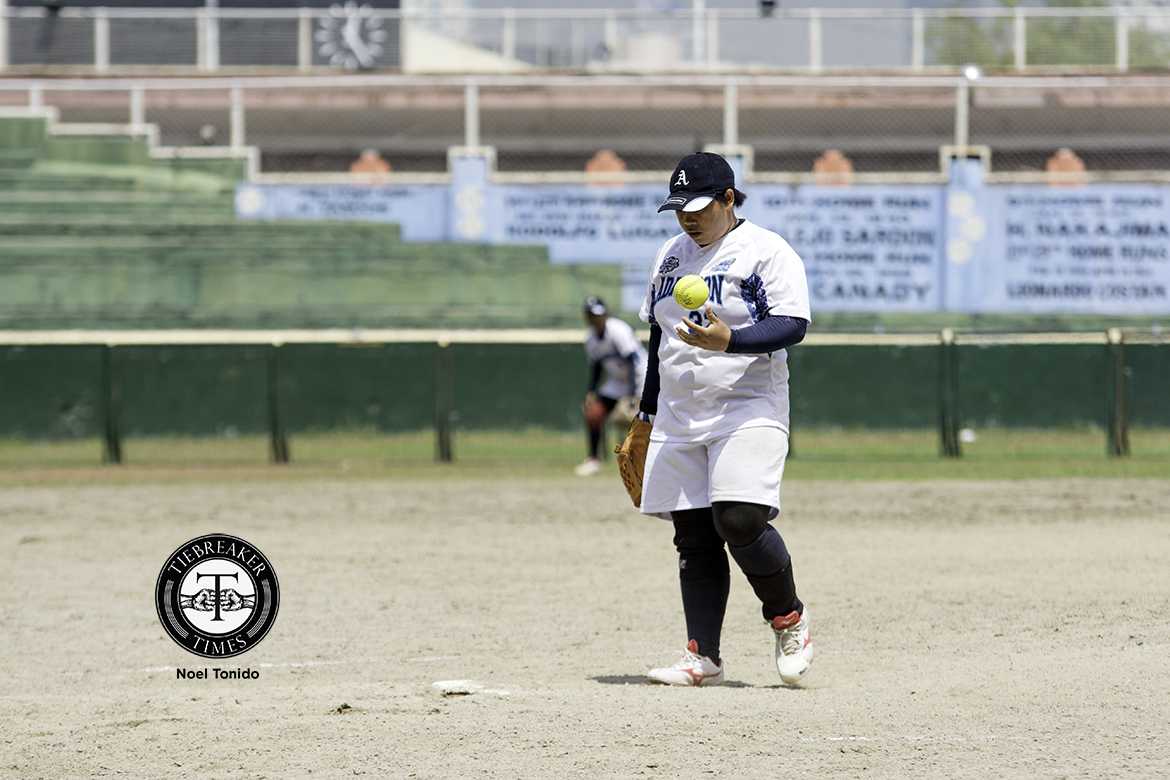 Ever since the UAAP made softball a regulation sport, the Adamson Lady Falcons always had elite pitchers anchoring their defense.

From the Muyco sisters, Cloiene and Julie, to UAAP legend Rhiza Bernardino to two-time UAAP Most Valuable Player and UAAP Season 78 Finals MVP Annalie Benjamen, the ace pitchers of Adamson University have not only brought glory to their school but also to the country in international competitions.

However, before all the gold medals, individual awards, MVP tiaras, and championships, Benjamen had to earn her stripes before turning into the UAAP legend that she is today. Like everyone else, she had to work hard to earn the respect of her coaches and peers.

Even in being away from her family at a very young age, Benjamen was dead set on her one goal: to attend college at Adamson University. “Desidido talaga ako na dito ako mag-aral sa Adamson,” she shared. “Adamson talaga ang dream school ko kumabaga.”

Once Bernardino graduated from the UAAP after Season 75, it was Benjamen’s time to take over the mound for the Lady Falcons. The two years of learnings and hard work paid off incredibly as she won the MVP tiara and best pitcher of the tournament for two straight years prior to Season 78. Moreover, she had helped maintained the fabled Adamson streak.

Season 78 though was a whole different story. After years of carrying the Lady Falcons on her young shoulders and the grinding schedule of the softball circuit that included a 2015 Southeast Asian Games gold medal run for the RP Blu Girls, Benjamen suddenly looked fatigued. Throughout the season, the Queen Falcon lost control of her pitches in some of the games and had to rely on her powerful fastballs to get her through the game. Moreover, she had to be iced up after the games just to push through the three games a week schedule of the games.

In their last game of the elimination round, The Streak came to a crashing end at 73 games. Benjamen, for the first time in two years, looked lost in the mound as the UST Tiger Softbelles bombarded hit after hit on her in the early innings that led to a 6-2 win that stunned the entire Philippine sporting community.

The team took the loss hard according to Benjamen but had to quickly get up for the playoffs. During the Finals, the Lady Falcons and the Tiger Softbelles fought tooth and nail with the series reaching the limit: a winner-take-all Game Three.

Dimpo was spectacular in her last UAAP game ever. She was able to connect on a 2-RBI home run to left field during the bottom of the third inning that ultimately gave Adamson the lead. In addition, the ace pitcher gave up nine hits but limited them to 3 runs in a no-relief seven-inning stint that paved the way for Adamson’s sixth straight championship. “Yung gift ko sa school, yung championships talaga. First time namin sa history namin na six straight championships,” a humbled Benjamen said about how grateful she is to the institution that honed her for the last five years.

Lost for words after going a rare five for five (five championships in five years), Dimpo looked up to the skies and thanked God for giving her the strength in finishing her journey with Adamson.

Now that her reign on the mound is over, she is hoping that the next great Adamson pitcher continues the Adamson tradition of going all-out in every game. “Sana yung mga susunod sa akin na pitcher, malakas pa rin ang loob pagdating sa laro,” the UAAP Season 78 Finals MVP said.

With Benjamen ending her collegiate career, the likes of UST’s Ann Antolihao, La Salle’s Jamica Arribas, UP’s Cherokee Diolata, Ateneo’s Ira Nevalga, National U’s Mia Macapagal and Mary Ann Ramos are all looking to be the next queen of the mound. However, it will be hard for anyone to even match the legendary career left by Benjamen.

Effort, heart to lead the way for Petron-PSL in international stint