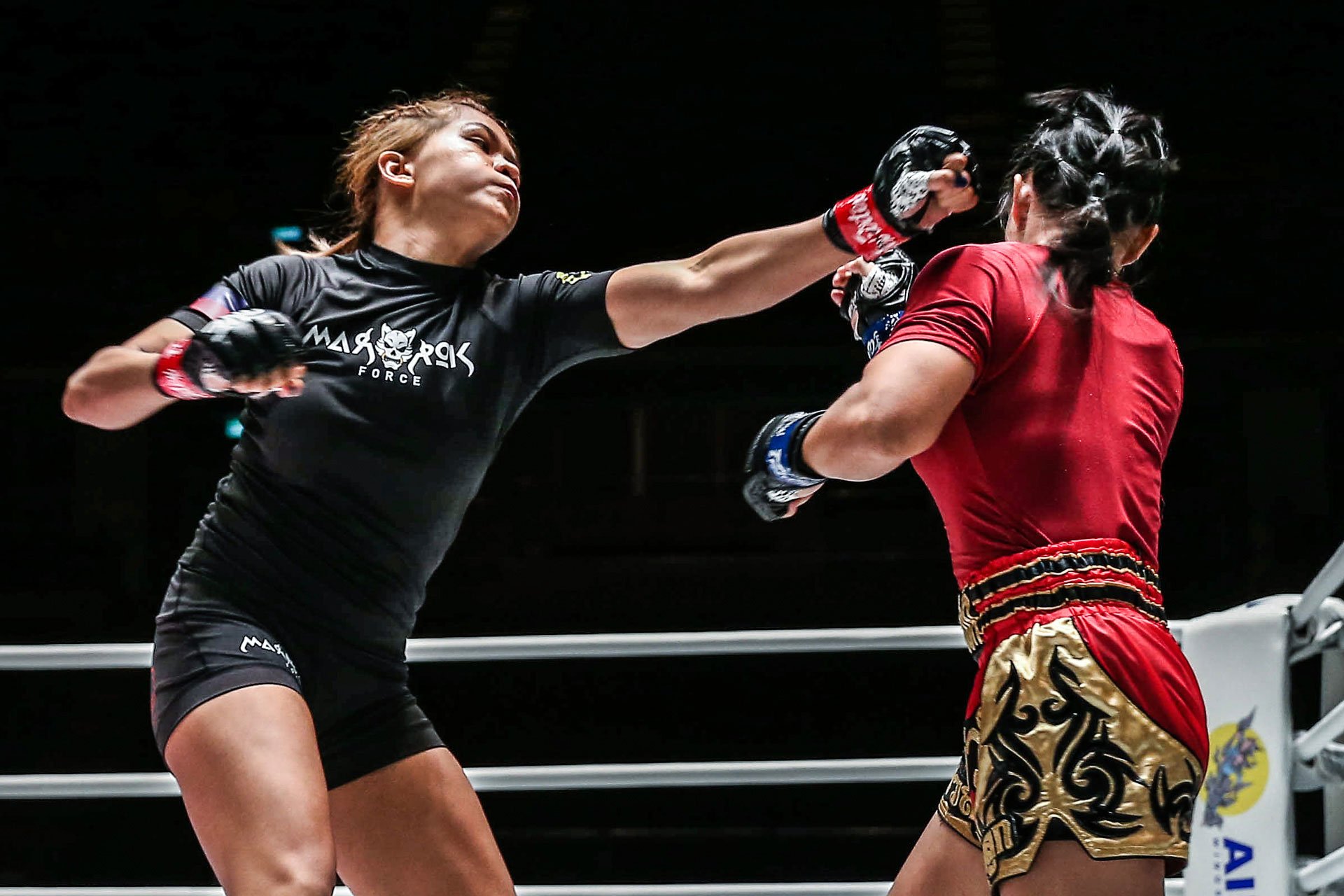 Denice “The Menace” Zamboanga executed a performance to remember at ONE: A New Breed on August 28 in Bangkok, Thailand, but she claims her best is yet to come.

Zamboanga needed only 88 seconds to dispatch Watsapinya “Dream Girl” Kaewkhong via submission, only further securing her spot as the number-one contender to ONE Atomweight World Champion “Unstoppable” Angela Lee.

“I am only getting started. Expect me to continue to improve the next time I step into the Circle.”

If that performance was just the tip of the iceberg, then big things are certainly in store for the 23-year-old.

She quickly turned the match into a nightmare for “Dream Girl”, overwhelming her opponent in the striking department while connecting with punches at will.

No matter where the match went, Zamboanga dominated. In the clinch, the top-ranked Filipina landed knees, before taking the match to the ground and finishing Kaewkhong via Americana.

It was Zamboanga’s first finish in The Home Of Martial Arts following a solid start in the promotion, where she dominated the division’s biggest names in Jihin “Shadow Cat” Radzuan and two-time World Title challenger Mei “V.V” Yamaguchi.

“I am happy, especially since I finished it in the first round,” Zamboanga said.

“I actually did not expect that it would end soon. And what surprised me more is that I got a submission win via Americana, something that I don’t often do.”

With the win behind her, Zamboanga now turns her focus to Lee.

“I hope you’re safe and doing well,” Zamboanga said to the World Champ. “I can’t wait to share the stage with you next.

“If everything gets back to normal, hopefully, I get a title shot soon.”

In the meantime, catch the previously recorded ONE: A NEW BREED II on September 11 by downloading the ONE Super App.