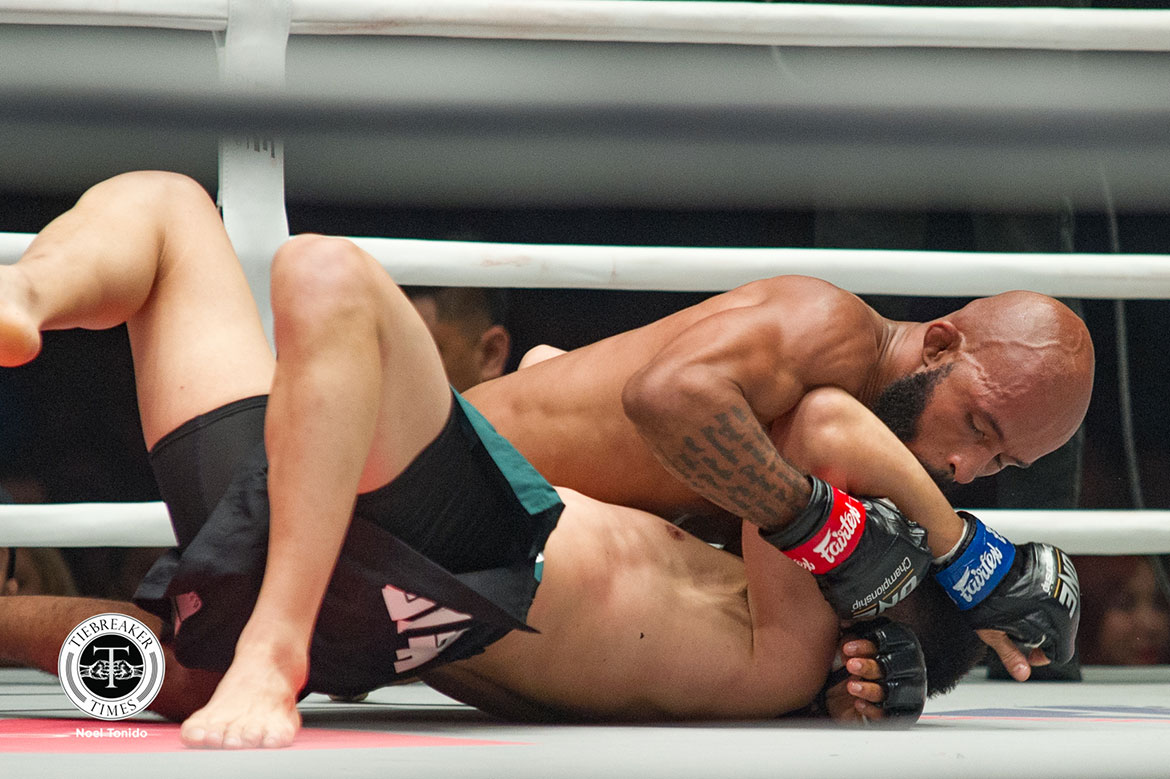 Despite an early scare, Demetrious Johnson showed why he is on a different plane, outclassing Tatsumitsu Wada en route to a decision win and advance to the ONE Flyweight World Grand Prix Finals, Friday evening.

Johnson will face Danny Kingad in the finale of the eight-man tournament on Friday, October 11 during ONE: Century.

“It sounds like a fun fight. He’s very explosive and still young,” said the former UFC World Flyweight Champion about the bout that will take place in Tokyo, Japan.

Despite a lackadaisical first round that saw him on his back for most of the time, Johnson’s poise was never lost.

“Tonight, I could not get my game going against Wada. I used my grappling tonight,” the American said.

After getting his feet wet in the second round, Johnson finished the match strong, going on top most of the time while flawlessly switching from multiple dominant positions on top to secure the win.

Besides advancing to the finale, Johnson raised his slate to 29-3.

Wada, who defeated Gustavo Balart in the opening round, fell to 21-11.