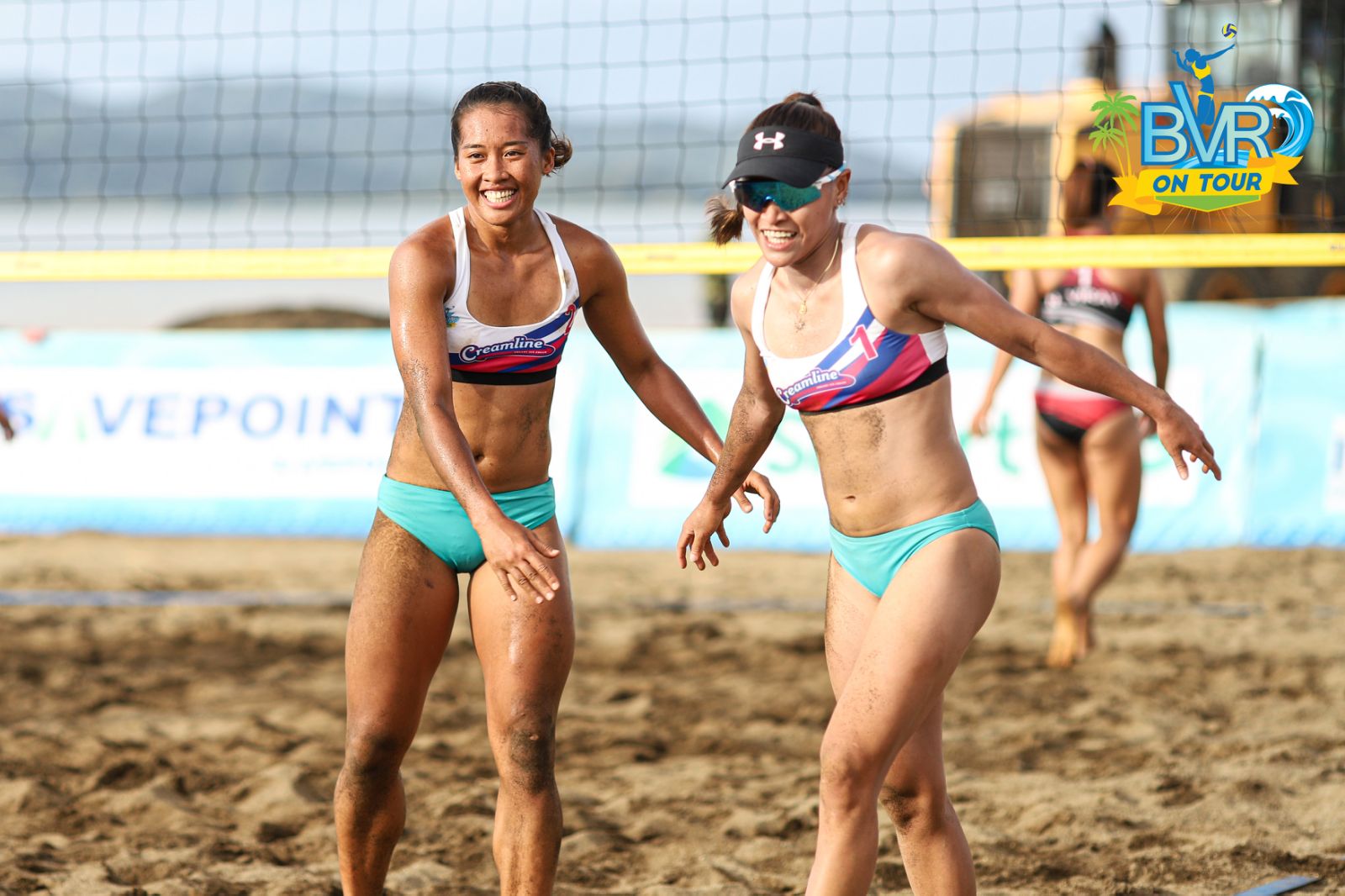 Creamline 2’s Dij Rodriguez and Dzi Gervacio, for their part, avoided the upset axe as they rallied from an 11-13 deficit in the third set to beat the young TM crew of Mer Jauculan and Hannah Cabansay, 18-21, 21-8, 16-14.

It took 53 minutes for Rodriguez and Gervacio to join fellow Cool Smashers’ Rondina and Pons in the semifinals.

Rondina and Pons, who topped Pool B after a perfect 3-0 campaign, were simply impressive on both ends of the sand court, needing only 26 minutes to eliminate the Viray twins. 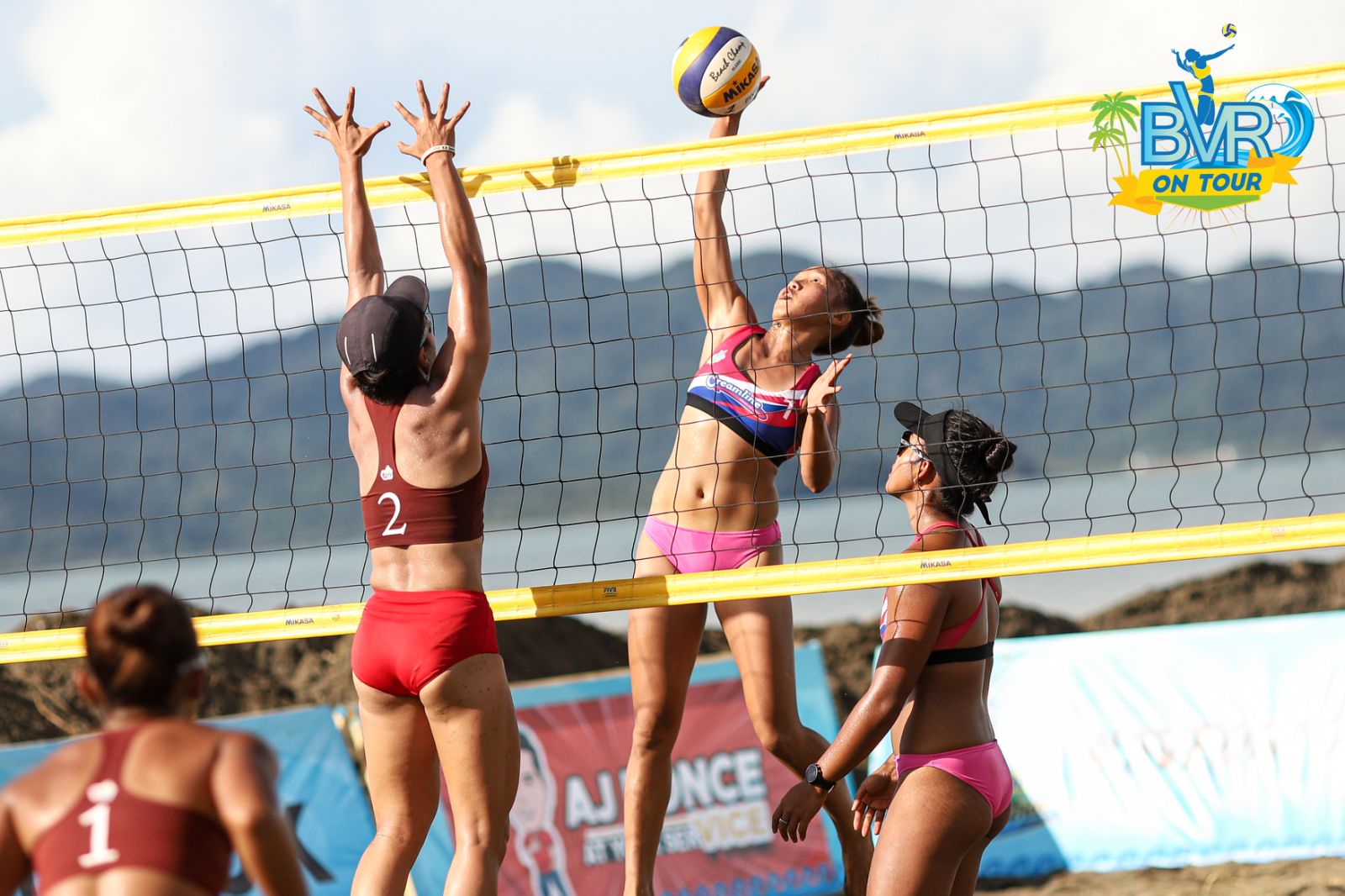 Rodriguez and Gervacio completed a four-match sweep of women’s Pool C matches with a 21-12, 21-6 rout of Black Mamba Army 2’s Jem Gutierrez and Audrey Paran in the morning session.

Earlier in the day, Barbon and Eslapor also carved out a 21-9, 21-13 win over Morente and Samonte to top Pool A.

Pineda and Troncoso finished second behind Barbon and Eslapor in Pool A at 2-1 following a 21-16, 21-11 victory over Toyota Tuguegarao’s Nicole Tiamzon and Jho Maraguinot.

PLDT’s Viray twins were dominant in the third set in a 21-11, 19-21, 15-2 win over Delimondo’s MJ Ebro and Bianca Lizares to finish third in Pool C with an even 2-2 card and eventually secure a quarterfinals berth by finishing seventh overall in pool play.

The Eastern Perlas Spikers, who ranked third in Pool A, and Sta. Lucia 1’s Jackie Estoquia and DM Demontaño, third placers in Pool B, were actually tied at eighth spot overall at 1-2, but Morente and Samonte claimed the last spot by virtue of superior quotient.

The semifinals and the medal rounds will be played Monday.