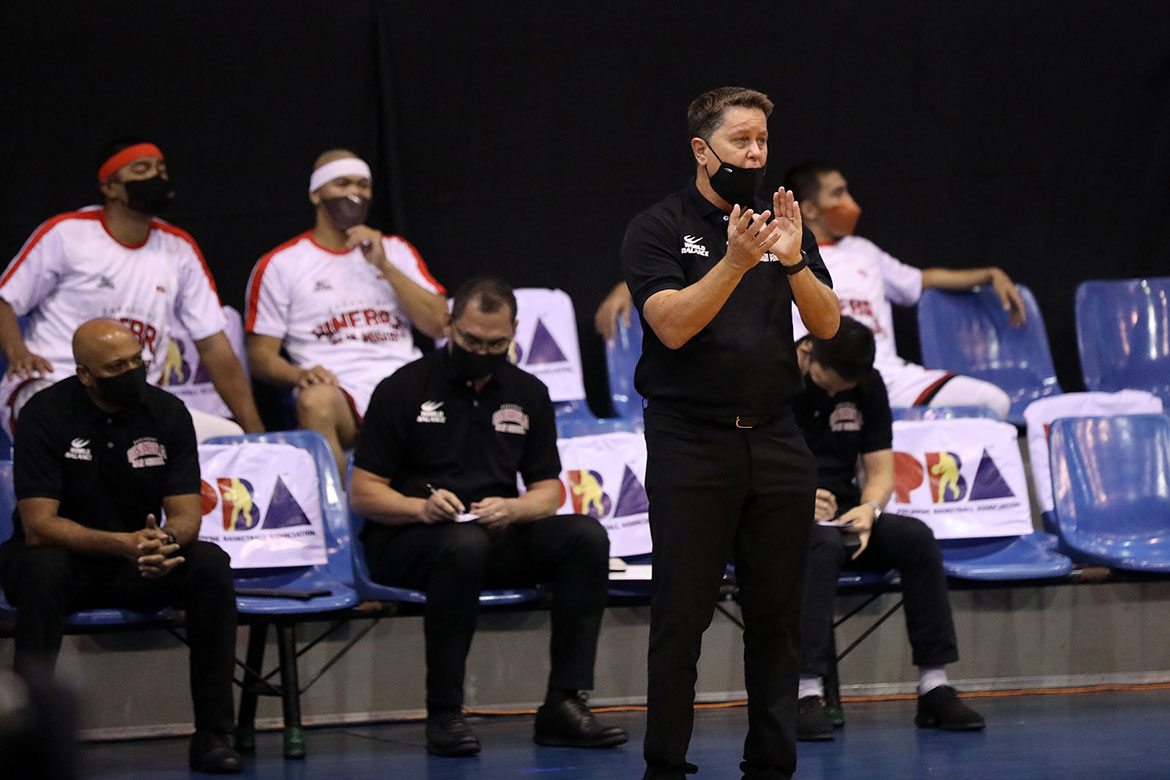 SMART CLARK GIGA CITY — Barangay Ginebra head coach Tim Cone knows he’s in hot water whenever he decides to look at the big picture and save his players for the next game, as he did on Sunday versus San Miguel.

Fans were disappointed by the Gin Kings’ showing that resulted in the 66-81 defeat. But the two-time Grand Slam winner explained that he made the decision while thinking long-term.

The Barangay had a tough 48 hours ahead, since it would face Terrafirma the night after taking on the Beermen. And Cone admitted that they weren’t ready versus SMB, so he decided to sit his main guys to prepare for the Dyip.

“Again, that’s on me. I was hoping they would be ready, but they weren’t, and then I had to make that decision. It was a difficult decision. It’s a decision I made multiple times in my career,” he said.

“Every time I make that decision, I get heat on it. But you know, in the long run, the players are supposed to stay in that particular moment, and play in that particular game, but the coaching staff, they have to see the bigger picture. They have to see the risk and reward that goes on in playing. So we felt the risk was too great,” the league’s most accomplished mentor said.

For Cone, he and Ginebra could not afford to lose both games, since they do not have the assurance of a top four finish that merits a twice-to-beat advantage for the quarterfinals — which is what they are gunning for.

Monday night arrived, and Cone’s decision — no matter the disappointment of some — paid off greatly. The Gin Kings won in convincing fashion, 102-80, and clinched the top seed with an 8-3 card.

Cone felt justified with his decision.

“So that was a call we had to make, and if I may say now it’s the right call. We’re the number one seed. We’re going to the playoffs healthy and fresh, and we feel we have a shot.”

Now, Ginebra can move forward and set their sights fully on the playoffs. It’s also a huge morale boost to lock the number one spot heading into the next round set later this week.

Cone knows the expectations of being on top, but he refuses to get caught up with that. “When you’re the number one seed, everyone assumes you’re gonna get to the finals,” said the winner of 22 championships.

Ginebra does not yet know who it will face in the quarters, with the playoff picture still incomplete. But according to Cone, it’s all about working on themselves and preparing as much as they can for whoever.

“The good news is we’re done, so we got a few days of rest before the start of the playoffs, which I guess might be Friday or Saturday. From this day on, we can use that to go ahead,” he said.