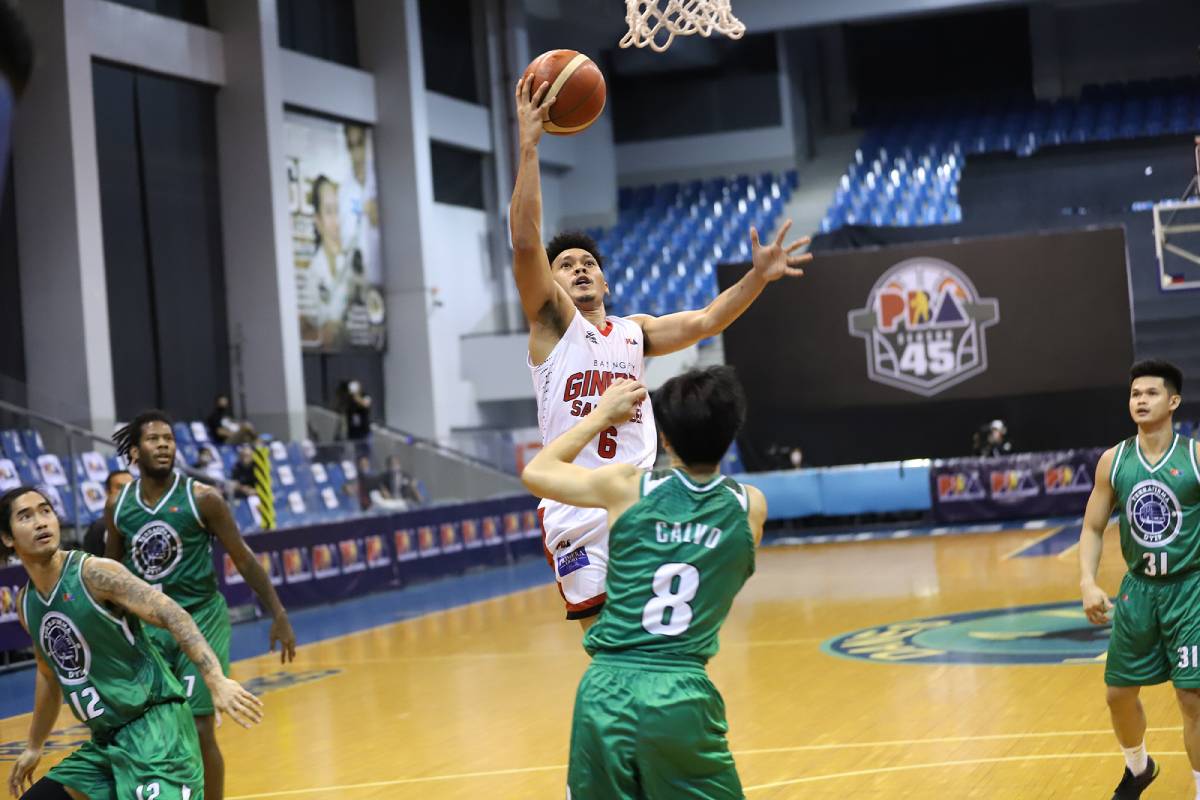 The Gin Kings atoned for their listless showing versus reigning, five-time champs San Miguel Beer 24 hours ago to finish the elimination round with an 8-3 card and a twice-to-beat advantage in the quarterfinals.

“We knew we didn’t play well in the last game, and we knew that we wanted to bounce back and come back hard. We knew how important this game was for us,” said head coach Tim Cone post-game.

Japeth Aguilar top-scored for Ginebra with 21 points and seven rebounds as a total of five players scored in double figures in the victory, with all but one fielded by Coach Tim Cone scoring at least two points.

Scottie Thompson nearly had another triple-double outing as he finished with 13 points, 11 rebounds, and nine assists — this, after collecting 10 markers, nine boards, and 10 dimes versus the Beermen.

Aljon Mariano also had himself a double-double with 17 points and 11 rebounds, while Stanley Pringle doubled his output from the SMB game as he scored 14 points on 6-of-12 shooting from the field.

The Barangay got going in the second frame, unloaded 19 consecutive points to convert a narrow two-point deficit to a wide 47-40 advantage with 5:16 on the clock. It scored a total of 35 points in the said period.

It then became a one-sided affair since, although the Dyip still put up a fight and managed to close in by single digits a few times, the last one at the 8:22-mark of the fourth quarter when a Juami Tiongson trey made it 73-82.

But then, Thompson, Mariano, and Arth dela Cruz joined hands to lead a 13-3 spurt to establish a 95-76 lead with 3:50 left to play, and the Gin Kings would go on to coast to the 22-point victory.

CJ Perez and Juami Tiongson each made 16 points while Aldrech Ramos had 15 for Terrafirma, who were without rookie Roosevelt Adams and Rashawn McCarthy as the two sat out due to injuries.

Adams reportedly had an Achilles tendonitis while McCarthy is done for the bubble after suffering a nasal fracture during the Dyip’s match versus Meralco Sunday — the day he got reinstated from a disciplinary action.

With that, it is likely that Coach Johnedel Cardel’s crew will play without their two gunners when they wrap up their campaign on Wednesday, Nov. 11, against the NLEX Road Warriors at 10:00 a.m.