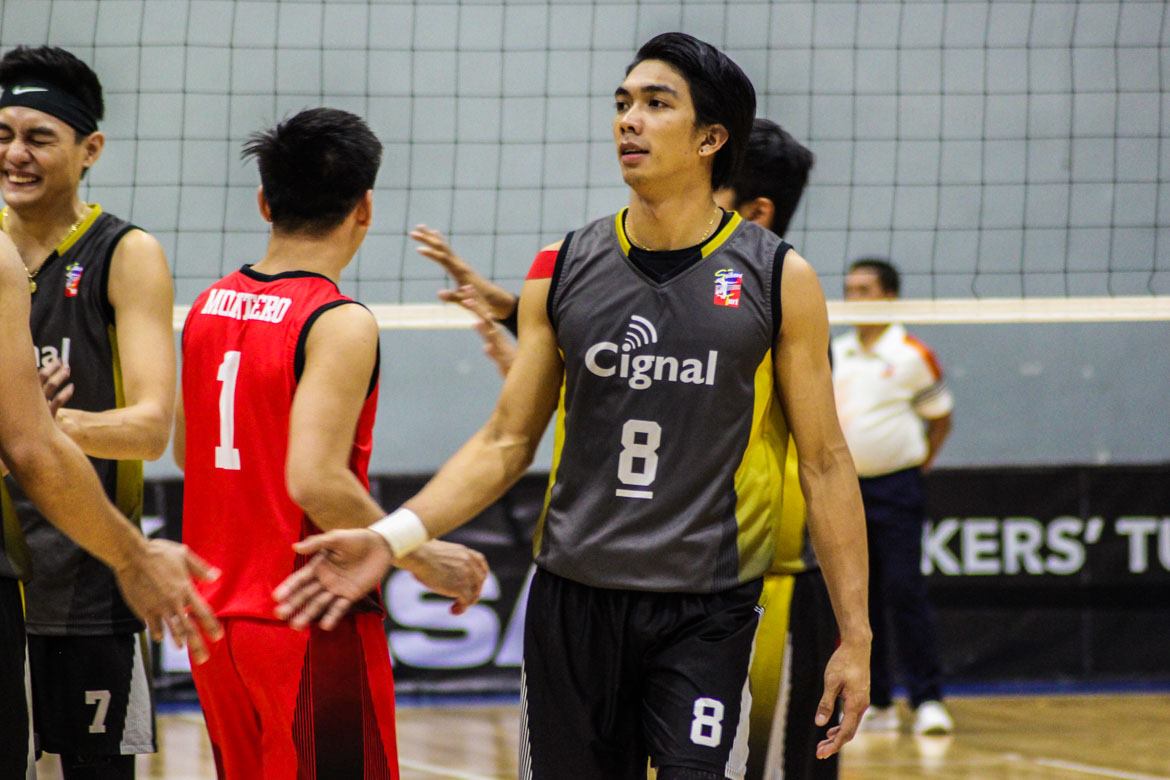 The Cignal HD Spikers unloaded a balance offensive strike, handing Perpetual Altas a straight-set thrashing, 25-17, 25-23, 25-15, to bag the Game One of the 2019 Spikers’ Turf Open Conference Semifinals, Sunday at the Paco Arena.

Already holding a 2-0 advantage, the HD Spikers then channeled their ‘kill’ mentality and smashed the Altas’ hopes of mounting a comeback.

The troika of Marck Espejo, Rex Intal, and Vince Mangulabnan joined hands to give Cignal a four-point cushion in the third set, 8-4.

Looking to go for the jugular, the HD Spikers pounced on Joebert Almodiel and Hero Austria’s attack errors. They then used those miscues to unleash an 8-1 rally to take an 11-point advantage late in the match.

Wendel Miguel and Alfred Valbuena took over from there, dealing the final punches to knock out Perpetual.

Marasigan was at the forefront of the attack, delivering 12 attacks for 13 points along with nine digs. Espejo then followed suit with eight markers and nine excellent receptions.

Edmar Bonono added seven points in the victory, while Anjo Pertierra manned the net with three blocks for six markers.

Meanwhile, Kennry Malinis was the lone bright spot for the Altas with 14 points off 10 attacks and four kill blocks.