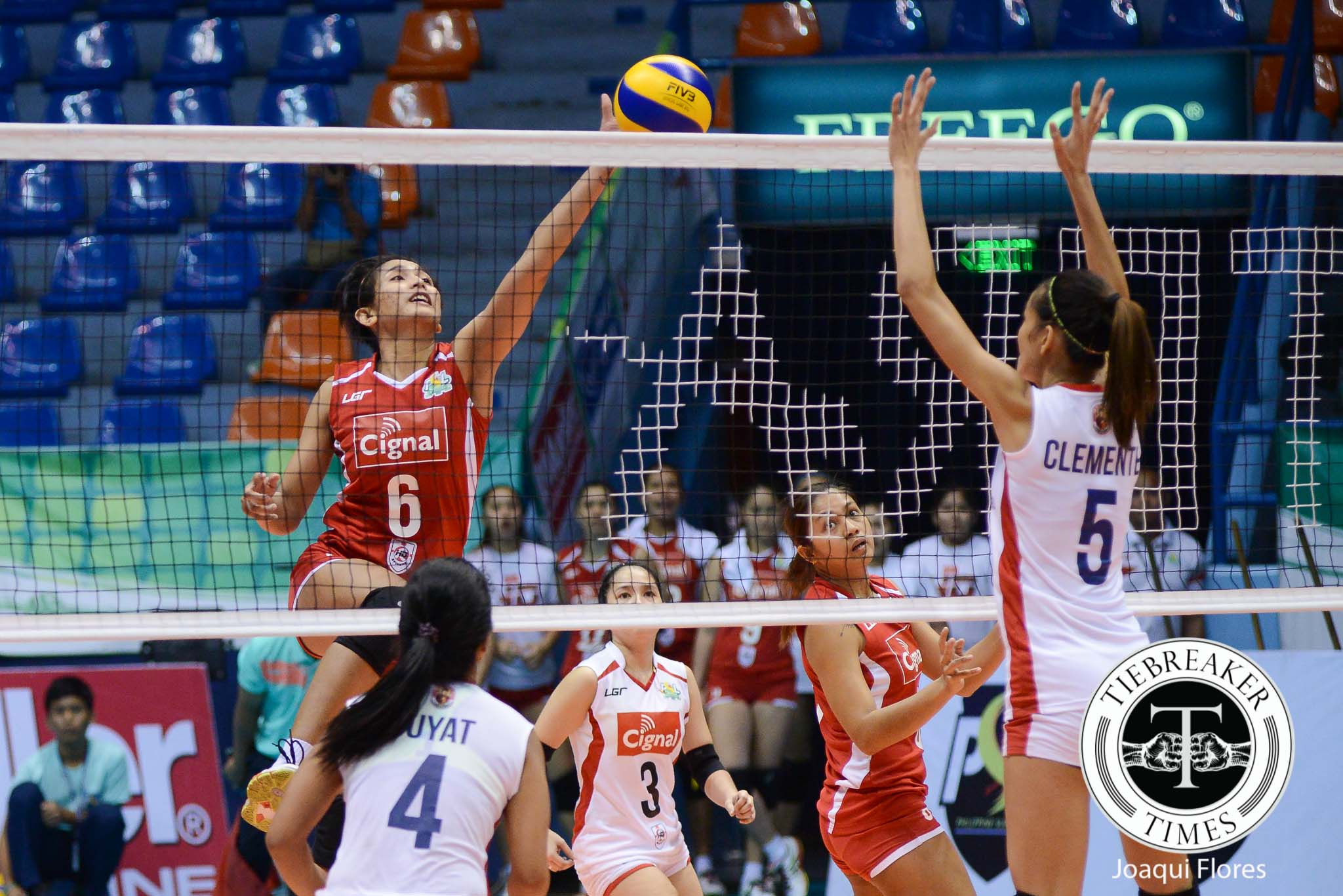 After a sour loss in their debut match in the Philippine Superliga Invitational, the Cignal HD Spikers notched their first win at the expense of the New San Jose Builders Victorias 25-20, 25-19, 25-18 at the FilOil Flying V Centre.

Cignal fired on all cylinders to quickly dispose of their younger foes. The HD Spikers even resolved the service reception problem that had plagued them last Tuesday. Even if the Victorias put up a better fight than in previous matches, they still could not generate the finishing push needed to take a set.

The New San Jose Builders pulled significant contributions from open hitter Jamela Suyat, who delivered 11 points with eight attacks and three blocks. Struggling with their reception, the Victorias could not set to their star middle hitters, Coleen Bravo and Lourdes Clemente, who combined for just seven points.

Acaylar, who coaches New San Jose’s players in the NCAA for the University of Perpetual Help System – Dalta, was delighted seeing his wards getting experience despite not getting a win.