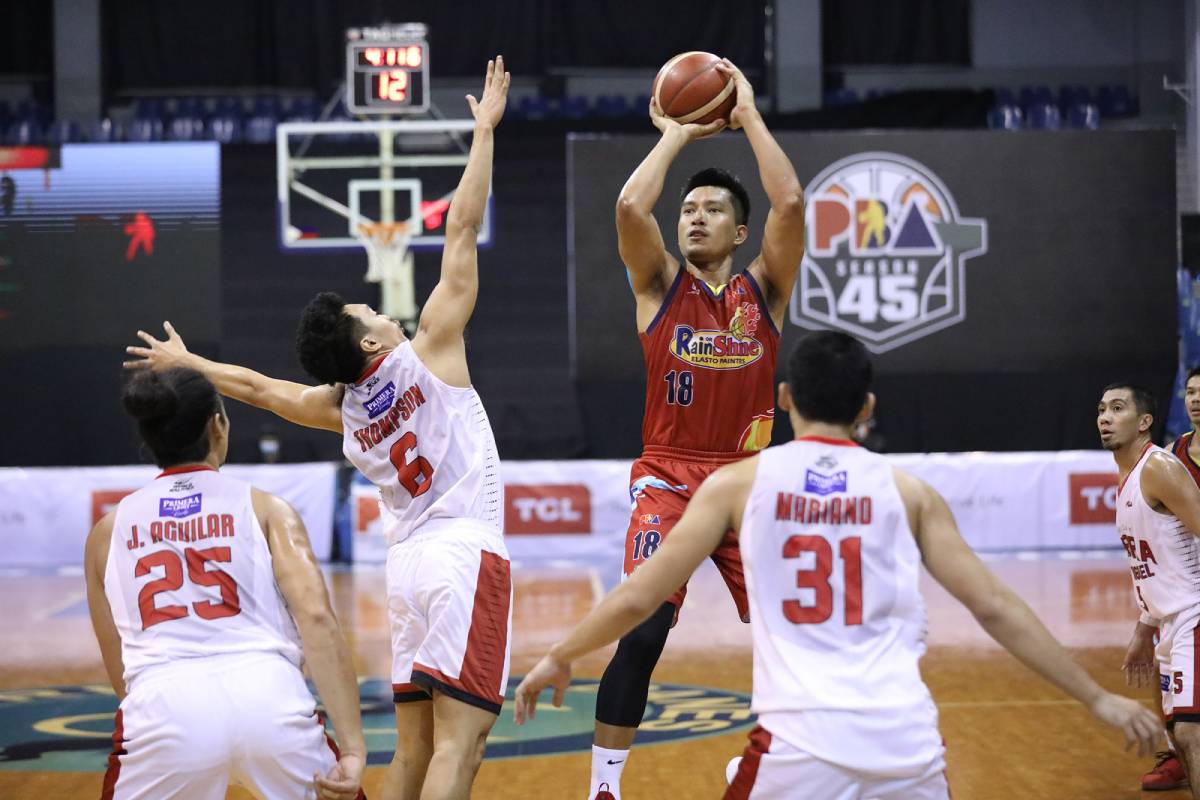 It looks like James Yap is gunning for history at this point of his career.

Newly-appointed Rain or Shine head coach Chris Gavina revealed that the two-time PBA Most Valuable Player looks to become the league’s all-time three-point king. And the team is all set to help him achieve as much.

“I think he’s highly-motivated to be in the number one three-point king in the PBA, and we’re excited to get him to those levels,” the youthful bench tactician told Tiebreaker Vodcasts’ Coaches Unfiltered, presented by SMART.

At present, former MVP Jimmy Alapag tops the list with 1,250 treys. He became number one when he eclipsed the 1,242 of the legendary Allan Caidic back in October of 2016, when he was with Meralco playing in his 597th PBA game.

Yap currently ranks third with 1,172 to his name. He moved past another all-time great in Ronnie Magsanoc in the Philippine Cup bubble last season. He only needs 79 three-pointers for him to dislodge Alapag.

Can he achieve that? Well, there should be no issue.

Back in the 2019 season, the former University of the East King Warrior made a total of 54 triples. And he could have made much more than that had he not missed 15 of the Elasto Painters’ 48 games due to an injury.

But Rain or Shine isn’t looking to just help Yap add another feather in his cap. Gavina said that they aim to involve the incoming 18-year pro more with their scheme of things, especially in the endgame.

This, as they all believe that the 39-year-old still has more left in his tank.

“Idealistically, I think we have the endgame in mind always with James,” said Gavina, who served as one of Caloy Garcia’s assistant coaches for three seasons before his appointment as RoS’ new chief mentor.

“He’s in the latter years of his career. Physically, what we’ve just really dialed in on is trying to get him in peak physical form, so he can take the physicality and how taxing it is with the day-to-day grind of preparing for the PBA,” he continued.

“With James, I feel like he still has some juice left in him.”