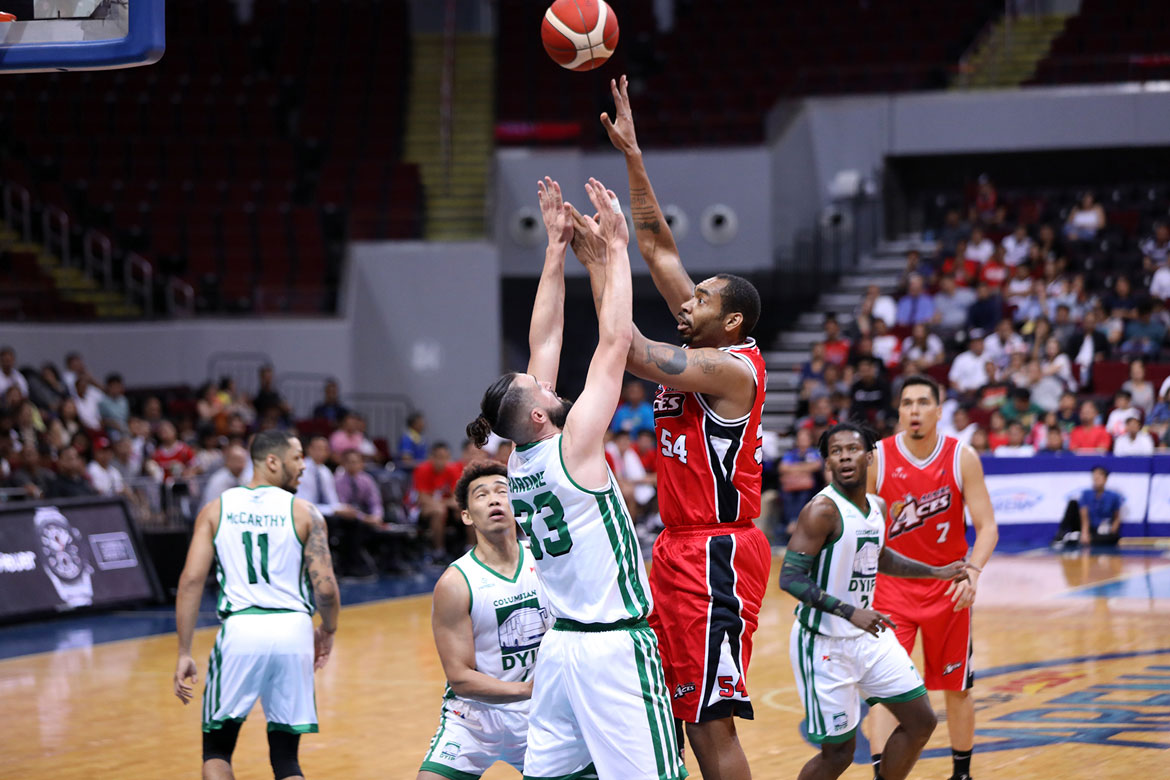 Despite fielding the oldest import in this batch, the Alaska Aces showed experience triumphs over youth, decimating the young Columbian Dyip, 111-98, in their conference opener on Sunday evening at the SM Mall of Asia Arena in Pasay City.

The Aces turned an third-quarter, eight-point deficit to their advantage, unfurling a 22-2 blitz en route to a 70-58 lead. It was all Alaska from that point on, and they even led by as many as 20 points in the fourth quarter.

“Yeah, always good to start off with a win. This game was really important for us,” expressed Milkmen head coach Alex Compton post-game. “We have a nice run of four games in ten days, so to get one win is good.”

Import Chris Daniels led Alaska with 25 points and 16 rebounds. He also had two assists, a steal, and a block each.

Chris Banchero supplied 20 points. Meanwhile, Simon Enciso finished with 19 points, including 11 in the Aces’ third-quarter blitz that propelled them to the lead which they will never relinquish. Enciso also had eight assists.

“I thought generally, our guards really stepped up in the second half. Simon got going and made some 3s, moved the ball well. JVee Casio did a great job of running the team. Chris came in and went on a huge scoring run,” Compton said.

Import Kyle Barone led the Dyip with monster numbers of 30 points and 22 rebounds, though he shot just 9-of-27 from the field in his PBA debut. The former ABL cager also collected an assist, a steal, and a block.

Rookie CJ Perez had 19 points and six rebounds. Rashawn McCarthy made 13 markers and five dimes in the loss.

Alaska will next take on the NorthPort Batang Pier this Wednesday, May 22, at the Ynares Center in Antipolo City. Meanwhile, Columbian will face the Meralco Bolts (0-1) on Friday, May 24, at the SMART Araneta Coliseum.

Ateneo Lady Eagles in unison: ‘Sisi Rondina made everything so much harder’