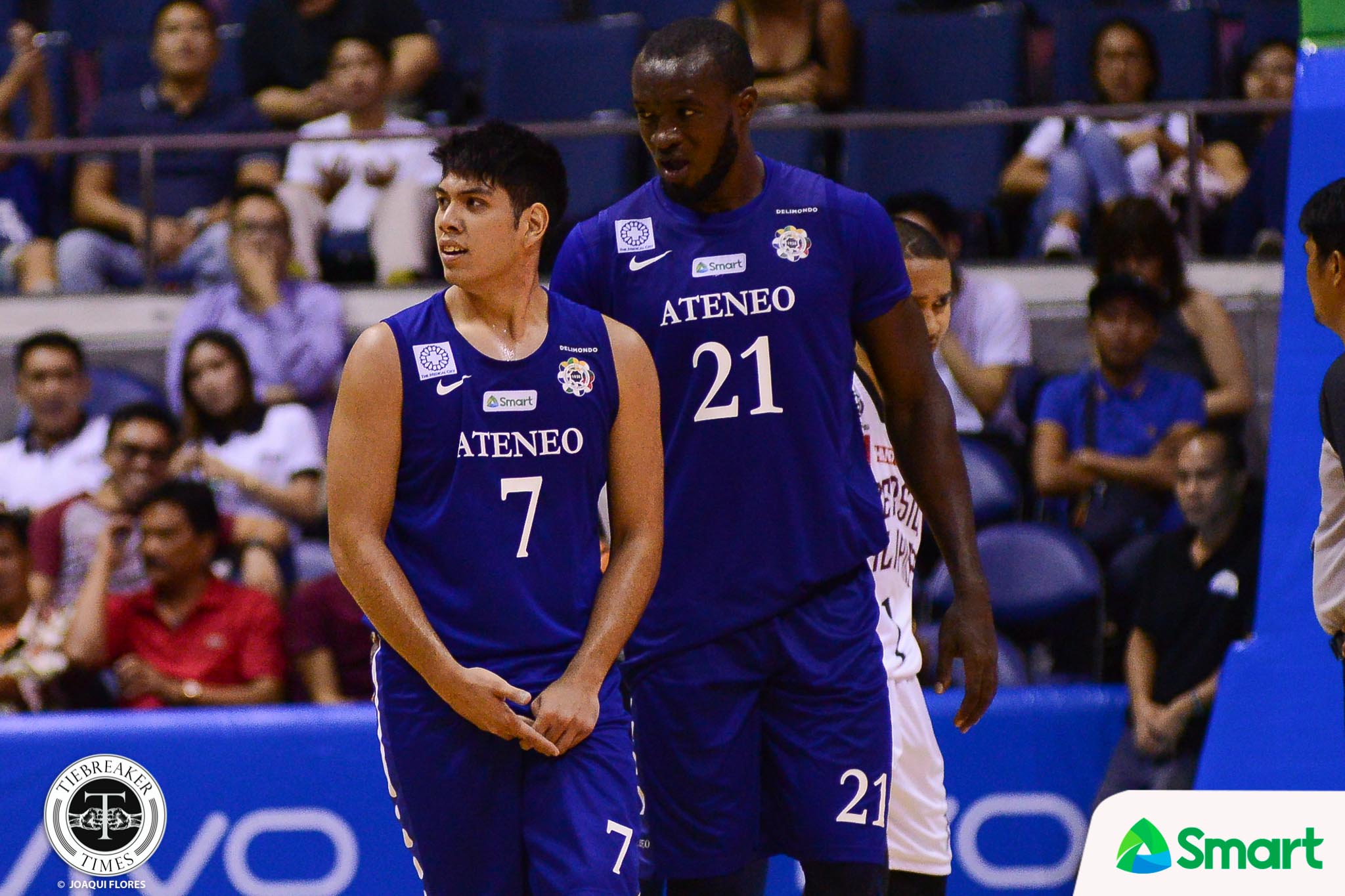 When asked about Chibueze Ikeh’s sudden touch from downtown against the National University Bulldogs on Saturday evening, first-year head coach Jamike Jarin took a moment to collect himself.

“Well yeah,” answered Jarin, a former assistant coach to the Ateneo de Manila University Blue Eagles, after being asked if he was surprised with Ikeh’s two triples that crippled the Bulldogs.

“But credit to Ikeh, he shot twice eh.”

Prior to Saturday’s tilt, the Nigerian student-athlete had been making attempts to shoot from the outside. But this undertaking proved futile in the Blue Eagles’ first five games, as he knocked down none in two attempts — including an air ball that drew laughs from the audience.

No one would fault Jarin, a student of the zone defense, if he would leave Ikeh open from the beyond-the-arc. But he and the Bulldogs were punished by the graduating big man, as he knocked down two triples in the contest that spiked his 18-point, 11-rebound outing.

But within the Blue Eagles, these kinds of outings are no longer a surprise, as Ateneo assistant coach Sandy Arespacochaga has witnessed sessions in which Ikeh would torch the net.

“We weren’t surprised. The coaches have been given him the green light to shoot because he has a good rhythm to shoot it,” shared Arespacochaga after Ateneo’s 96-83 win. “He shot a couple in the past and people were surprised that he even attempted [the shot]. But we’ve seen him shoot in practice and he’s been knocking it down.

“That’s why we weren’t surprised cause we’ve seen him do it already.”

For Ikeh, though, this game is just a result of the trust given to him by coach Tab Baldwin and the Ateneo staff.

“The coaches have been teaching me other facets of the game like shooting and dribbling,” shared the 6-foot-7 big man, who is having a career year with 10.0 points and 10.2 rebounds.

“I wasn’t feeling any pressure. It’s just a game. If I missed it, that’s okay,” he pointed out. “The coaches are teaching me every aspect of the game and giving me confidence.

Moreover, he would rather take the open shot than live with the regret of not taking it.

“It’s just open shots so I have to take it.”