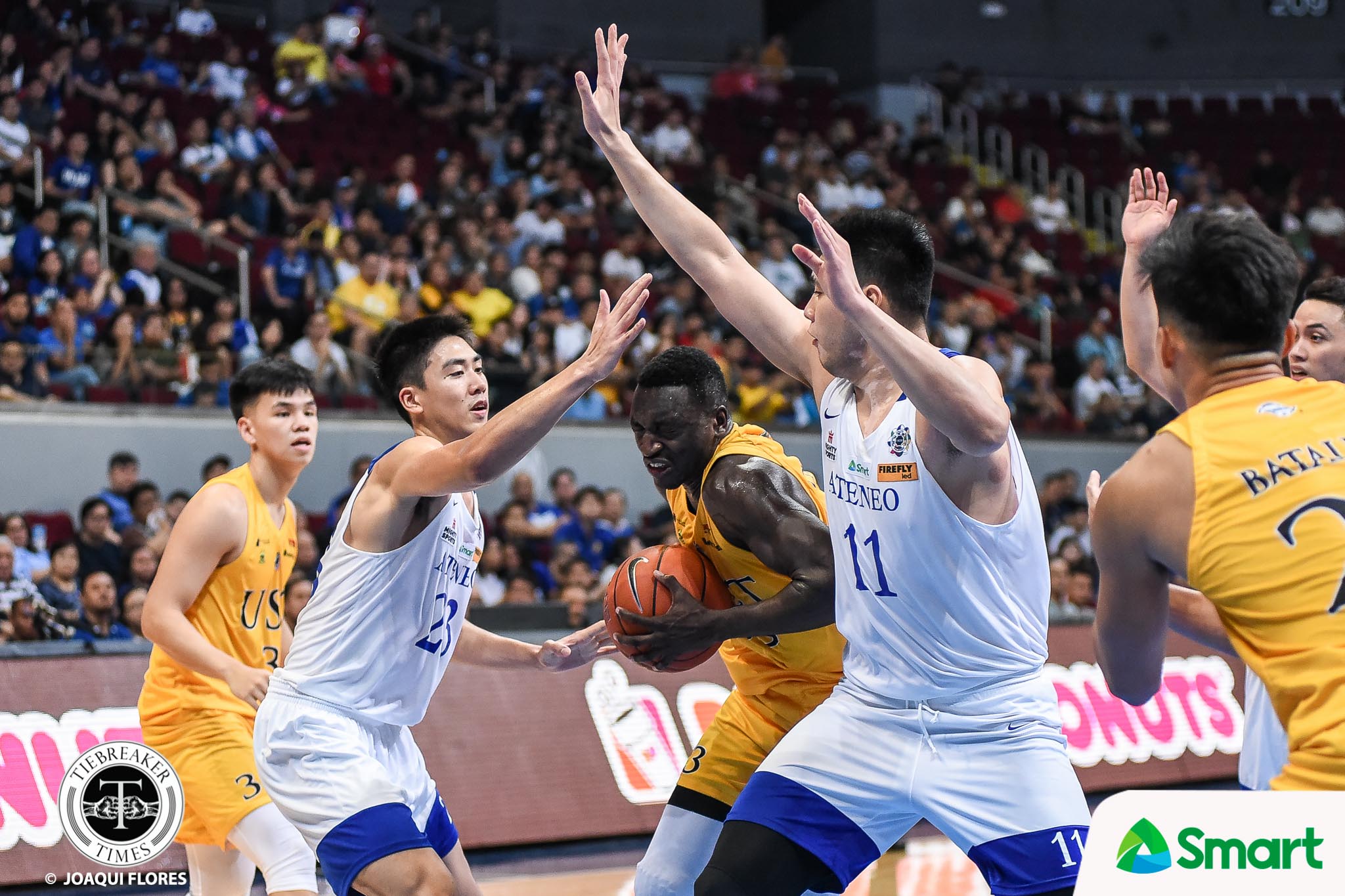 Soulemane Chabi Yo was on a tear during the first round of the UAAP Season 82 Men’s Basketball Tournament.

The 6-foot-6 Beninese student-athlete posted norms of 19.9 points and 15.3 rebounds per game.

This time, to stop the UST Growling Tigers, Ateneo head coach Tab Baldwin and the Blue Eagles made Chabi Yo work all game long.

“[We had] Execution of defensive schemes, toughness, understanding of UST’s system from the scouting report. Our players did a very good job of studying that the day before,” Baldwin explained.

Over Chabi Yo’s 29 minutes on the court, the Blue Eagles swarmed him. They contested his every shot. Moreover, he struggled to get to the post, even from the top of the key.

Chabi Yo ended up finishing with just six points on 2-of-11 shooting.

Still, the 23-year-old pointed out that he still did his part on the defensive end, as he was able to haul down 14 boards.

“It’s a bad day for me. It’s the first time I stayed [almost] scoreless, like six points,” disclosed Chabi Yo, who previously studied in Colegio de San Lorenzo.

“But for myself, what is more important is the defense. I was giving more emphasis on defense.”

Chabi Yo gave credit where credit was due, citing Ateneo’s defense for doing its job. He did, however, lament that he was not able to do his.

“In offense, they busted me up, they don’t want me to get the ball. And when I [did] get it, they pressured me,” he admitted after UST absorbed a 52-66 loss to the defending champions.

“I didn’t read enough because there are some situations that I should kick the ball out when they’re doubling and pressuring me. All my shots were far shots. I’ll fix my mistakes and come back.”

Knowing his lead in the MVP race has made him a target for the rest of the league, Chabi Yo vows that he’ll create more for his teammates in their remaining games.

“In the second round, I need more effort and [to] play smarter and try to create for my teammates. I can create also for them if I’m not free. If there’s a double, somebody’s open and I just have to look for the open man,” said Chabi Yo, who averaged just 1.6 assists during the first round.

“I will do my best to always score because it will help the team to win also.”