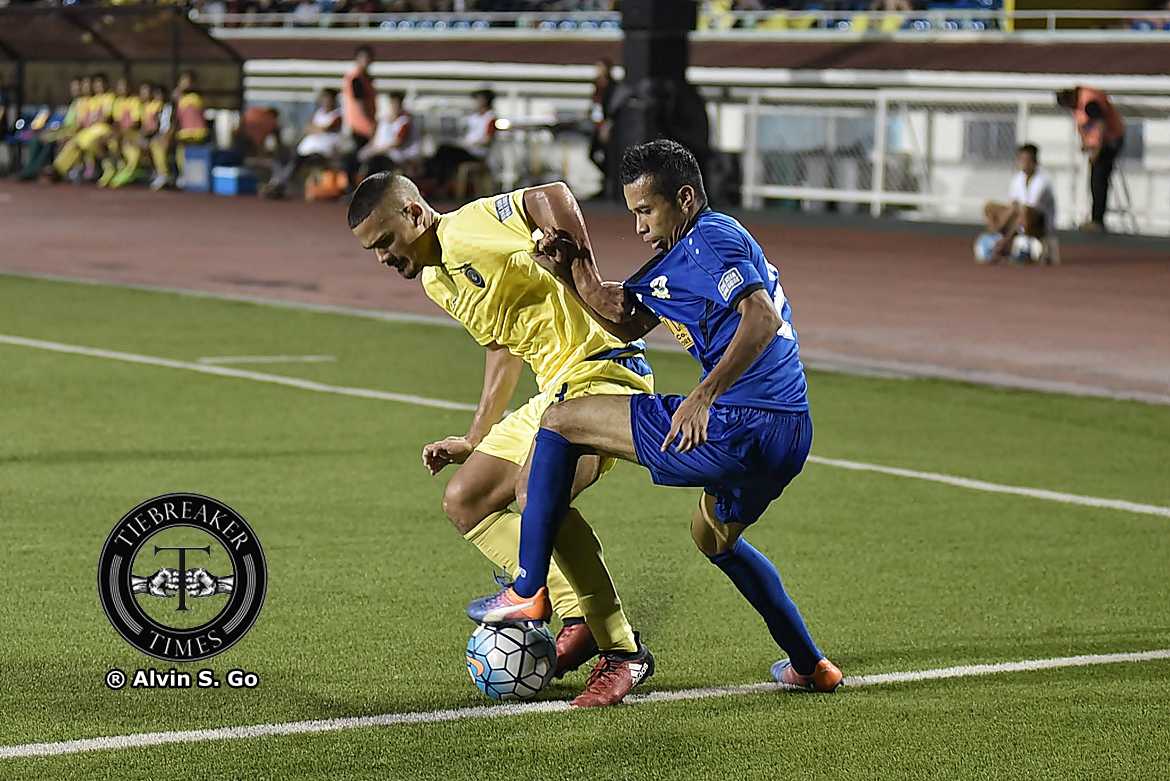 Barely three weeks have passed since the 2017 Philippines Football League final, but Ceres-Negros and Global Cebu have been in the thick of the transfer window.

The newly crowned Philippine champions wasted no time in replacing these with the addition of JPV-Marikina duo Takumi Uesato and Sean Kane. Uesato, a forward, provided 16 goals for JPV last season while Kane will shore up the Busmen’s backline.

Kane told the club’s official website, “I’m very pleased to have signed with Ceres. It’s a great club and a great environment for me to continue to grow as a player.

“There’s no question Ceres has the best fans in the Philippines, I can’t wait to be part of it!”

While Ceres have already confirmed Uesato and Kane, the club formally announced the signing of Spanish goalkeeper Toni Doblas last January 5, 2017. The 37-year-old Spaniard racked up 95 La Liga appearances for Real Betis and even spent a season for Napoli where he played twice in Serie A. Doblas’ medals include the 2005 Copa del Rey and 2014 Coppa Italia.

The biggest news, though, is definitely Ceres’ signing of Amani Aguinaldo. Global announced on its Facebook page that Aguinaldo has secured his release from the club while Inquirer’s Cedelf Tupas reported that the said player is off to the Busmen. The former FEU Tamaraw is injured and will see action again in the middle of 2018

Aside from Aguinaldo, the PFL and 2017 Singapore Cup finalists Global have also lost two top class forwards. Misagh Bahadoran and Hikaru Minegishi have left the club to compete in other leagues within South East Asia.

Minegishi commented to Pattaya’s Facebook page, “Entering (into) this contract is a new challenge for me in my professional career and I’m very excited to be playing in the Thai League where there’s a wealth of skilled in-form players.

The transfers of Bahadoran and Minegishi shall help their respective clubs fill in their ASEAN player quota adopted by the top divisions of Malaysia and Thailand for their 2018 seasons. The new rule states that clubs from these leagues must have three foreign players, one Asian player and one ASEAN player.

To partially make up for their losses, Global formally announced on January 5, 2017 the signing of former Ateneo Blue Eagle and Davao Aguilas player Jordan Jarvis. Jarvis is expected to strengthen a backline that currently includes Marco Casambre and stalwart Jerry Barbaso.