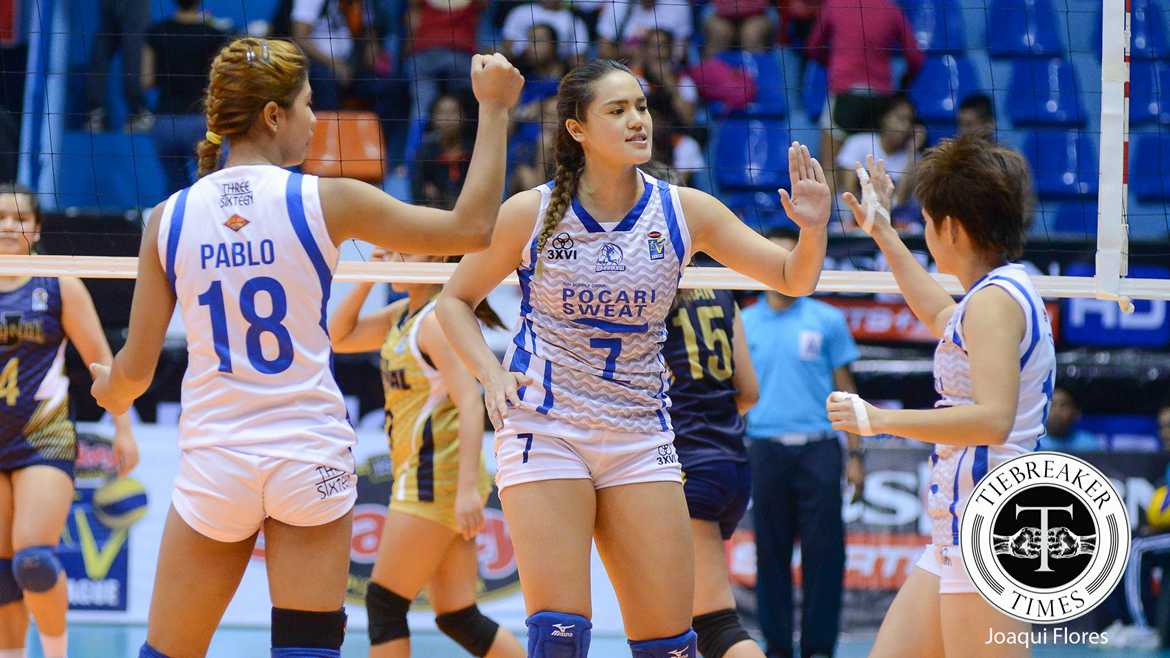 She’s been excellent everywhere else – in the broadcasting booth, as a model, a coach, and even as a Big Brother housemate – that people easily forget that Michele Gumabao is one of the best volleyball players in the country.

Last Wednesday, Gumabao put on the best game of her career — leading the Pocari Sweat Lady Warriors in a five-set slobber-knocker over the National University Lady Bulldogs.

Even with years of volleyball experience under her belt, Gumabao admitted that she is still growing as a volleyball player.

Gumabao has been jumping higher and moving smoother compared to last year in the PSL. She credited this resurgence to her coaches and her renewed dedication to the game.

“This season, ang laking tulong ng pagkakaroon namin ng mga conditioning coaches. All of our coaches din, they don’t give you a pass kahit sino ka pa, tutukan ka na nila to get you to improve,” Gumabao expressed.

“Ngayon din, I can say that I’m much more focused on conditioning. I’m trying into the same type of condition that I was in back in college. These days, my entire day is dedicated to volleyball talaga.”

One thing Gumabao has never lost is her infectious passion. The fist-pumping, across-the-net-glaring, trash-talking former UAAP Finals MVP wants her team to show the same pride in every match they play.

“That’s what we’re trying to bring here in the V-League – that pride you had playing for your college team,” she concluded. “When your playing for club teams, parang wala pang rivalries.

Ilagan, Capobres power Baste in pivotal win over UP