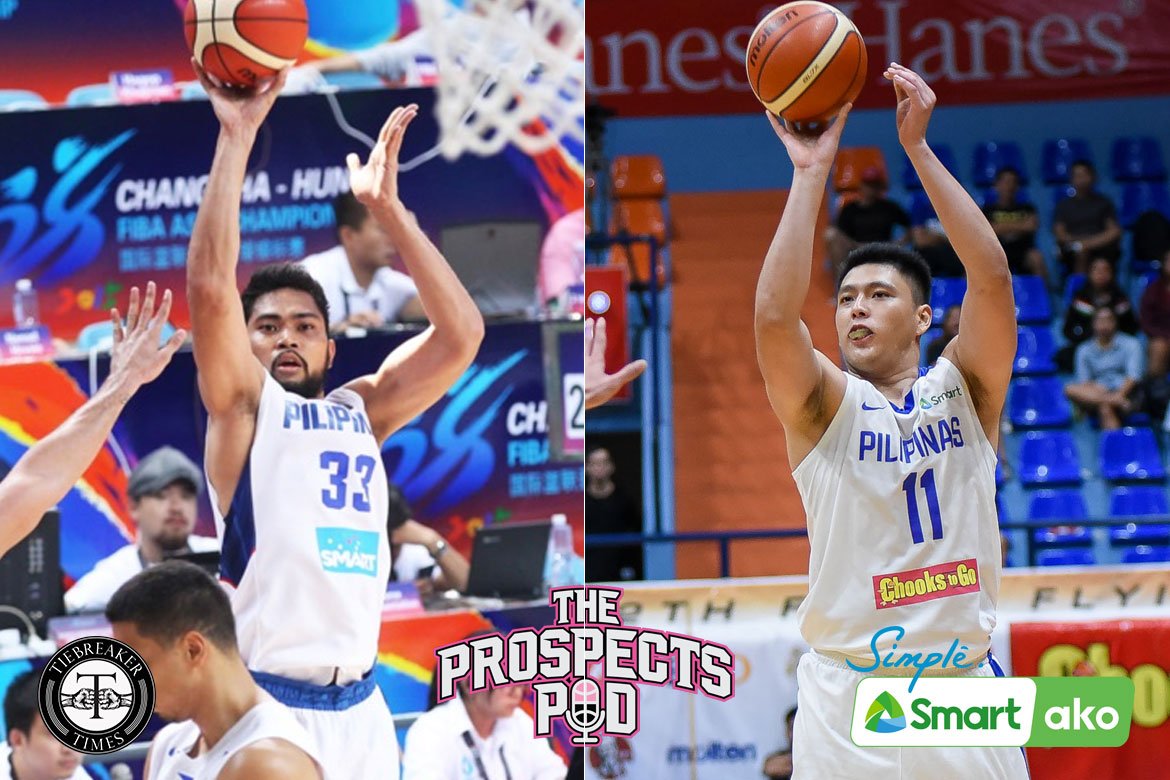 Isaac Go has seen the abilities of Ranidel De Ocampo in his prime, and he doesn’t doubt that the recently-retired cager’s type of play can influence the younger generation of hoopers — including himself.

“There are things that I can pick up from him. And I think his game can translate going forward,” Go told Tiebreaker Vodcasts’ The Prospects Pod, presented by SMART and also supported by Chris Sports.

De Ocampo was undoubtedly one of the best bigs of his time due to his versatility and ability to hit the outside shot. Long-time teammate and fellow great Jimmy Alapag even claimed he revolutionized the stretch four spot in the PBA.

His achievements in Asia’s pioneering pro league speak for themselves. De Ocampo won a total of six championships and two Finals MVPs — all with Talk N Text — as well as a BPC plum and three Mythical Team citations.

But he didn’t leave a mark just in the PBA. De Ocampo is also known as one of the major catalysts behind the Gilas program’s rise a few years ago, which remains talked about to this day.

He was part of the Gilas squad that copped silver in the 2013 FIBA Asia Championship in Manila — a feat so historic as it sent the Philippines back to the World Cup after 36 long years. He went on to play in the 2014 tilt.

De Ocampo has two FIBA Asia silver medals in his collection. He also won a Southeast Asian Games gold medal in 2003, as he was part of the amateur-laden squad coached by the late Aric Del Rosario.

Go himself has likely heard the term ‘international four’ many times. Back in February of last year, Ateneo head coach Tab Baldwin said in an interview he hopes the 6-foot-8 big man would develop into one.

That vision for Go — a former RP Youth Team member — was not just for the Blue Eagles’ benefit. He would also bring it to the Gilas program, where he is part of the pool for the FIBA World Cup 2023.

Go welcomes the challenge, though. And what better way to embrace the role than by taking cues from De Ocampo, who retired as a Meralco Bolt but has made his way back to Talk N Text as one of its assistant coaches.

“I’ve had the chance to talk to him — may time yata umabot yata kami sa Meralco [Gym], nagpa-practice sila before us. So paminsan nag-uusap kami.”

Denice Zamboanga knows what it’s like to be an underdog