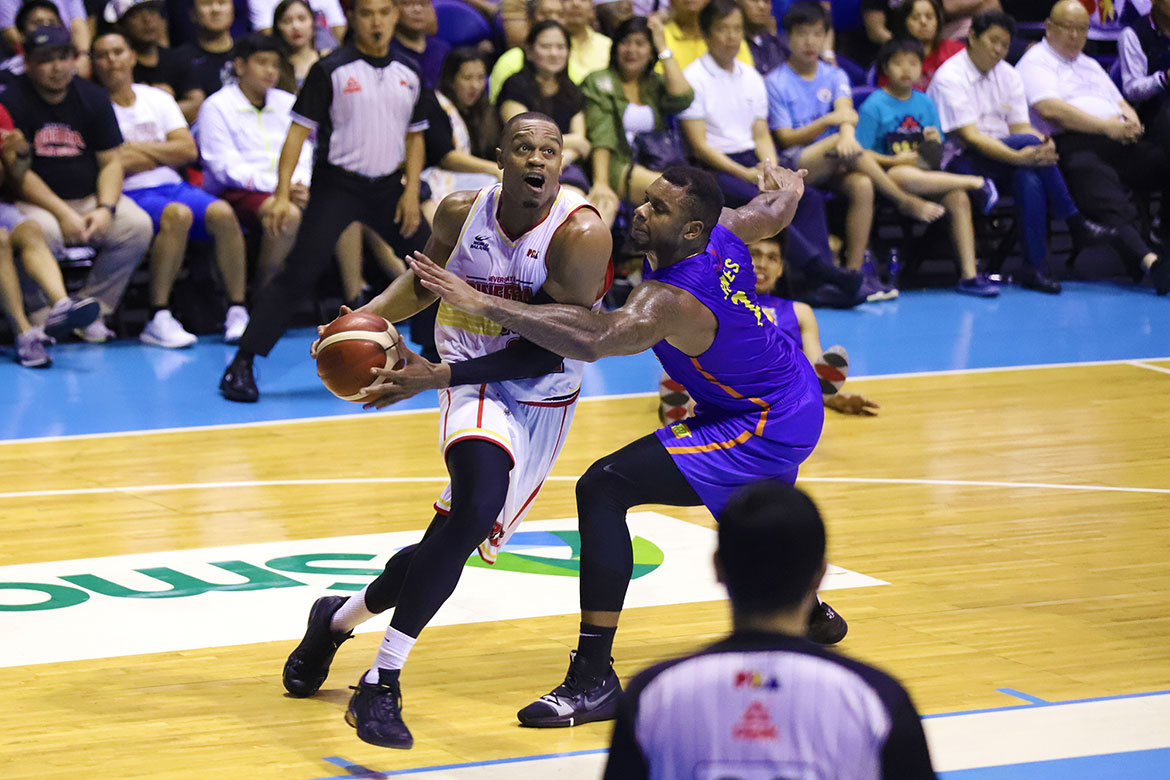 The Barangay Ginebra San Miguel saw the bitter end of their reign in the PBA Commissioner’s Cup on Thursday night.

Jayson Castro and the top-seeded TNT KaTropa ousted the Gin Kings from their throne, 92-103, in Game Four of their best-of-five semifinal series at the SMART Araneta Coliseum.

“I don’t know. I think we gave it [our] all,” said Justin Brownlee after the loss.

“You know, just ran into a really good team.

“You know, Talk N Text, gotta give them a lot of credit. They made it very tough on us on offense, you know. Defensively they care for some balance, so let’s give a lot of credit to TNT,” he added.

Defense was a major factor for TNT, especially down the stretch. They managed to pull off a 13-2 run en route to a 103-86 lead with 2:41 left to play and leave Ginebra stunned.

“I think we lost our poise a little bit,” lamented Ginebra head coach Tim Cone, on the other hand.

“We started rushing and taking tough shots, and they took advantage of it.”

The loss marked the second time that Ginebra lost a championship in recent memory. The first one was during the 2018 Governors’ Cup, when they lost to the Magnolia Hotshots, also in the semis.

The end has now come for Ginebra. Up next for them is the season-ending tilt. Still, for Brownlee, he hopes that this loss will fuel the Gin Kings in their quest to regain their hold of the Governors’ Cup.

“Hopefully, this can give us some fuel going into the next conference,” said the three-time PBA champion. “We definitely didn’t want it to end like this, but, you know, things happen.

“We just gotta bounce back, see what we did wrong in this conference.”