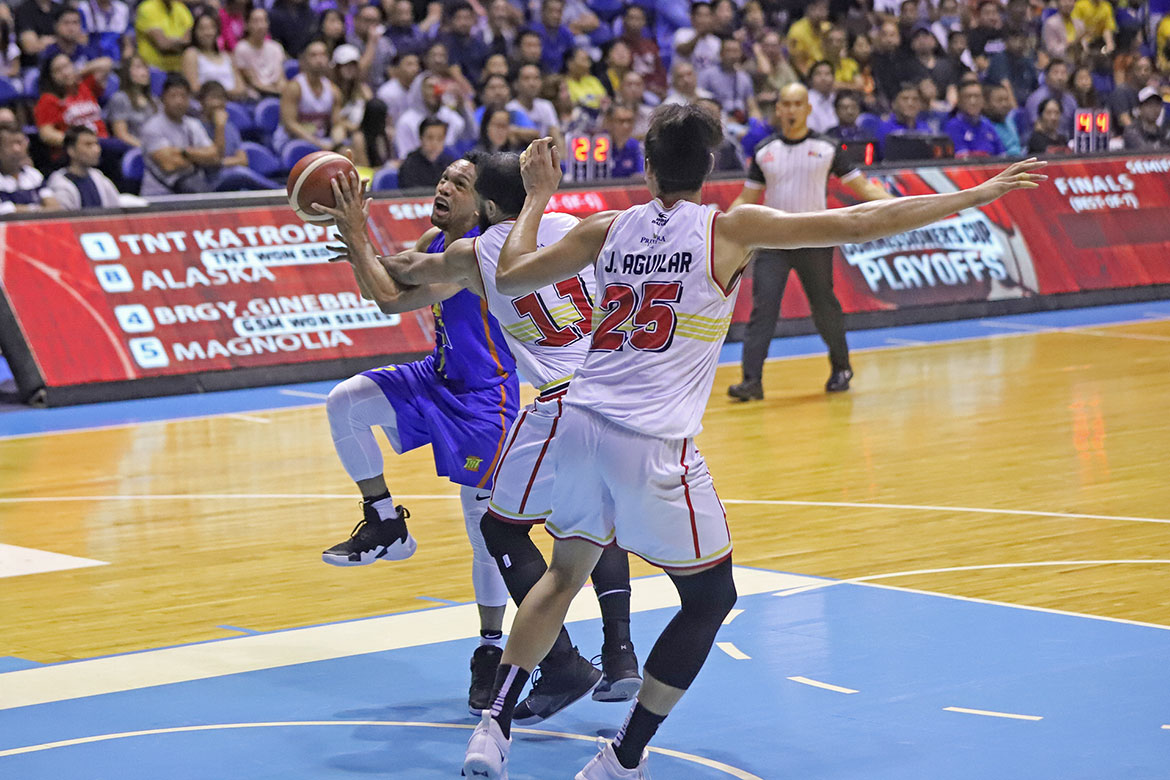 At 33 years old, Jayson Castro feels like he is about to enter the twilight of his Hall of Fame-worthy career.

Given that, Castro has set a goal for himself – add another PBA championship to his long resumé.

Castro has his chance now, since his TNT KaTropa have made it to the 2019 PBA Commissioner’s Cup Finals after dethroning the Barangay Ginebra San Miguel, 103-92, Thursday night.

This marks the Texters’ first Finals trip after five long conferences – or since the 2017 edition of the mid-season joust. And so the six-time PBA champ and the rest are extremely elated.

For the 11-year pro, he sees this trip as a culmination of their commitment to excellence before the tilt started.

Now, they will face either the Rain or Shine Elasto Painters or the San Miguel Beermen for the title. Castro knows that both teams present problems to them, but he only hopes to win the gold.

TNT last won a title in the 2015 Commissioner’s Cup. They had a chance in 2017, but the Charles Rhodes-reinforced Beermen spoiled their plans and beat them in six games.