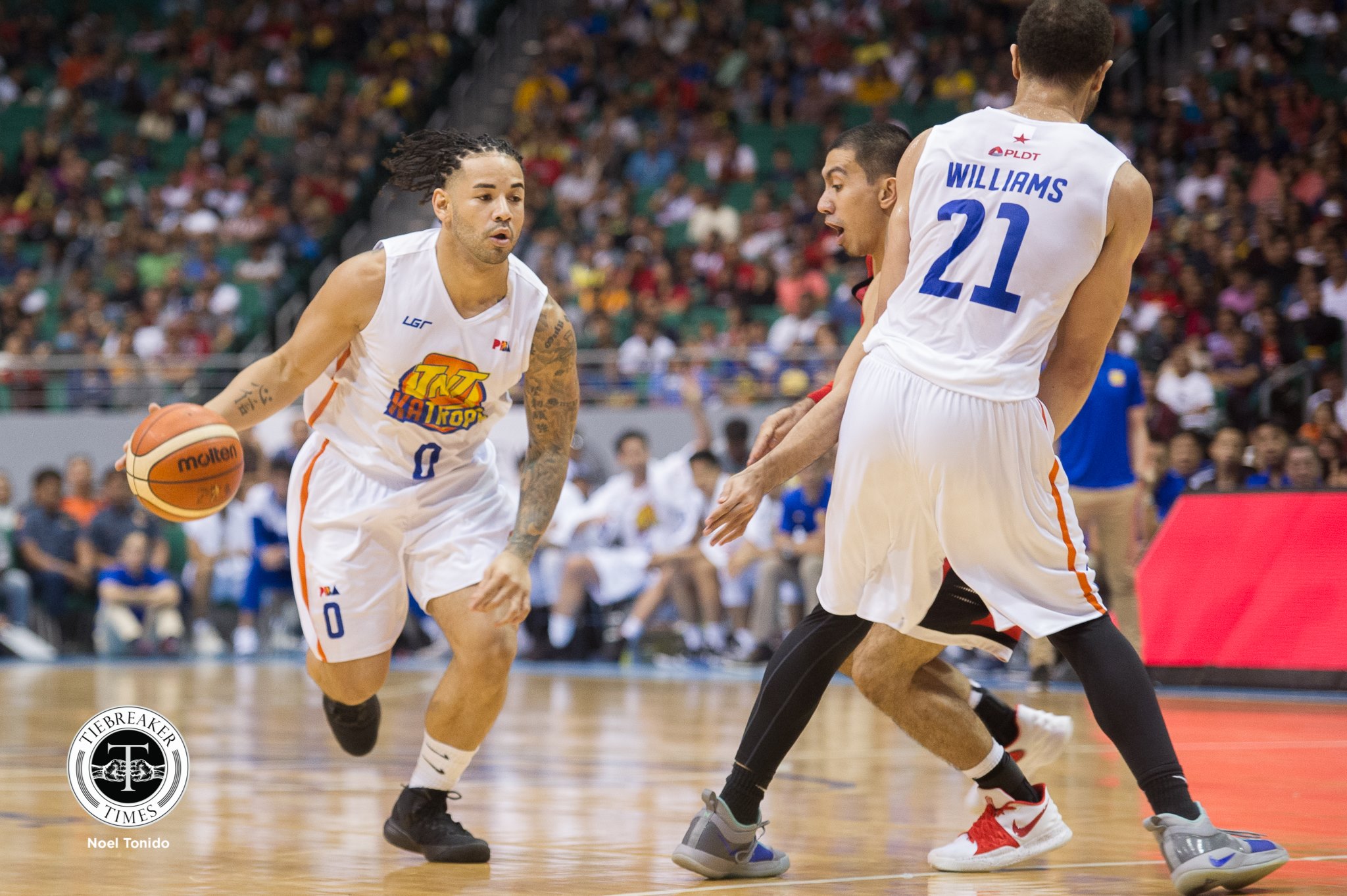 Brian Heruela made a good account of himself with his new team TNT Katropa, delivering quality minutes despite their 79-90 loss to the Barangay Ginebra San Miguel, Sunday night at the Philippine Arena in Bocaue, Bulacan.

The newest KaTropa chipped in 14 points, two rebounds, two assists and two steals in just 19 minutes of action. His performance was the silver lining in a new-look TNT’s first loss in the 2019 Philippine Cup.

“It’s great. I love it,” was Heruela’s curt reply when asked about his first game in a non San Miguel-uniform in three years.

After being a long-time Beermen, the 29-year-old guard Heruela found a new team entering the brand new PBA season as part of the blockbuster trade package between rival teams San Miguel and TNT.

The Cebu-native was shipped to KaTropa in the off-season last month, along with David Semerad and future draft picks, in exchange for the three-time scoring champion Terrence Romeo.

The former CESAFI standout had actually been drafted by Blackwater in the 2014 draft, before being sent to Barako Bull. He then moved to SMB, where he was reunited with former University of Cebu teammate June Mar Fajardo, and won four championships in a three-year run.

After debuting for his new team, Heruela said that he is simply relishing the fresh start and another chance to prove himself with the support of an equally-top management like TNT.

“These guys are great, from the management top to bottom; my coaches; my teammates are great. They’re teaching me and guiding me in whatever way I can help,” he added.

As much as he liked his personal game, though, Heruela would have loved to tow his team TNT into a win.

“It’s good, but I would have wanted for us to win the game. But we’ll move on from that. I’m just thankful. I think we did great tonight. It’s just, we got to win the fifty-fifty balls and make adjustments defensively,” he cleared.

“We lost. I’m thankful, don’t get me wrong. But the win is more important for us.”

Nevertheless, he is thrilled for the potential of this new-look KaTropa, particularly with a long Philippine Cup campaign still ahead.

“As a team, I think we’re doing great and we’re in the right direction. So we just have to watch film, make some adjustments and go from there, do what we can do better.”