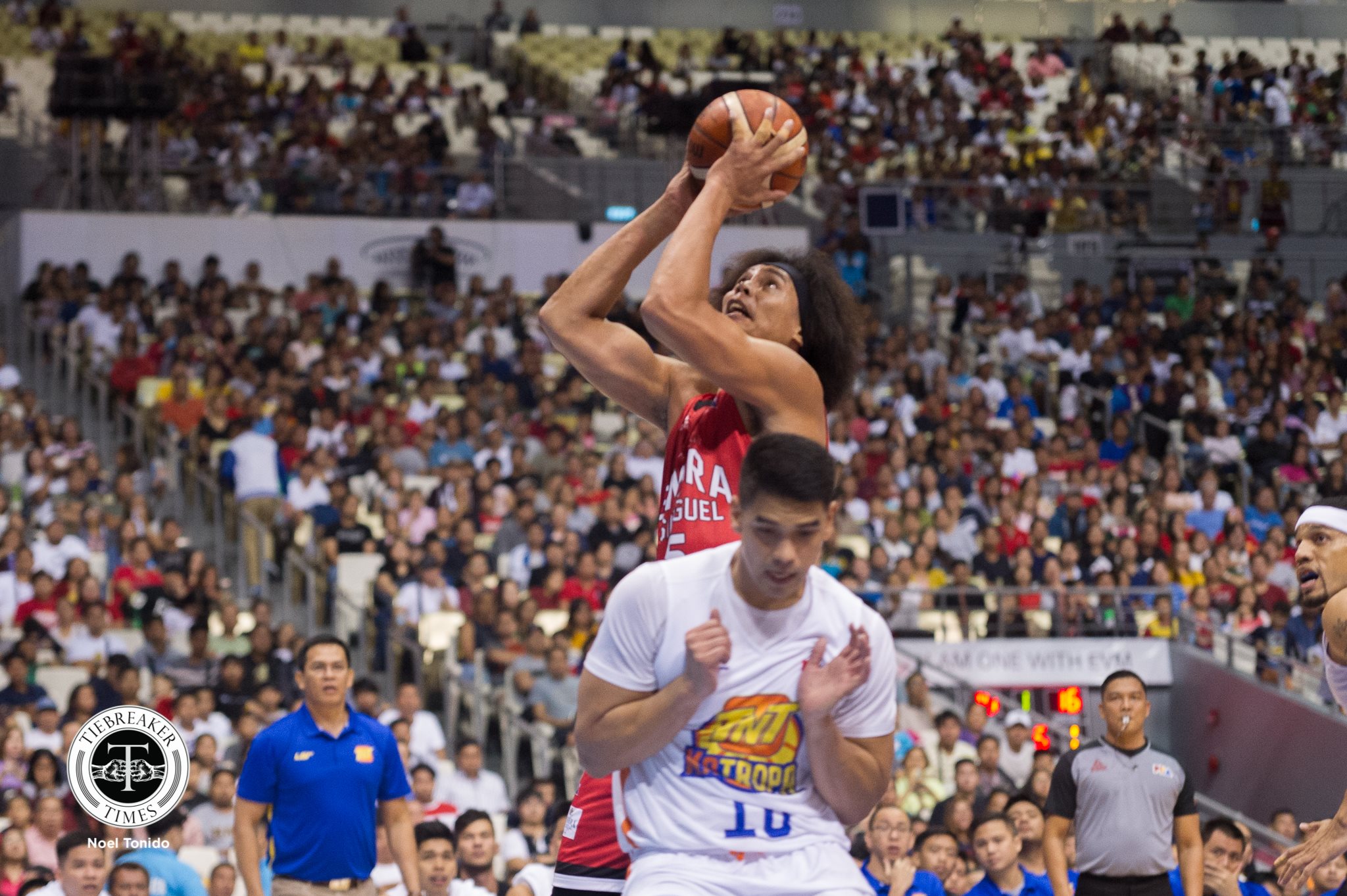 Barangay Ginebra San Miguel began their 2019 PBA Philippine Cup campaign on the right foot, conquering the rejigged TNT KaTropa, 90-79, in the season opener on Sunday night at the Philippine Arena in Bocaue, Bulacan.

The Gin Kings lost hold of an 18-point lead, as the Texters surged in the third canto and closed within two multiple times. But they regained their lethal form come the final chapter to finish off their rivals once and for all.

Though getting the win was nice, head coach Tim Cone rued that his wards have yet to get into tip-top shape.

“The opening game is always tough. You can oftentimes start lethargic, and we’re not in great shape. We’ve got real good talent, we know what we want to do, but sometimes we get tired,” admitted the decorated bench strategist.

“We’re struggling a little bit. We got a week before we go back to hard practice and get everybody in shape. But it’s gonna take more than a week or two,” added Cone, whose team started preparing just last January 4.

Reigning Most Improved Player Scottie Thompson flirted with a double-double of 10 caroms and nine points.

The Barangay imposed their strength right in the opening frame by posting a 28-12 lead late in the period. They would go on to lead by 18, 44-26, after an Aguilar bucket with less than six minutes left in the second frame.

However, Ginebra would let their advantage drop, as TNT fought back in the third canto and closed within two multiple times.

But the Texters could not reach further, as they found it hard to draw level. The Gin Kings then took advantage, and they regained their bearings come the fourth quarter to leave their counterparts gasping for air.

Roger Pogoy had 21 points and a career-high 16 rebounds in the loss. Jayson Castro produced 17 points and 10 boards, while Don Trollano had 15 points. New Texter Brian Heruela chipped in 14 markers in his debut.

Ginebra will take on sister team San Miguel Beermen next Sunday, January 20, at the SMART Araneta Coliseum. TNT will battle Phoenix Pulse Fuel Masters on the same day at the Ynares Center in Antipolo City.