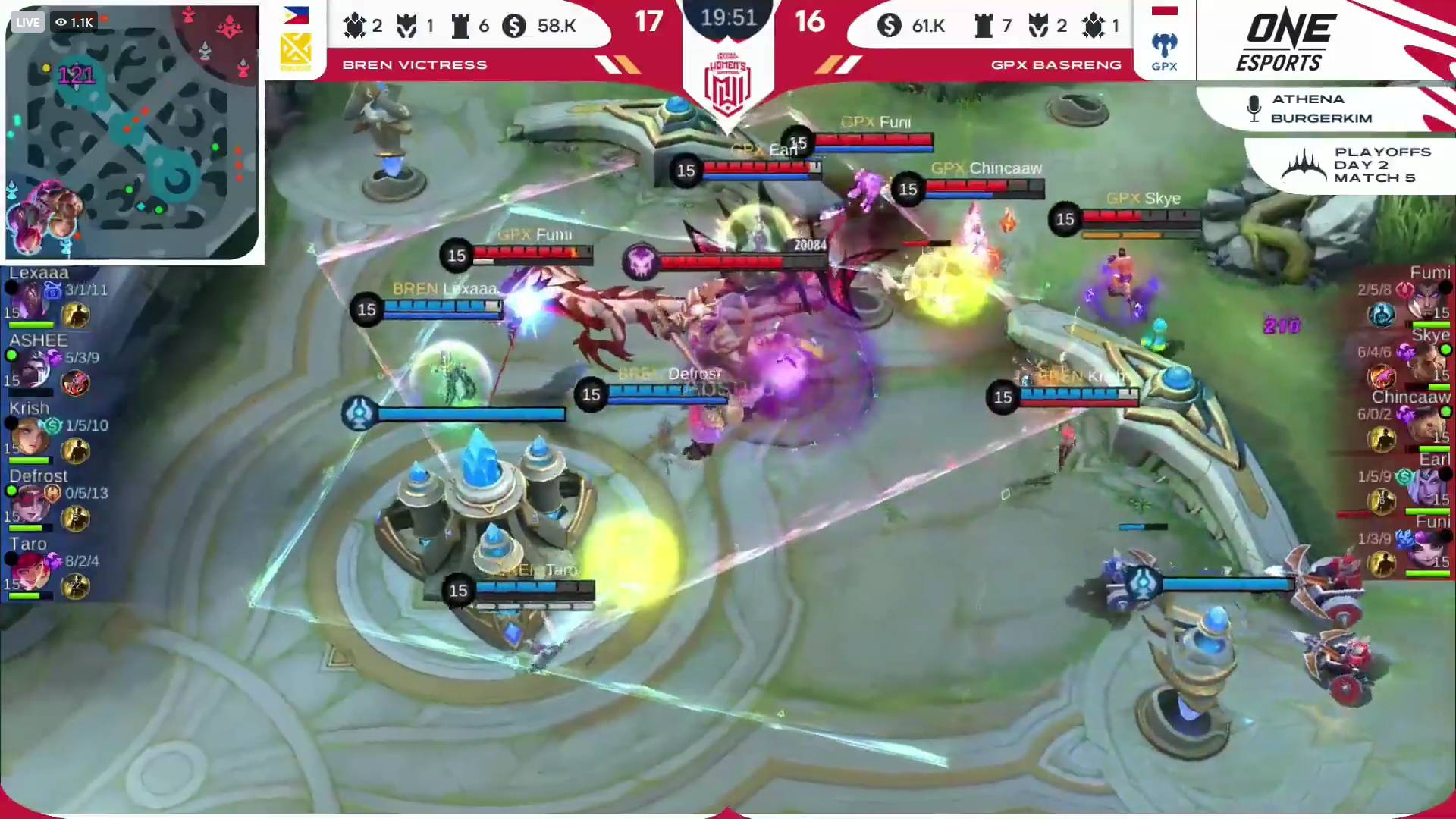 Bren Esports bowed out of the Mobile Legends: Bang Bang Women’s Invitational after a tight 1-2 loss at the hands of the unbeaten GPX Basreng in the semifinals, Sunday afternoon.

Ahead by a slim margin in the winner-take-all Game Three, Taro (Beatrix) and Krish (Edith) tried to steal GPX Basreng’s orange buff but were met by four players. That resulted in a four-man wipe which gave the Indonesians a free pass for the Luminous Lord.

GPX Basreng then went for the game-winning siege down the middle lane.

CHINCAAW (Clint) led the grand finalists with a perfect 7-0-4 KDA line while SKYE added seven kills and seven assists against four deaths in the 19-17 Game Three win in 20 minutes and six seconds.

On the other hand, Taro put up eight kills and four assists against two deaths in a losing effort. Lexaaa (Yve) had three kills, a death, and 11 assists while ASHEEE was limited to five kills, four deaths, and nine assists on her Hayabusa.

Bren Esports was on the verge of sealing its grand finals slot after taking Game One, but GPX Basreng went all out in Game Two to tie the series.

The Victresses ended the tournament at 3rd-4th place, bagging a total of $1,400 USD.