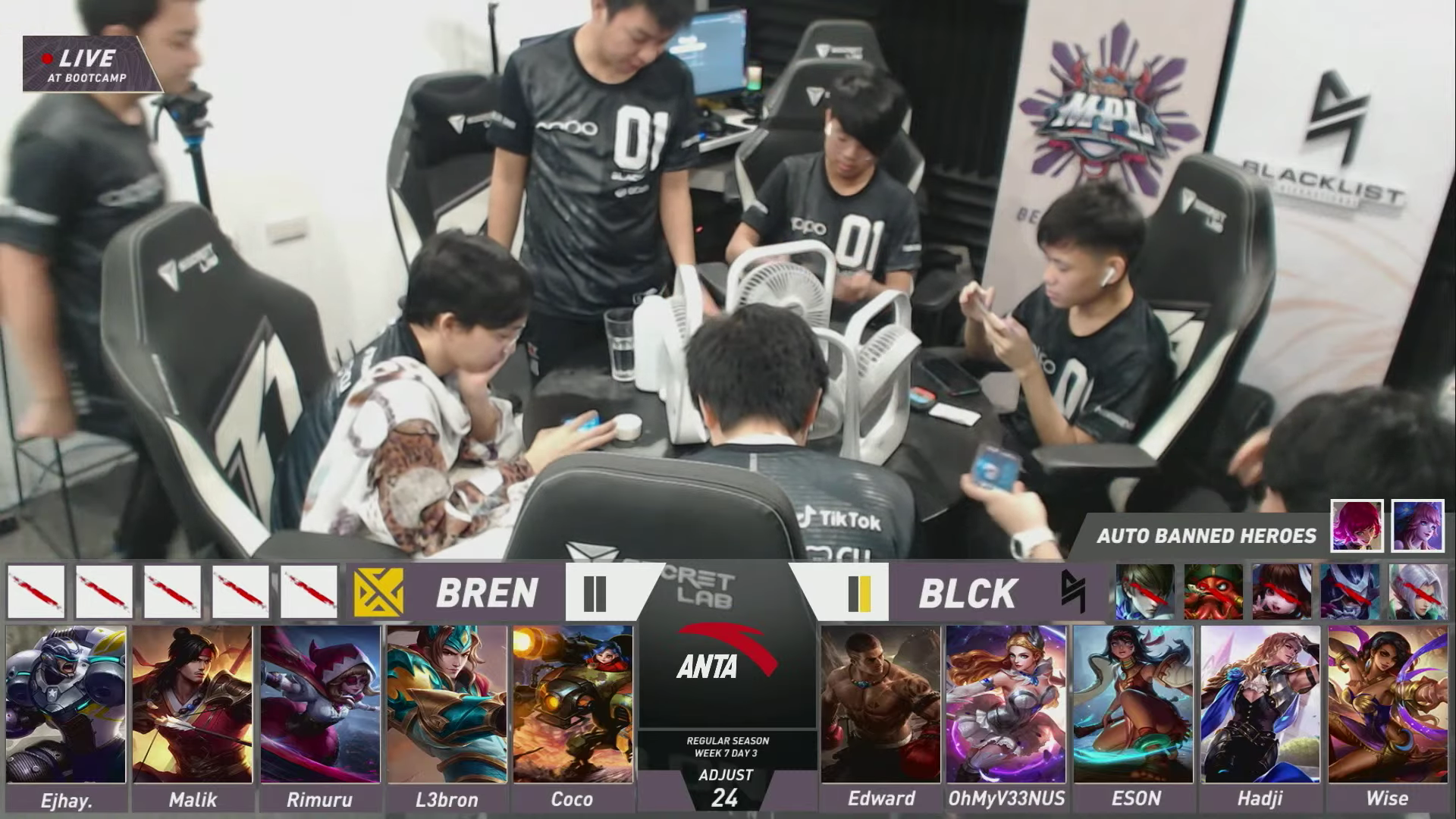 Bren Esports cleared the air on the team’s no-ban strategy during Game Two of their 0-2 loss to Blacklist International, Sunday.

First off, the organization apologized to those offended by the strategy.

The team then cleared that the squad composed of Mico “Coco” Sampang, Raven “L3bron” Alonzo, Muj “Malik” Malik, Efphraim “Ejhay” Sambrano, and Dwine “Rimuru” Enriquez asked the referee in charge during the match if they could skip the banning phase.

According to Bren Esports, the referee gave the team the green light to skip bans.

“Just to clear things out, the team asked permission and received a go signal from the ref-in-charge before the draft started.”

Bren Esports received a lot of flak online for its decision to skip the bans.

Johnmar “OhMyV33NUS” Villaluna, when asked for his opinion regarding the matter during the team’s post-match interview, said that the move felt ‘disrespectful to the league.’

Blacklist International eventually won the game via a 2-0 sweep.