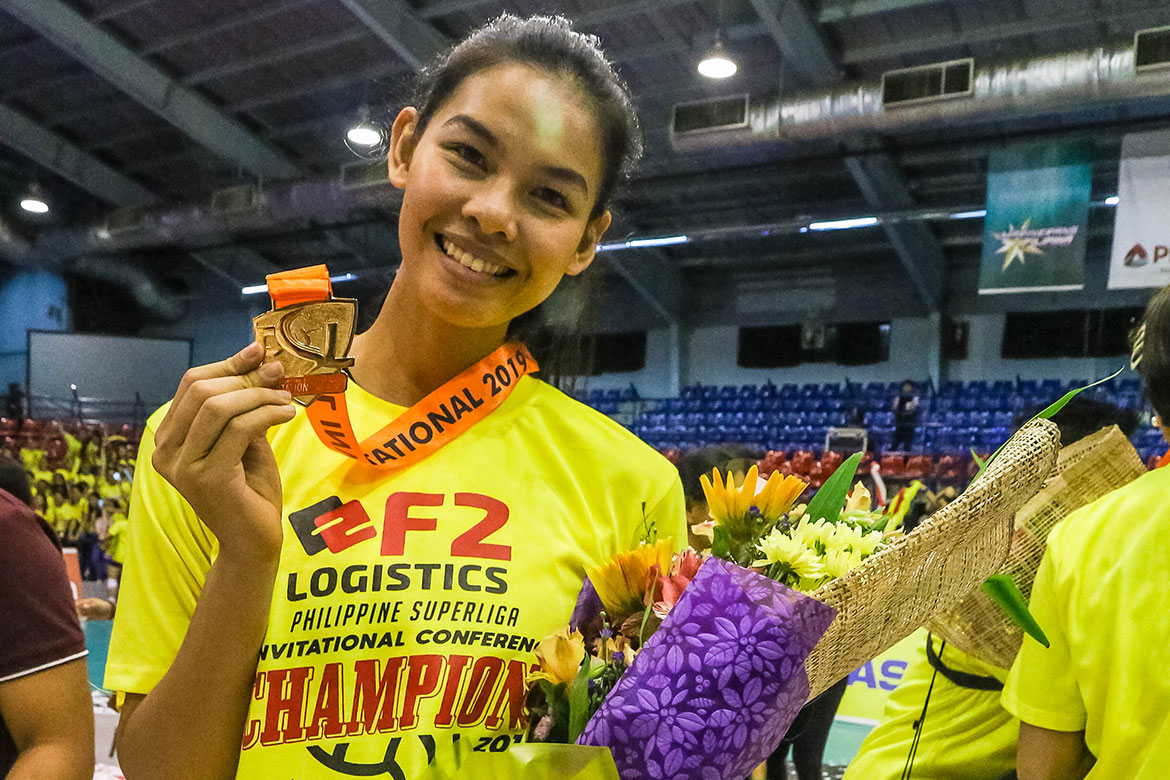 Life is filled with unexpected blessings. Majoy Baron can attest to that.

For the past couple of months, Baron has been formidably reliable. Amidst a near round-the-clock grind, the 5-foot-11 defensive stalwart has been giving it her all on the Taraflex — be it as an F2 Logistics Cargo Mover or as a contingent of the Philippines.

Now, all of Baron’s good deeds for her club team and her beloved country have returned in ways beyond her expectations.

Just like any other athlete, all Baron wants to do is support her team to the best of her abilities, while taking her game to a higher level. But while doing so, she has received recognition after recognition, left and right.

As elating as the honors were, though, Baron knows that those are all but “rewards” for sparing no effort to help her team reach greater heights.

With all that already in her rearview mirror, Baron now sets her sights on her tour of national duty for the 30th Southeast Asian Games. She, along with the rest of the country’s contingents, will undergo a training camp in Japan which starts next week.

Dexter Clamor on success: ‘I give all the credit to Coach Sammy’

From creator, Bong Quinto learning to be a floor-spacer