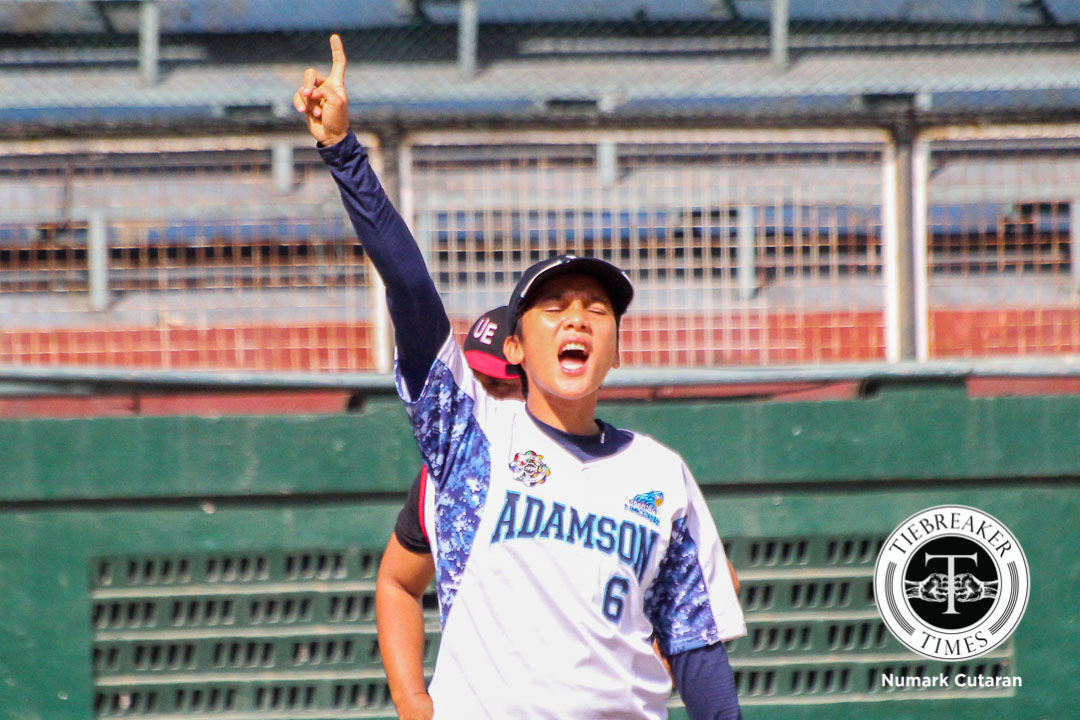 Reigning Most Valuable Player Annalie Benjamen almost notched a rare feat in her last remaining games in her collegiate career.

Going into the final inning, Benjamen and the Adamson University Lady Falcon defense did not allow any University of the East Lady Warrior reach base. However, a walk of the first UE batter in the seventh inning halted the feat in the Lady Falcons’ 6-0 shutout of the Lady Warriors Wednesday morning at the Rizal Memorial Baseball Stadium.

Annalie Benjamen tortured the UE Lady Warriors with her fast balls as no Lady Warrior reached base in the first six innings of the game. Benjamen had eight strikeouts in the game.

Moreover, the Adamson defense, the outfielders specifically, had a field day as well. Adamson shortstop Queeny Sabobo and center fielder Lorna Adorable combined for six of the 11 flyouts of the team.

On the other end, the Lady Falcons quickly jumped on Lovely Joy Redaja and the UE fielders. Lefty Riezel Calumbres opened the game with a single. After a groundout of the next batter, Angelie Ursabia slammed a huge over the fence home run to center field to gain a quick 2-0 lead after the first inning.

Gelyn Lamata punched in another run in the next inning courtesy of a two-out single by Riflyca Basa. The Lady Warriors though adjusted their outfielders to spread out in the next two innings to hold the high-powered Adamson offense runless.

In the fifth inning though a UE Lady Warrior error led to another Adamson rally. A catching error by Lourdes Blanco gave senior Krisna Paguican base while a single by Basa after gave Adamson another run. Another base hit by lead-off batter Calumbres paved the way for a Basa run to extend the Adamson lead to 5-0.

Just as the way the rally started, an error capped the three-run inning. A groundout of Lorna Adorable gave UE first out but an error by second basewoman Charlene Quintos led to a Calumbres run and an imposing 6-0 Adamson lead.

With the perfect game on the line at the top of the seventh inning, Benjamen, due to fatigue, lost control of her pitches resulting to four balls to walk lead-off batter Blanco much to the disappointment of the Adamson faithful in attendance. Calumbres made a highlight unassisted double play that knocked off Blanco and next batter Josephine Francisco for two outs while a groundout of Imee Salvador closed out the game and gave Adamson their 71st win.

Ursabia led the Adamson offense in going 1 of 3 in the game. She had an RBI and a run coming from her home run. Basa played her best offensive game of the season in going 2 of 2. She was able to gain a run while assisting on two runs as well.