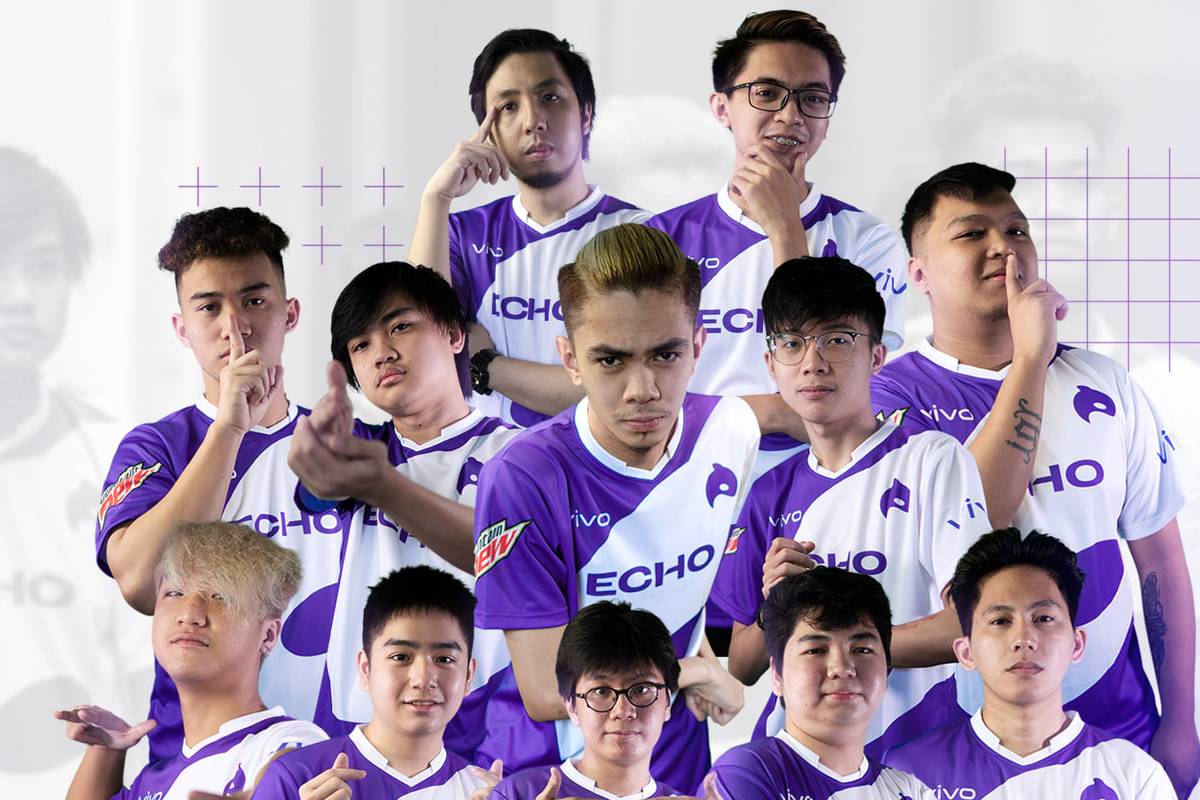 After seeing the hard work that his Filipino crew put in throughout the year, Aura Esports CEO Christopher Djaja made sure to reward the group with an organization that they can call their own.

On the other hand, former Aura PH strategic coach Steven “Dale” Vitug has been appointed as the new head coach of the organization’s MPL squad.

“There were a lot of adjustments, honestly. It was planned way back, but it only felt right to execute this season,” said the wife of retired two-time MPL champion Jaypee “Jaypee” Dela Cruz.

“Just like every company that undergoes rebranding, it wasn’t easy for us.

“There are a lot of things to change, and everything is a chain reaction. We still live by the same goals and family, and our motivation comes from the same fire that we had back in Aura. It’s just that we now aim to resound that same fire out to the entire PH. Hence the name Echo,” she added.

Liwanag also clarified that the team has no affiliation with the ECHO Esports team in Indonesia, which has teams on different titles such as League of Legends: Wild Rift, Free Fire, and PUBG Mobile.

But the organization is also planning to expand to different game titles later this year.

“ECHO is a standalone name. We are not related to Echo Esports in Indonesia,” shared Liwanag.

“We will expand soon din because we want to give more opportunities not just here in the Philippines, but also sa buong Southeast Asia.”