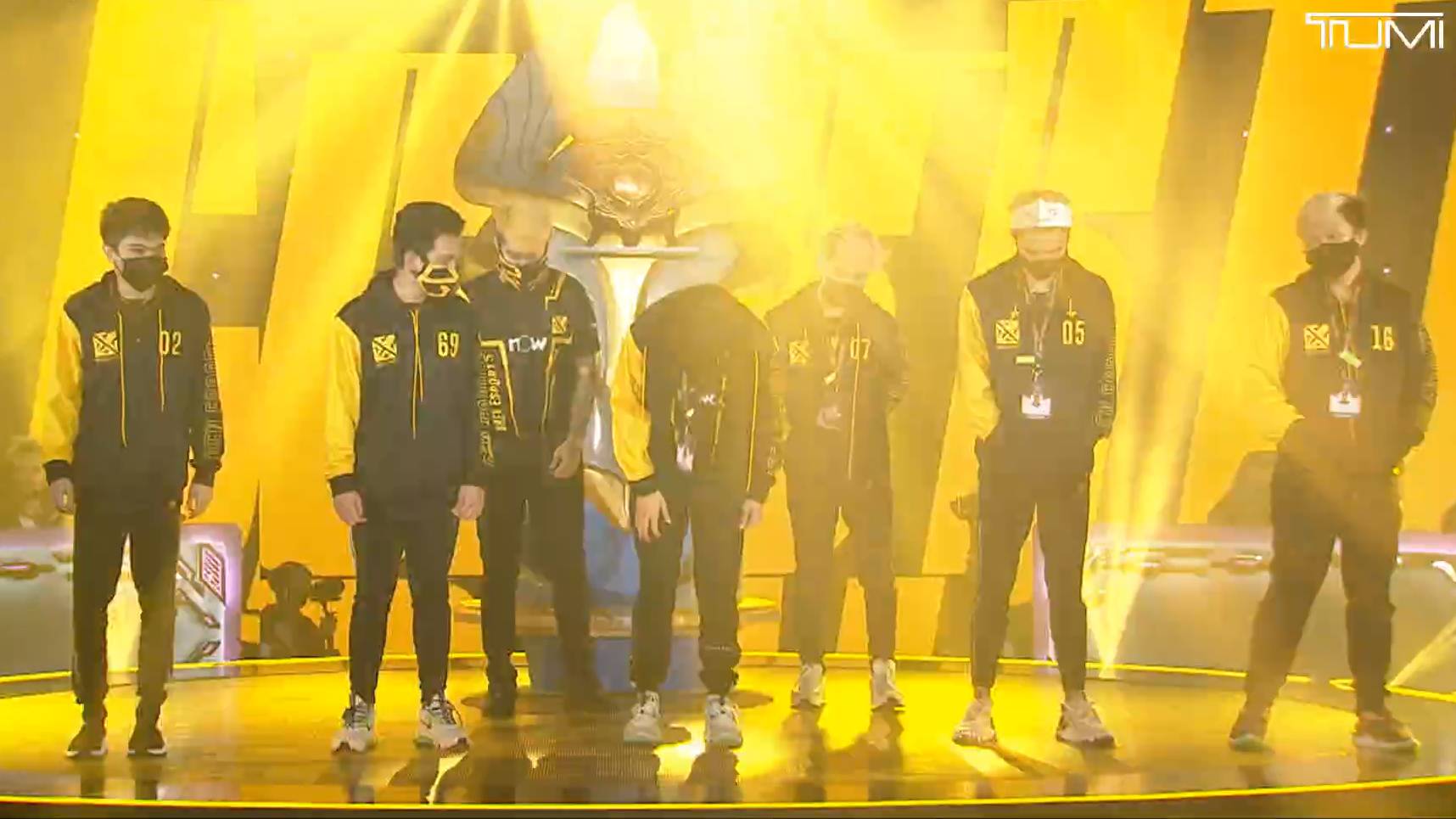 BREN Esports evaded death once more, riding KarlTzy’s epic Lancelot performance for a reverse 2-1 sweep of rival Alter Ego to go up the lower bracket finals of the M2 World Championships at the Shangri-La in Singapore, Sunday evening.

The Philippines’ child prodigy pierced through Alter Ego’s Game Three composition. He finished with a monster line of 16 kills and six assists without a single death. BREN Esports’ early game prowess in Game Three was in full display, with the troika of FlapTzy (Baxia), Lusty (Chou), and Pheww (Pheww) flanking both for Ribo (Pharsa) and KarlTzy.

But despite getting the bulk of the kills in the match, BREN Esports had a hard time taking down turrets in the 18:30-minute match.

BREN Esports, though, had its much-needed opening when a clash in Alter Ego’s bottom jungle separated the Indonesians. KarlTzy then found Udil retreating up top, took him down, and pulled a backdoor push to close out the match.

Alter Ego’s double core setup of Celiboy (Ling) and Pai (Clauded) failed to get their power spike, resulting in the loss.

The former had three kills, two deaths, and two assists, while the latter was limited to just a kill, five deaths, and three assists. 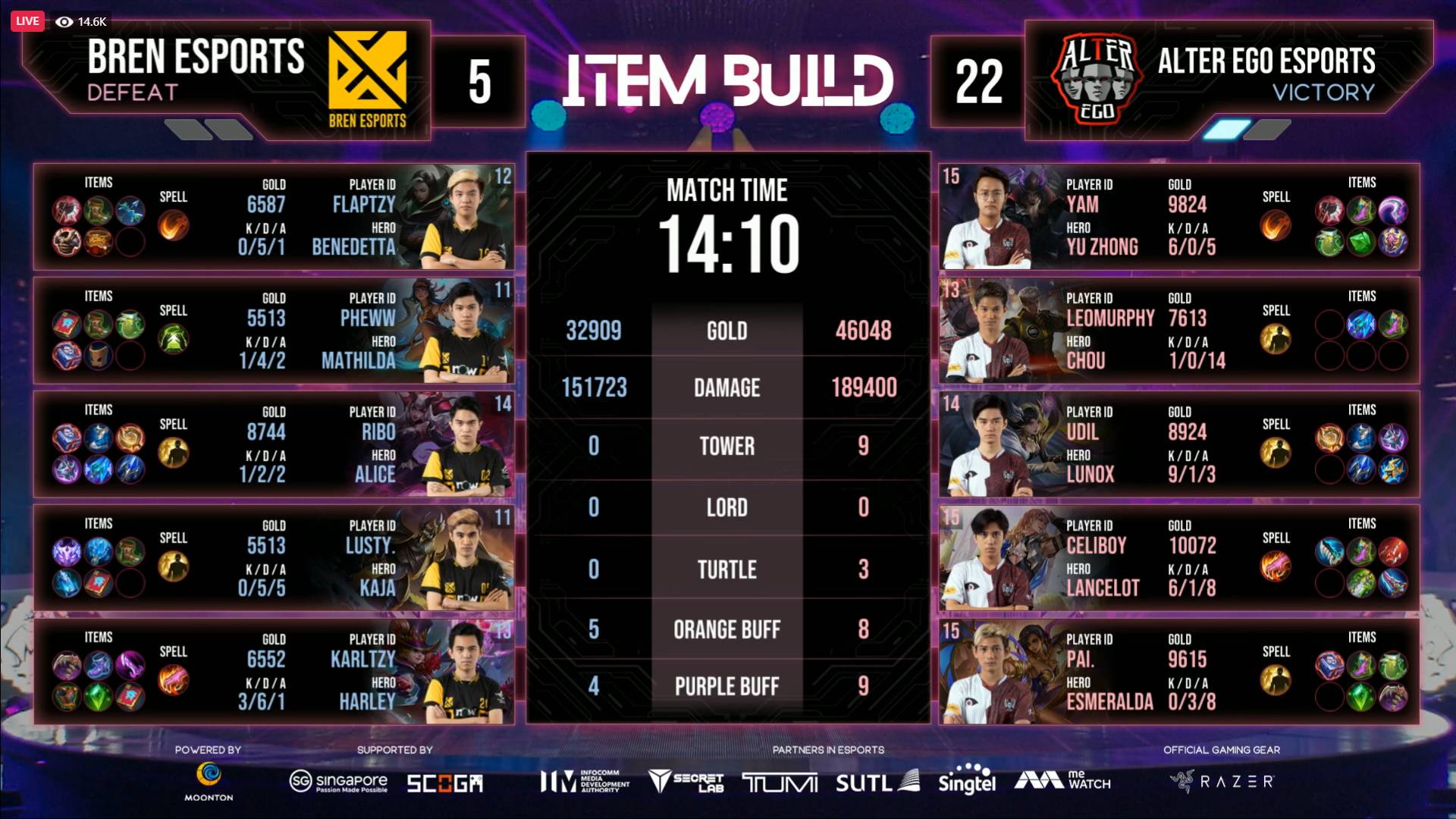 BREN Esports found themselves manhandled by Alter Ego in the opener, which put their M2 campaign in danger. Then the Lancelot-Yu Zhong combo of KarlTzy and FlapTzy gave the MPL-Philippines champion a new lease on life. 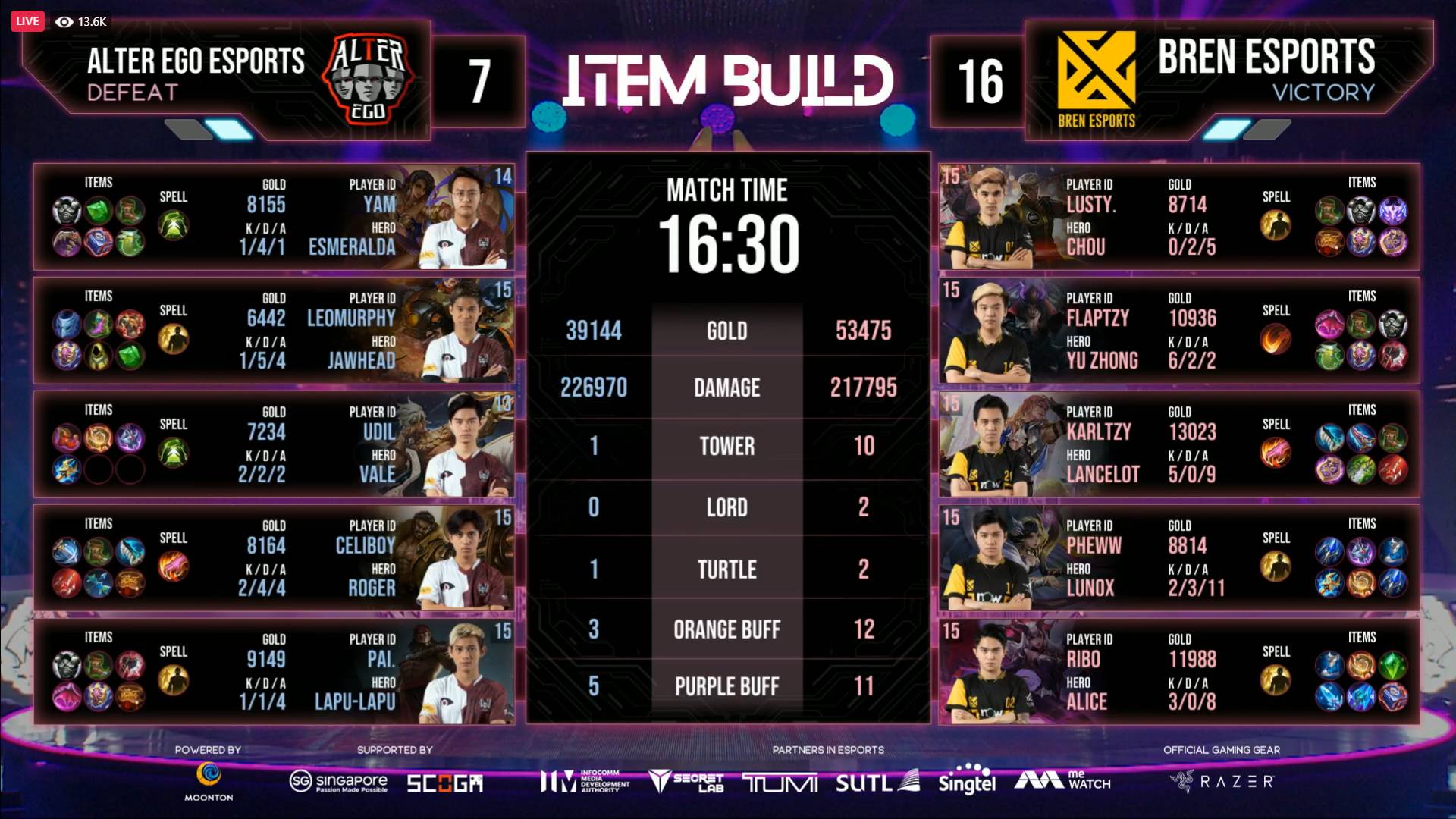 BREN Esports will be going up against MPL-Indonesia champion RRQ Hoshi tomorrow in a best-of-five series for the right to face grand finalist Burmese Ghouls.