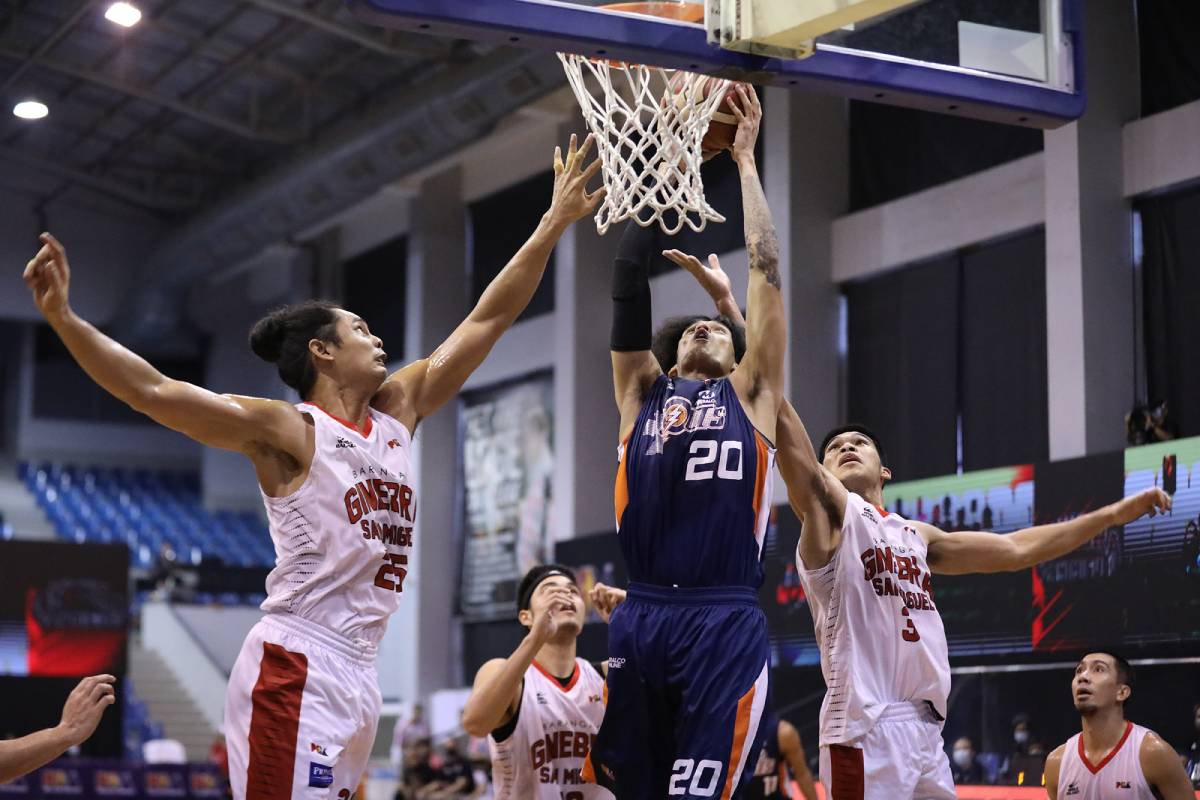 The 6-foot-8 slotman churned out a double-double of 11 points on 5-of-8 shooting from the field alongside 11 rebounds in nearly 21 minutes of play. And his powerful performance helped the Bolts equalize the series through an impressive 95-77 victory.

“I’m really happy for them, particularly Raymond. He’s really come a long way since his knee injury,” the decorated bench tactician said moments after the win that equalized the best-of-five series to one game apiece.

Earlier this season, the Bolts were managing the 31-year-old’s minutes. They chose to be patient with him while he was trying to regain his form following knee surgery.

Almazan suffered a meniscal tear in his left knee during the Bolts’ Governors’ Cup Finals series versus the Gin Kings last season, which they lost in five games.

According to Black, the seven-year pro faced challenges in terms of rehabilitation — no thanks to the coronavirus pandemic, which closed down many businesses, including gyms and health and fitness centers.

“People don’t realize during the pandemic, he didn’t really have a chance to rehabilitate because there was no place to rehabilitate,” said the decorated bench tactician moments after Game Two.

“Everything was closed down, so he could only rehabilitate at the end of the summer — or I should say American summer — around August, September. So he was way behind in his rehabilitation.”

Almazan was among the late-comers in the bubble , opting to continue his rehabilitation first. He arrived a few days before the season reopened, and did not play their first game versus Phoenix Super LPG.

That was the only game he would miss, as he played in their succeeding matches. Those outings clearly helped his progress, and Friday’s performance was an indication of that — much to the delight of Black.

“It’s only now that he’s starting to get himself into decent shape, and tonight his performance was really, really good for us.”