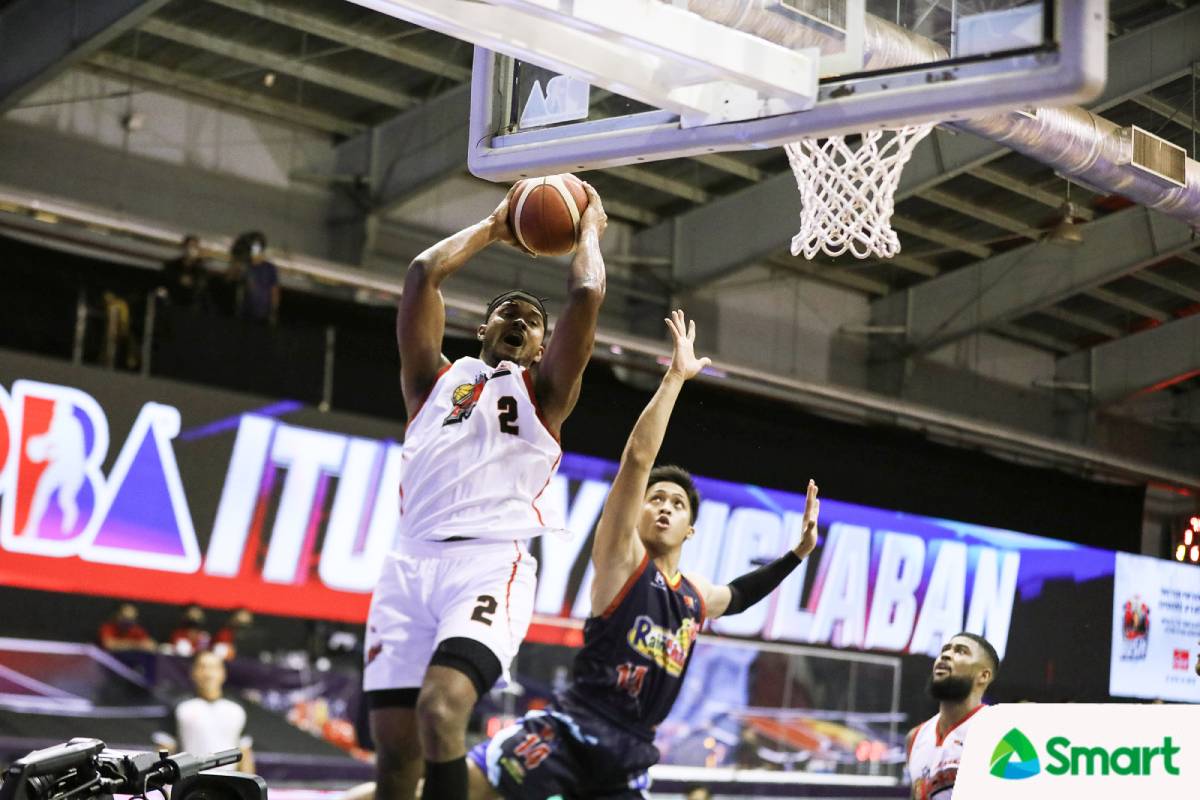 Alaska busted Rain or Shine’s three-game winning streak, 74-48, to end its own skid in the 2021 PBA Philippine Cup Wednesday at the Ynares Sports Arena.

The Aces opened the match with a 17-4 start, and that proved to be the prelude of a one-sided affair in their favor as the Elasto Painters never recovered on the way to one of their worst performances in league history.

Rodney Brondial top-scored for the Milkmen with 13 points and six rebounds as they collected their second win of the conference after suffering back-to-back losses in the hands of Magnolia and Phoenix Super LPG.

“Obviously we’re really happy that we’re able to get a win tonight. But I will say, I think what allowed us to be successful tonight was really how we approached losing the last game,” said head coach Jeff Cariaso.

“Mentally it’s a challenge when you lose two in a row with a quick schedule like we have. You can’t be too high, you can be too low, and I want to commend the guys for not being too low even after losing two games.”

Abu Tratter had a double-double outing with 12 points and 13 rebounds, while Maverick Ahanmisi added 10 points, six boards, and four dimes in the victory that hiked the Milkmen’s record to an even 2-2.

Alaska’s defense did wonders in the triumph as it limited Rain or Shine to a historic-low production. Per league stats chief Fidel Mangonon III, its 48 points is the second-lowest output by any PBA team in history.

It is behind the 47 set by Shell in a loss to Mobiline in the 2004 All-Filipino Cup. The Painters could’ve dislodged the Turbo Chargers had it not been for the triple by Adrian Wong in the game’s final seconds.

#ReadMore  Jarencio addresses detractors over Slaughter fiasco: 'I love you all'

Wong was Rain or Shine’s top-scorer with nine points in the loss that saw his squad shoot just 20.9-percent from the field (18-of-86), the lowest in franchise history and the new second all-time lowest by any team.

That dislodged the 21.0-percent NorthPort had in the season opener last July 16, when the Batang Pier lost to the Meralco Bolts, 63-85.

Furthermore, RoS only had 39 points heading into the final chapter, its second-lowest output across three quarters in franchise history — just behind the 38 it had in a 58-63 loss to Ginebra on Christmas Day 2008.

Rey Nambatac, who was averaging 17.0 points prior to Wednesday, was held to just five points in the humiliating defeat. Running mate Javee Mocon laid an egg in over 29 minutes, although he had 10 rebounds.